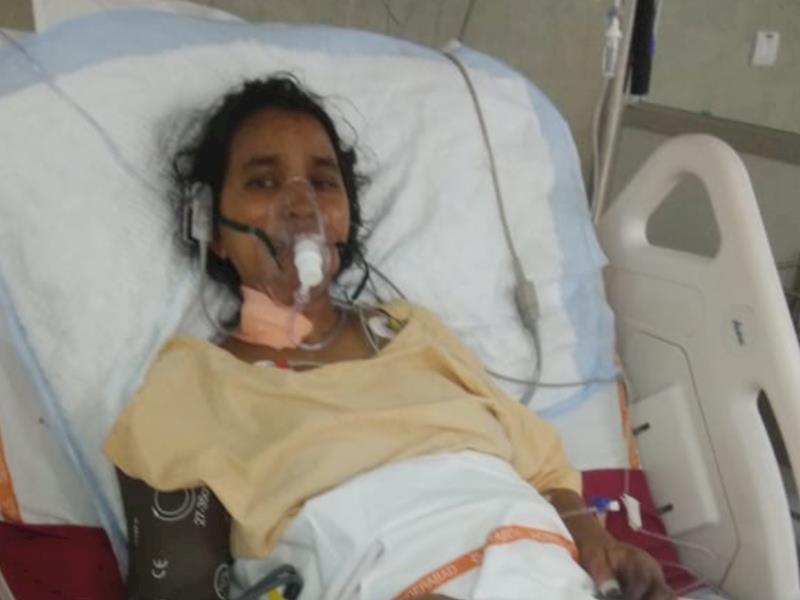 Given by 21 generous donors in 5 weeks

Sarita aged 35 years suffered from typhoid for last one and half month and earlier this week she has been diagnosed and doctors declared Heart Failure and as blood not being pumped to other parts of the body, multiple organs stopped working.

As her pulse rate is recorded between 40-50 and BP at 80/50. Treatment has been stopped for 2 days as her body is not supporting for treatment and was on ventilation only. As doctors diagnosed multiple organs failure, she has been advised for Vascular Surgery and Cardiac treatment at Yashoda Hospitals, Hyderabad.

She has been treated at Yashoda Hospitals and were about to do the surgery with a cost of upto 10 Lakhs but unfortunately Saritha has died in the hospital on Sunday, 4th of Aug 2019 Evening.

Saritha's family has exhausted all means of funds and had spent around two lakhs. They have maxed out on all funds collected from friends and family, however they are still short on the monetary aspects, and they have still balance payments to be done to the hospital and extend support to their two daughters and her husband. The Kids are aged 10 years old and 8 years old respectively. The father of the kids has to raise them, give them proper education, clothes, food etc. He cannot support the kids on his own as he works on a daily wage and with his wife Saritha's loss he cannot work the same number of hours as before, as he has to raise the kids ( This job previously taken care by Saritha)

They are hoping to receive some mercy by your act of kindness. Her two younger daughters are waiting for their mother at home with a hope that she will become healthy sooner again. They had not yet been told of her mother's big loss.

Saritha's husband Srinivas is a daily wages worker at their town.

She is my aunty.

Created by, and paying to a verified bank account of, Swapna Maarka on behalf of Saritha
Page Moderated The page has been checked by our team to make sure it complies with our terms and conditions.

Given by 21 generous donors in 5 weeks