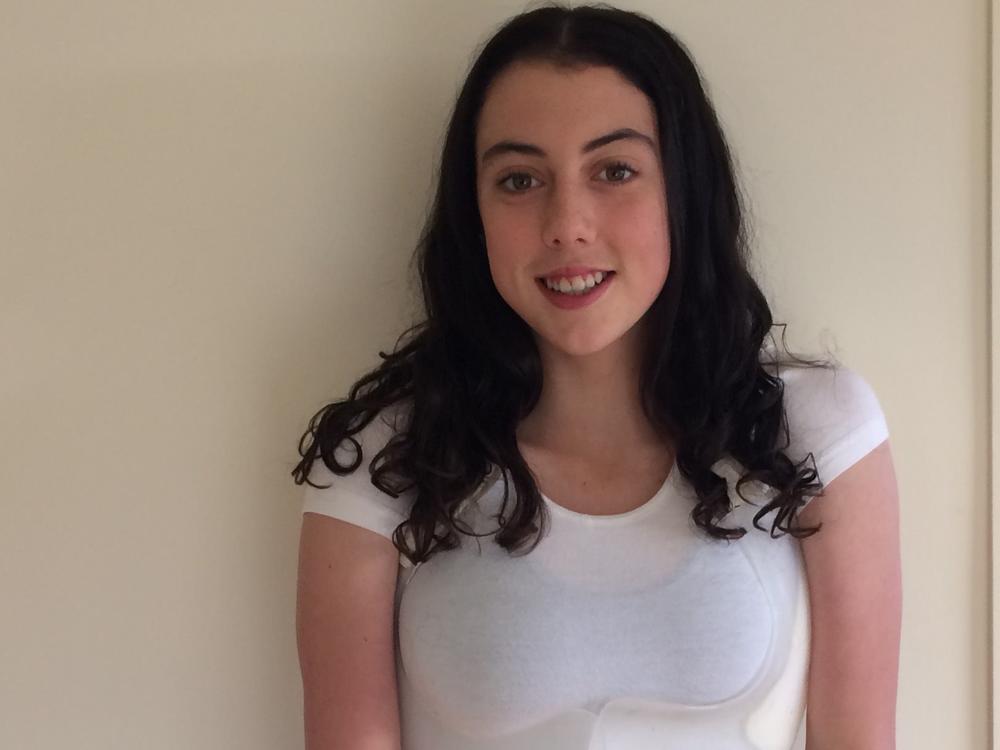 I have scoliosis and I am receving treatment in San Jose,CA, USA. I have a 50 degree thoracic curve and 47 degree lumbar curve.

Hello I am Renee

I am a 15 year old girl who has been diagnosed with scoliosis. Scoliosis is curvature of the spine. Around 2 years ago my rhythmic gymnastics coach saw I had a curve in my spine.so I went and got a x-ray where they said I had a 15 degree curve and I can do anything I want. But the one thing he didn’t tell me was that it would get worse and worse. Then 18 months later I went back and got another x-ray. I was told I have a 40 degree (Cobb angle) lumbar curve and I was to go see a scoliosis surgeon. For me surgery was the last resort as I was a rhythmic gymnast who recently won the nationals and represented the country in the Australian nationals and having surgery would stop me from pursuing my passion. After being told I needed to go see a surgeon my parents and I searched for a clinic which would offer me non-surgical scoliosis treatment. Fortunately we found a place called Janzen and Janzen, in San Jose CA, which offered the treatment I needed. We sent my x-rays through and we got a reply from them telling us there were actually two curves and my Cobb angles of the spine were incorrect. They were actually 59 degrees thoracic curve and 51 degrees lumbar curve and I would need to be over there as soon as possible. Within ten days my Mum and I travelled over to the clinic in San Jose, America where I started my treatment. I was there for just over 5 weeks.

The Janzen and Janzen clinic treats scoliosis with traction chairs to move the spine, spinal weighting to strengthen and a back brace which also moves the spine. The brace you have to live in for 23 hours of the day, which makes going to school hard as I am usually in pain most of the school day. I sit in the Traction chair for 42 minutes a day and I also do 60 minutes of standing in Spinal Weighting. I also need to do core, nerve stretching and schroth breathing.

Every 3 to 4 months I have to go back to Janzen and Janzen and have adjustments made to my chair, spinal weighting and back brace. This treatment won’t end until I have finished growing which will be about another 3 years. Each visit requires me to bring all my equipment with me as well as my Mums and my personal luggage, which is quite a struggle. When I am flying I have to have a sky couch to be comfortable as I can’t sit up for too long without being in a lot of pain, with the flight time to San Francisco being 12 - 13hrs, and the sky couch gives me the ability to lay down.

Once I have finished my back therapy’s I hope to get back in to doing rhythmic gymnastics and living life to the fullest potential as I wouldn’t be able to do if I had surgery.

Thank you very much for the support

Created by, and paying to a verified bank account of, G & K Macrae on behalf of Renee Macrae
Page Moderated
The page has been checked by our team to make sure it complies with our terms and conditions.

Want to get in touch with G & K Macrae?