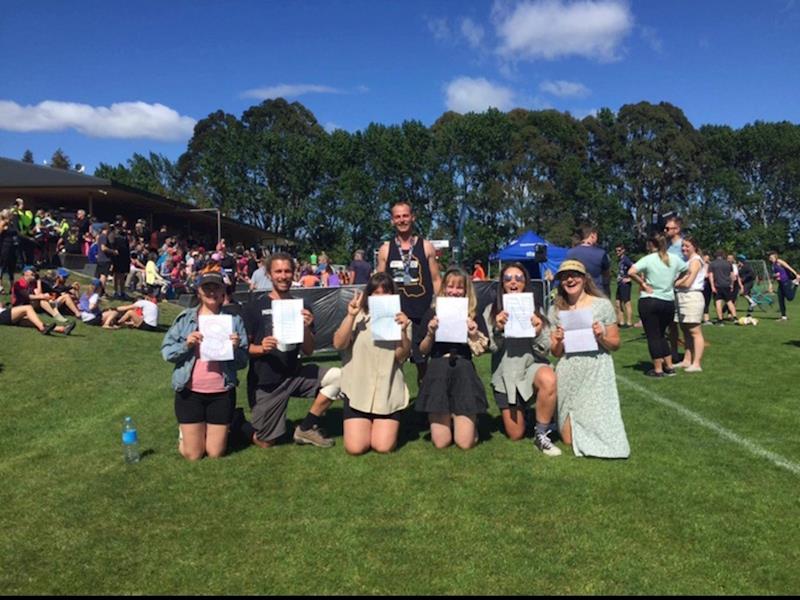 Running everyday for a month to raise money for Simon and raise awareness.

Myself and a group of friends will each be taking part in running challenges over the next month here in New Zealand in order to raise money for our wonderful friend Simon who has sadly been diagnosed with cancer. Like all of us backpackers, Simon came to New Zealand for an adventure and an adventure is what he has had!!!

We were all lucky to meet Simon at Kiwi Keith's in Napier which is where our little family was formed. This is where Simon met his lovely girlfriend Jade and they both decided to quit drinking and start running. Simon found a passion for running and took part in half a marathon (shockingly IN MOUNTAIN BOOTS ) and it was amazing to see how far he had come in such a short amount of time. He said his next challenge was a marathon and I just pray he wears trainers for that.

Not long after this Jade and Simon were trekking through the Abel Tasman on a 5 day hike and Simon noticed an unusual lump on his testicle so decided to get it checked out. After lots of tests he was told that it was cancer and he would have to get the testicle removed. Throughout this time Simons positivity was really inspiring, as he kept a smile on his face and continued his witty and hilarious outlook on life. After his operation we were all reunited in Dunedin where Jade and Simon were staying for his recovery, and he seemed to be doing great ( just missing his running!) Sadly though, after some blood tests they found out that the cancer had spread and that he would have to go through 12 weeks of intensive chemotherapy.

This is why we have decided to take on a running challenge, seeing as though Simon will have to give it up for a little while were going to take on his passion and see what all the fuss is about. Anyone is welcome to join in on the challenge, we can see how many kms we can all run over the next month and challenge Simon to beat it when he's better (impossible!) We thought it would be nice for anyone who takes part to send videos/pictures of them running with a little message to Simon and we can compile it together at the end and send it to Simon. Any messages from his friends all over the world will hugely lift his spirits. If you don't fancy taking part any donation will also be greatly appreciated.

The money raised will go directly to Simon and Jade as they will both be out of work for a long time, with Simon recovering and Jade looking after him( its hard enough being a working backpacker in New Zealand!) so they need all the support they can get during this time. Any little bit of money will help and we hope it brings some peace of mind to his family at home who can't physically be here to support him, but we will be doing the best we can to fill that hole!

Were keeping this as a surprise for Simon so want to keep it as private as possible so no sharing on social media please! But passing the link on to friends and family will be greatly appreciated and also to help spread awareness that this can happen to anyone at any time in their life.

Thank you all in advance for your support now LETS GET RUNNING!!!

We are a group of friends who met Simon in New Zealand.

food and rent during there stay in Dunedin.

Frank 10 hours ago
Hello Simon! Sue told me your story. Even if you don't know me, i think friend of my friend is my friend. So I wish you quick recovery and best regards from Czech Republic.
$30

Federico 22 hours ago
Hi simon! I wish you the best in this recovery, I send you lots of strength. I love you friend, very good times together in KK. a big hug I hope to see you soon
$100

Paying to a verified bank account of Jade Marriott on behalf of Our friend Simon
Page Moderated The page has been checked by our team to make sure it complies with our terms and conditions.

Want to get in touch with Lauren Reynolds?