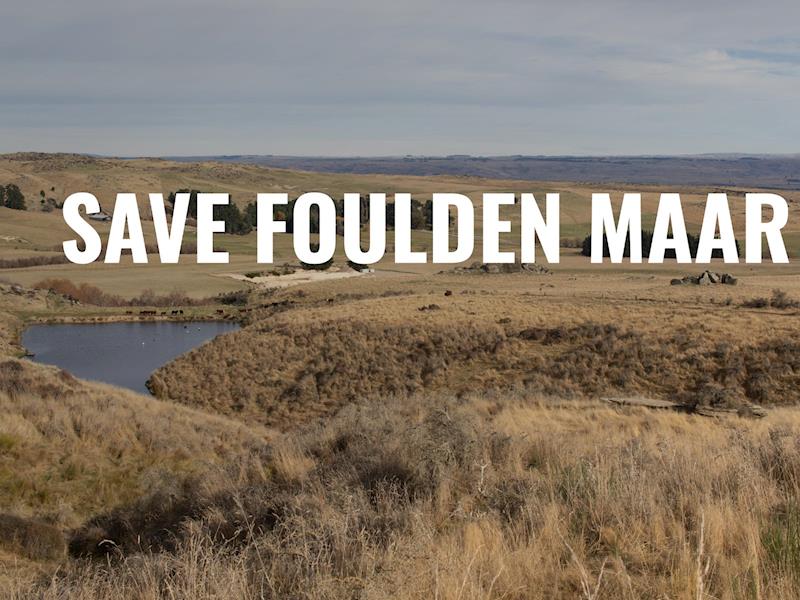 Can you help us to #SaveFouldenMaar?

$1,825 donated
Given by 44 generous donors in around 3 months
Share Closed

We are taking action to stop the destruction of Foulden Maar, near Middlemarch in Central Otago.

Foulden Maar was created 23-million-years-ago when a volcano erupted to form a shallow crater that filled with water. Over time, the bottom of the lake was built up with layers of microscopic algae to create a diatomite deposit. This deposit also contains a wealth of fossils and historic climate data, spanning hundreds of thousands of years.

But this unique geological treasure is at risk. Plaman Resources Limited (also known as Plaman Global) plan to mine the entirety of Foulden Maar, including the fossils and climate data it contains. They will export the diatomite as a stock food supplement on factory farms and feedlots, and as a fertiliser on environmentally destructive palm plantations in south-east Asia.

We have formed a group, called Save Foulden Maar, to take action and stop this pristine geological feature from being destroyed forever. We launched a petition (http://bit.ly/savefouldenmaar) and are now raising funds to stop the destruction of Foulden Maar.

What will we use the money for?

This is a grass-roots, community-led campaign that receives no funding. We are fundraising to support our campaign in the long-term, so that we may continue to put pressure on Plaman Resources Limited to abandon their plan to mine Foulden Maar.

At this stage of the campaign, we're unsure exactly what money will be used for. But you can be sure that it will go towards the protection of Foulden Maar.

We may use funds raised to purchase the land if it should come up for sale. This would allow us to protect Foulden Maar in perpetuity for scientific research.

We may also use funds raised to cover legal fees so that we might oppose any future resource consent applications by Plaman Resources.

We may also put funds raised towards providing public access and educational resources to the general public.

We may also use funds to organise scientific analysis of the site, so we can unlock the information contained within the maar.

Please visit our website, www.savefouldenmaar.co.nz to learn more about this important campaign.

Kimberley is a member of the Save Foulden Maar group and will administer the funds on its behalf.

Funds will be used to purchase the 42 hectares currently owned by Plaman Resources. If this is not possible, it will be put towards legal fees so that we might oppose any future resource consent applications.

Plaman Resources have gone into receivership and liquidation...  21 June 2019

Posted by: Save Foulden Maar

Plaman Resources, the foreign-owned company that wants to mine Foulden Maar, has gone into receivership and liquidation.

This is great news for the campaign to Save Foulden Maar, but it doesn’t mean the fight is over yet.

Plaman currently has an application with the Overseas Investment Office (OIO) to purchase 432 hectares of land surrounding their current mining operation. This is required to make their proposal commercially viable as it would give them the ability to fully exploit the maar.

We are unclear of what going into receivership means in terms of Plaman's application to the OIO. Nor do we know what the receiver intends to do with the company’s assets, which include 42 hectares of Foulden Maar.

The next stage in our campaign is to get the entirety of Foulden Maar into public ownership so it can be protected in perpetuity for scientific research and the good of humanity. We’ll be speaking with the community, with lawyers, and with decision-makers to figure out the best way to do this.

How can you help?

Come along to our public meeting on the future of Foulden Maar at the Otago Museum on Tuesday 25 June at 7pm.

Again, thank you for your support. We are so grateful to you all.

Created by, and paying to a verified bank account of, Save Foulden Maar (Group)
Page Moderated The page has been checked by our team to make sure it complies with our terms and conditions.

Want to get in touch with Save Foulden Maar?