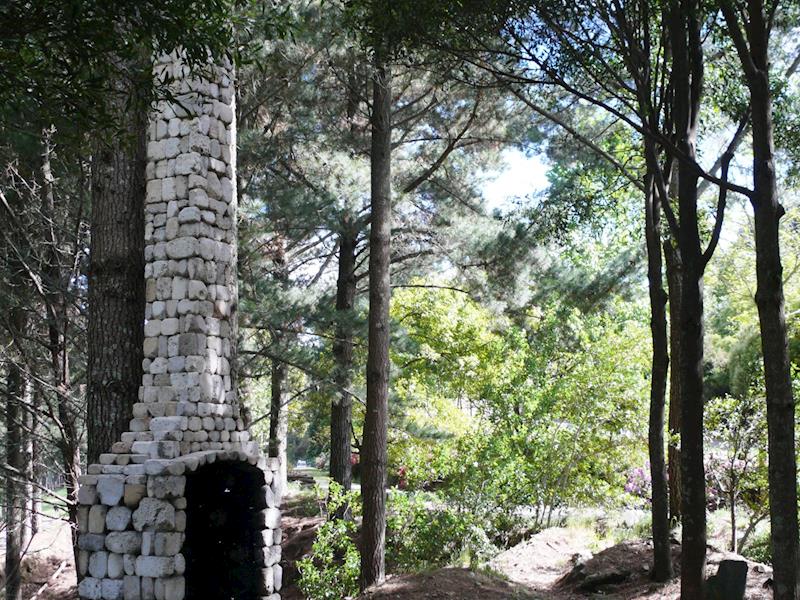 The Art-in-Nature Arboretum Trust runs The Sculpture Park at Waitakaruru Arboretum which is a former quarry that has been transformed into a 17.5 hectare arboretum with more than 20,000 trees from around the world. Along the 2 km long nature trail there are more than 100 sculptures and installations making it one of New Zealand's largest outdoor galleries. All of the park’s sculptures are NZ made, some tell thought-provoking NZ stories. www.sculpturepark.co.nz

Sustainability of nature and art are the driving forces of the park. Formed from derelict land, its trees are now protected long-term for carbon sequestration. The charitable trust provides environmental and creative inspiration.

To ensure the sculptures remain in optimum condition the sculpture collection needs renovation and renewal. The Trust has an opportunity to renovate an important sculpture and use any surplus to restore other sculptures within the park.

Here is the story behind the sculpture we are starting to renew:

’’The project looked at the issues encountered during the attempted settlement of the Mangapurua Valley of the King Country in the first few decades of the 20th century. One of the main problems was the unsuitability of the soil type for farming. As the forest was removed, the erosion released pumice from the Taupo eruption. The pumice congregated at the mouth of the Whanganui River where I collected it.

The settlement was a failure. The chimneys and introduced plants are the only signs remaining of the lives lived there. I found the place lonely and kind of haunted with disappointment. This is illustrated by the chimney; the white stone looks like a body with the blood drained out of it, cold as stone. Incapable of withstanding heat, the chimney now offers no comfort. ’’

The Sculpture Park at Waitakaruru Arboretum is a former quarry that has been rehabilitated to a 17.5 hectare arboretum with more than 20,000 trees from around the world providing the ideal backdrop for more than 100 Kiwi made sculptures.

All the funds will be used to renovate the current renovation project (Cold Comfort by Regan Gentry), if we exceed the target the money will be used for future renovations of more than 100 sculptures

Created by, and paying to a verified bank account of, Art-in-NatureArboretum Trust (Charity)
Registered Charity A Registered Charity has legal recognition under the Charities Act 2005.
Page Moderated The page has been checked by our team to make sure it complies with our terms and conditions.

Want to get in touch with Art-in-NatureArboretum Trust?