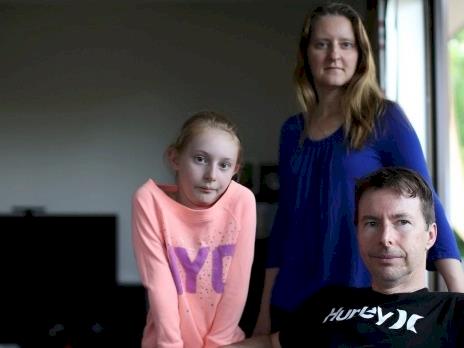 Closed Cause page created in the Education category by Jeff McClintock

Given by 102 generous donors in over a year

Support for families fighting Religious Indoctrination in New Zealand public schools. Our case is McClintock v Red Beach School Board and the Solicitor General. Funds are to help pay lawyer Richard Francois, who is generously donating his time pro bono and to cover any costs awarded against the plaintiff. This is a landmark case that may set a precedent for all NZ state schools.

I'm involved because I'm taking a case to the High Court.

Great news! The Court of Appeal’s Judge Harrison has ruled in my favor. I won my appeal to reinstate my case against Religious Instruction at Red Beach School.

Parents across the country have reported that discriminatory Bible classes are a nationwide problem. So we offered a settlement with the school involved in order to tackle the bigger case (against the government themselves).

Unfortunately, this settlement has become a roadblock. The school is unwilling to agree on the basic facts of the case.

So it’s onward and upward! Next stop – The Supreme Court of New Zealand. Our Lawyer Richard Francois is filing the necessary paperwork. Richard is a great guy who is passionate about the rights of New Zealand children, so is working pro-bono!

Thanks again for your generous support!

We have used some of your donations to pay court filing fees and related expenses.

Recap: The case so far.

Red Beach Primary School is a state school that allows local church members to take classes each week. These classes involve Bible readings, teaching creationism, and singing songs of praise such as "He Is King " and "Thank You Lord".

Because of this deception and the treatment of children who try to opt out of the program, I believe Red Beach School is in breach of the New Zealand Bill of Rights Act, the Human Rights Act, the Education Act, and the Care of Children Act.

In April, the case was struck out on a technicality. The judge’s reasons included my lawyer being late filing some submissions and Red Beach School's claim that the litigation has attracted unwelcome publicity.

I appealed this decision at the Court of Appeal because there were good reasons for our submissions being late. We were attempting to negotiate a settlement with Red Beach School, while also joining other parents to the case to back up my evidence. Secondly, given the treatment of children by the school, and the refusal of Red Beach School principal Julie Hepburn to attend mediation, or to even meet me to hear my concerns, I felt any embarrassing publicity suffered by the school was entirely justified.

I won this appeal.

Judge Harrison ruled that the proceeding was not ready for trial anyhow, so delays with our paperwork were not relevant. He also stated that striking out my claim to satisfy Red Beach School was pointless (since I am free to file a fresh proceeding anyway).

However, the judge attached restrictive conditions, one condition being that I reach a settlement with Red Beach School (and remove all mention of them from my evidence). This gave Red Beach School the power to delay the case indefinitely by refusing to negotiate a fair settlement.

This is not good enough. There are important legal issues relating to religious freedom in this case. Matters of public interest. Almost half of the population of this country are without faith, and there is an overall majority who are not Christian. Our children should be free from forced prayer and Religious Instruction in public schools.

I have a legal right to sue the government (section 27 of the New Zealand Bill of Rights Act 1990) and the judge has removed that right by giving the school the ability to stall the case. The Crown is a model litigant with special responsibilities, which includes the requirement to act fairly and honestly in accordance with the highest professional standards and ethical obligations. By gaming the process of reaching a settlement, Principal Julie Hepburn and the Red Beach School Board of Trustees have not met that standard.

As a result, I have instructed my lawyer Richard François to appeal this judgement to the Supreme Court and if necessary the United Nations Human Rights Committee.

Created by, and paying to a verified bank account of, Jeff McClintock
Page Moderated The page has been checked by our team to make sure it complies with our terms and conditions.

Given by 102 generous donors in over a year