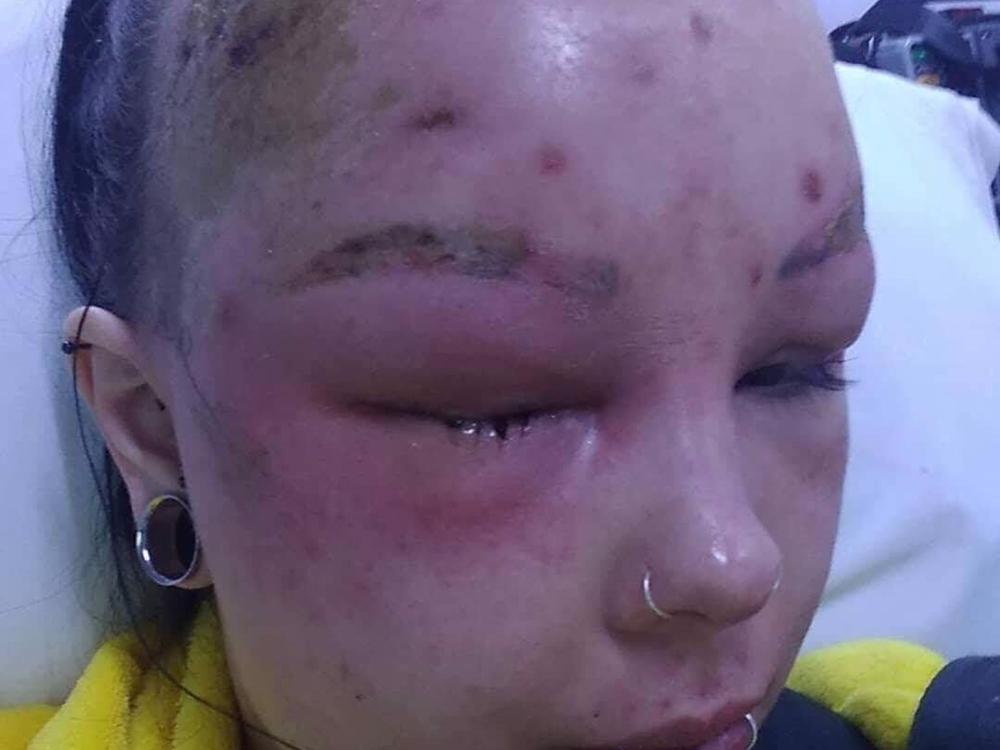 Jessica is beautiful both inside and out. Please help her to feel confident while she recovers, and pay her rent while she can't work.

In February of this year Jessica had hair waxed from her legs, bikini and face. Nothing unusual so far, and it's something she's had done several times before. But a few days after this particular time, she noticed some small red lumps developing on her legs. She thought hey might be ingrown hairs, so wasn't too concerned.

The lumps didn't go away. They multiplied in size and number. Jessica went to her doctor who prescribed antibiotics. The lumps (and now sores) got a bit better, but once the antibiotics were finished they came back.

Long story short, the infected lumps developed into sores and abscesses, and spread over her legs and also onto her face and scalp. Her hair fell out where the abscesses were, her eyebrows were lost to scarring. This continued for 4 months, with three rounds of antibiotics, but the antibiotics were not enough.

Finally, on Sunday (10 June) her body became overwhelmed by the infection and she was rushed to Middlemore Hospital. Her face was swollen, she couldn't see out of one eye and the other was almost swollen shut too. Her skin is covered in sores and abscesses. Her scalp has been shaved to allow the abscesses on her head to drain. My poor girl is a MESS!!

Jessica will be unable to work for several weeks while she is in hospital getting the infection under control, and afterwards while she recovers. She is self-employed, so no work = no income.

We are hoping to raise money to buy Jessica a human hair wig that she can wear while her scalp recovers and her hair grows back. And money for her rent and expenses while she is unable to work and support herself.

Please help my beautiful girl! She is devastated by what has happened.

Jessica is my beautiful daughter. It breaks my heart to see her suffering like this.

All money raised will go towards a wig that Jessica can wear while her scalp and hair recover, and to cover her living costs while she is not able to work.

Thank you so much everyone for your generosity so far. At this point Jessica is making progress with her healing, but is still in hospital and likely to be there for a bit longer. Recovery time may also be longer than initially anticipated, too, so we've chosen to adjust the donation goal as we're not sure how long Jessica will be unable to work.

Petra on 24 Jun 2018
I love you so much babe. I'm so sorry you're going through this. This too will pass, it will get better and until it does you have all of us to support you x
$50

Created by, and paying to a verified bank account of, Petrina Curran on behalf of Jessica Curran
Page Moderated
The page has been checked by our team to make sure it complies with our terms and conditions.

Want to get in touch with Petrina Curran?