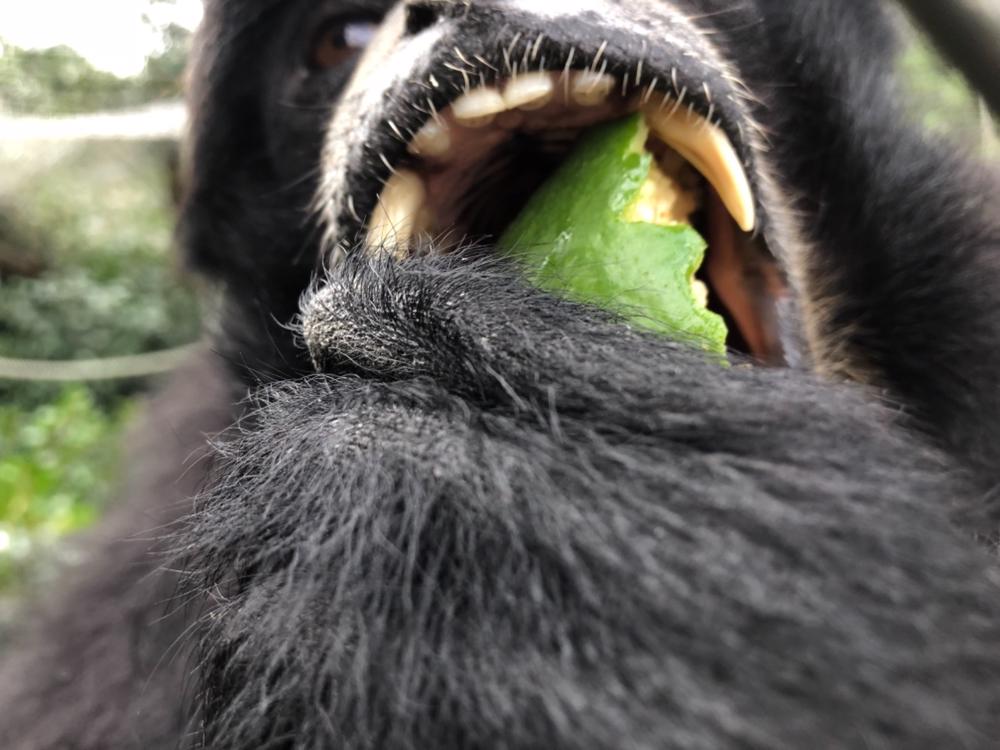 In the month of August I’ll be mimicking a gibbon diet and only eating fruit, vegetables, eggs and insects to raise money for gibbons.

If you know me you’ll know that I appreciate a donut or two, am a self diagnosed sugar and coffee addict, and celebrate everything involving butter, cheese or cream. I consider “food” one of my hobbies. I have spent the last month weaning myself slowly off coffee in preparation (the last time I tried to give up, I got serious withdrawls and spent a whole day vomiting)...I'll be giving it all up this month for gibbons!

On the 8th of August I’ll be eating like a gibbon for 30 days to raise money for a gibbon rehabilitation centre in Malaysia, Gibbon Protection Society Malaysia (GPSM). Gibbons eat fruit, leaves (which I will be replacing with vegetables), seeds, insects and eggs. I have allowed myself to cook the vegetables in a little bit of oil, and to season with salt and pepper but that's it!

Malaysia is home to five species of gibbons, all of which are classified as Endangered by IUCN: the Siamang, the White-handed Gibbon, the Agile Gibbon, the Muelleri Gibbon and the Abbot’s Gibbon. Due to their popularity as pets, illegal poaching to feed the black market is rampant and coupled with the continuous habitat loss, these gibbons are now on the verge of extinction.

Malaysia is the only gibbon range country that still does not have any official effort for Gibbon Rehabilitation, while other neighbouring countries established gibbon rehabilitation efforts in the 1990s. GPSM has been rehabilitating gibbons in Peninsular Malaysia using an IUCN-compliant gibbon rehabilitation protocol and receiving training in proper gibbon rehabilitation and care. They received the Save The Gibbon Emergency Fund in April 2017 to construct three enclosures, which currently serve as home for eight rescued gibbons. This year they are seeking funding to build a proper breeding cage for a newly adult pair of gibbons to prepare them for their release in the wild.

After working with Siamangs, I developed a real love for gibbons and felt compelled to help conserve them in the wild. I found out about Gibbon Protection Society Malaysia through researching non-profit organisations and was inspired by their story and commitment to gibbon conservation in Malaysia.

All funds raised will go towards Gibbon Protection Society Malaysia. Money raised will be put towards their rehabilitation centre, which is currently home to eight rescued gibbons. These gibbons will eventually be released back into the wild.

Created by, and paying to a verified bank account of, Grace Watson on behalf of Gibbon Protection Society Malaysia
Page Moderated
The page has been checked by our team to make sure it complies with our terms and conditions.

Want to get in touch with Grace Watson?