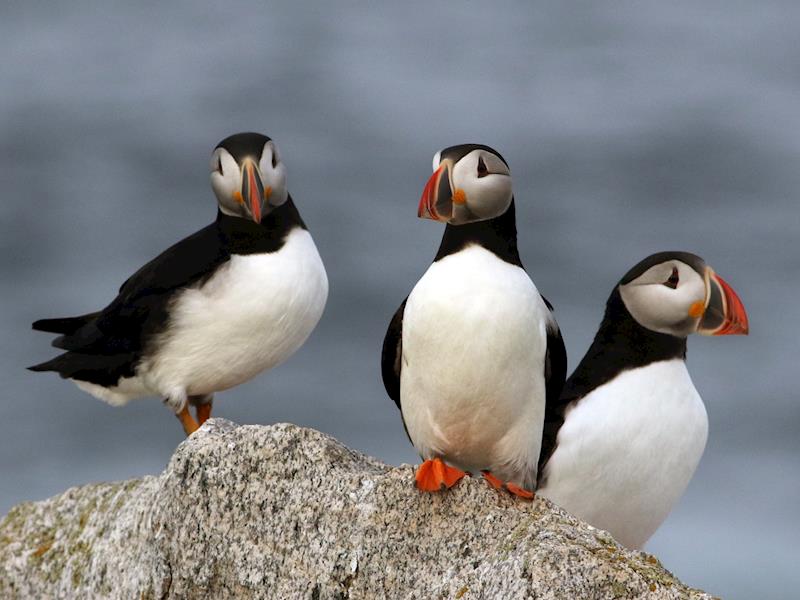 Closed Cause page created in the Animals category by Victoria (Vicky) Holloway for "Project Puffin - https://projectpuffin.audubon.org"

$155 donated
Given by 6 generous donors in 13 days
Closed

Live stream for https://projectpuffin.audubon.org. These beautiful seabirds are currently being impacted by pollution and climate change.

Join Squibble Design for a week-long live stream charity event! We will be raising money for Project Puffin (https://projectpuffin.audubon.org) to aid their conservation and seabird restoration programs.

Project Puffin was founded in 1973 by the National Audobon Society, and they have been working since then to relocate and restore Atlantic puffins to their historic nesting islands in the Gulf of Maine. Atlantic puffins are also found in Europe, the British Isles, the Faroe Islands, Iceland, Greenland, Norway, and Atlantic Canada.

While puffins are not endangered, they are now listed as Threatened/Endangered in Europe by the International Conservation of Nature (IUCN)

Environmental issues such as climate change, pollution, and over-fishing of smaller forage fish species adversely affect all seabirds. The ongoing research by Project Puffin can help us understand the impact these changes are having on seabird populations.

Here in New Zealand for instance, the relocation methods developed by Dr. Steve Kress for Project Puffin have been used to restore the rare Chatham petrel (https://www.smithsonianmag.com/science-nature/a-puffin-comeback-126970 ), and also the Australasian Gannet (https://www.notornis.osnz.org.nz/system/files/Sawyer%20%26%20Fogle%202013.pdf).

I am an artist based in Wellington, New Zealand and I love to paint and draw animals. I would like to give back by raising funds to support the research and conservation of the beautiful and endearing puffin birds.

I will be painting and drawing puffins all week on my Twitch channel: https://www.twitch.tv/squibbledesign

I am a creative Twitch streamer specialising in painting animals. I would like to raise money for Project puffin to help these beautiful seabirds which are now being severely impacted by pollution and climate change.

The money from this fund-raiser will be donated directly to https://projectpuffin.audubon.org. Project Puffin interns look after the nesting habitat by removing invasive plants and cleaning up rubbish. They also study seabird food supplies.

Entomopathogenic on 26 Jul 2019
Just to round out the total between the auction and the donations here :)
$6.56

Created by, and paying to a verified bank account of, Victoria (Vicky) Holloway on behalf of Project Puffin - https://projectpuffin.audubon.org
Page Moderated The page has been checked by our team to make sure it complies with our terms and conditions.