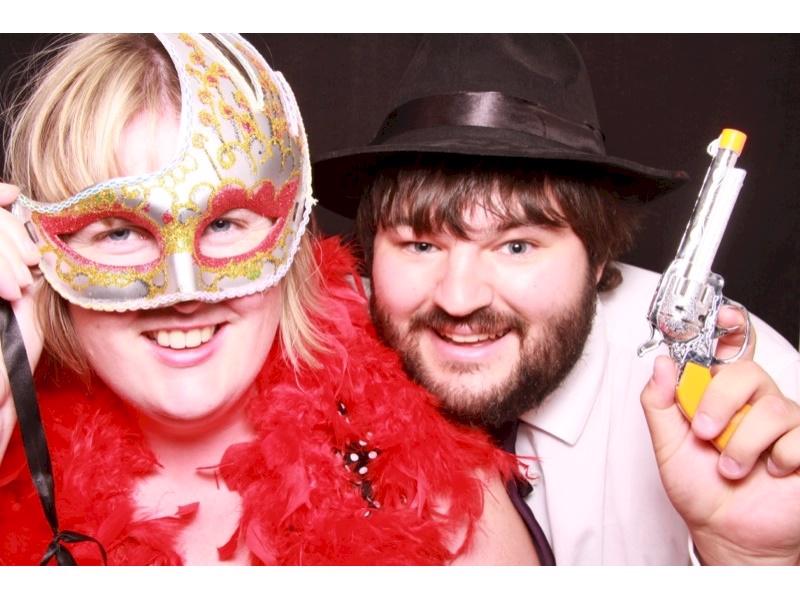 Steven Ashley, our good friend and colleague, has an aggressive brain tumour.

It has robbed him of his speech, movement and vitality. He is just 28.

Just seven weeks ago Steven and his wife Nicola were a happy young couple, looking forward to the arrival of their first child. Now doctors have indicated he may only have a few days left to live.

For a man with such a sparkling personality, sharp intellect, wickedly good humour and love for life this is nothing short of a tragedy.

Both Steven and Nicola (née Quinlan) grew up in Christchurch and knew each other as babies. Their families lost touch, only for Steven and Nicola to meet again at high school, where they started going out. They were engaged for a number of years, and eventually tied the knot in October 2012.

Steven has always been passionate about computers and programming, and he excelled so much in this field that he decided to make it his career. He graduated from the University of Canterbury in 2006 with a BSc in computer science. Whilst a student he worked at Telogis as an intern developer, and his internship was so successful that after graduating he became a full-time developer there. He has worked at Telogis ever since. At Telogis he is held in the highest esteem and has made a huge contribution to its success. He has designed and led the development of entire applications and was posted to Europe for a short period to work closely with a customer over there.

Steven is always keen to share his knowledge and experience and his desire to succeed has never been at the expense of others. He has attended many Meetups in Christchurch over the years. His compassion for other people motivates him to ensure that they are given a fair chance, especially if they are new. But he has strong ideas about the right way to do things and will always argue vigorously in defence of his proposals.

Steven's passion for programming extends way beyond his day job. He has attended conferences in New Zealand (such as Kiwicon) and Australia, and made some small contributions to the design of the rust programming language. He has always had a number of hobby projects on the go, and has used these to keep up-to-date with the latest technologies, often being a enthusiastic advocate for them way before they achieved mainstream popularity. In the case of the Haskell programming language he is still waiting for it to get popular!

Away from programming, Steven enjoys board games and computer games, and often has people around to play at the weekend. He has had a slightly sporadic interest in guitar playing, but one constant has been his enthusiasm for good food, particularly Nicola’s cooking.

Last year Steven and Nicola went on a fantastic world trip, partly as a belated honeymoon and also partly as a final holiday for Nicola's mum Robyn who had terminal cancer and who passed away in July this year. In a tragic twist of fate, that world trip has turned out to be Steven's last big holiday as well.

Last March Steven became an uncle for the first time, but he won't be around to say hello to his own first child when she arrives next May.

Our appeal is to all Steven's friends and family, including his many friends here at Telogis. Any donation, no matter how small, will be gratefully received and go directly to supporting Nicola and their baby daughter on the way.

Finally, our thoughts go out to all of Steven’s family, especially his parents Kevin and Tess, his siblings Jared and Tracey, and his brother-in-law Te Ngarahau. We wish them strength at this very difficult time.

It is with heavy hearts that we tell of Steven's passing away.

Our thoughts are with his wife Nicola, their daughter-to-be and his extended family and friends.

Thank you everyone for your amazing support and generosity thus far. It has been incredibly touching to see even those who didn't know Steven personally extend their love and compassion to this amazing man.

As his friends and colleagues we will miss him greatly, while always remembering how much he gave to us all.

Phil & Fei Hsia Cahill on 30 Jan 2015
Reading this story hits really close to home for us. The are many similarities between this story and our own lives including Steven's age, interests and choice of career. We are currently going through a similar battle ourselves, only I have been lucky enough (not that lucky is an appropriate word) to be fighting a curable brain tumour. We too found out about it around the same time, and my wife too was pregnant when we found out. I have been blessed to be able to be at the birth of our twin boys and feel even more blessed that will be around as they grow up. We feel very deeply for you Nicola and what you are going through. We send you and your family our heart-felt and most sincere condolences and hope that our small donation will go some way to helping you get the support you need when baby arrives. God bless.
$100

The Harnetts on 20 Jan 2015
So sorry to hear the sad news of Steven's passing. You are in our thoughts and prayers.
Private

Nicholas Famighetti on 08 Jan 2015
As a new parent, I know the pile of diapers will disappear as quickly as it is filled. I hope this helps. My condolences to all those who knew and will miss Steven. Everyone's kind words make me saddened I did not have the chance to meet him.
$750

Created by, and paying to a verified bank account of, Telogis NZ (Group)
Page Moderated
The page has been checked by our team to make sure it complies with our terms and conditions.

Want to get in touch with Telogis NZ?