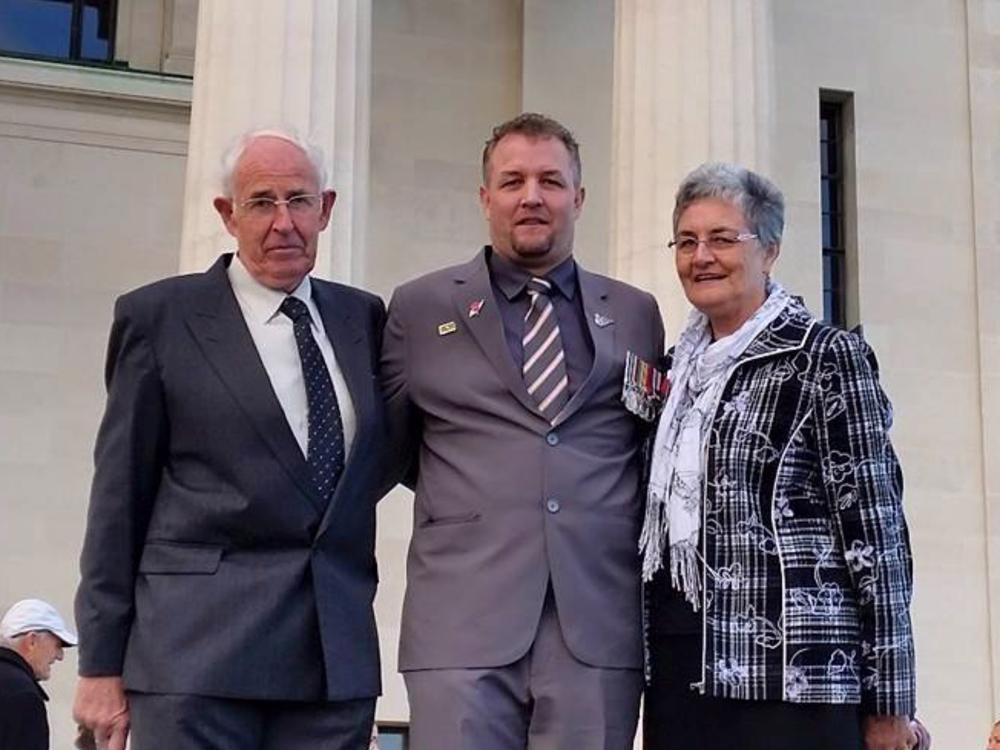 $1,880 donated
Given by 29 generous donors in around 4 months
Share Closed

I'm starting this page to help my uncle raise the funds needed to purchase equipment for the Invictus Games after his helicopter crash.

Stevin Creeggan has recently been selected for the New Zealand Invictus Games team for the 2020 games to be held in The Hague, Netherlands.

He is the sole survivor of the ANZAC day 2010 Iroquois crash in Pukerua Bay, New Zealand.

Where he sustained multiple injuries, and now has:

∙ Three fused vertebrae in his lower back.

∙ One plate, 3 screws, and two large pins holding the ball on the neck of his right femur.

now 25mm shorter than it used to be.

∙ He now lives with constant pain in his back, right leg, right shoulder, and neck.

Due to the crash involving two exceptionally high “G” force impact’s, it has meant that arthritis has already taken over his spine and other injury sites.

He has limited mobility, as such, he is unable to run, walk any distance, sit or stand for any length of time.

A little more about the Invictus Games:

The Invictus Games have been championed by Prince Harry to involve both serving and ex members of the defence forces. There is a high suicide rate amongst ex service persons, this is due to losing the life/career that they know and the support that was there through their mates. The idea being that the Games encourage rehabilitation through sports and teamwork that also helps to show the Invictus Games team members that they are still useful. To participate you have had to have suffered an injury and serious illness whilst you were serving. New Zealand selects its team not only taking into account the injury or illness but also where they are in their rehab journey.

If you would like to keep up with Stevin's journey you can follow him on Instagram and see all the updates from the trainings and from the Games.

Raising funds to support my uncle for the Invictus games equipment he needs.

Any funds raised will be used to purchase equipment needed for the Invictus games listed below:

Any remaining funds will be used to support my team mates with their costs.

Paying to a verified bank account of John Creeggan on behalf of Stevin Creeggan
Page Moderated
The page has been checked by our team to make sure it complies with our terms and conditions.

Want to get in touch with Brylee Coad?