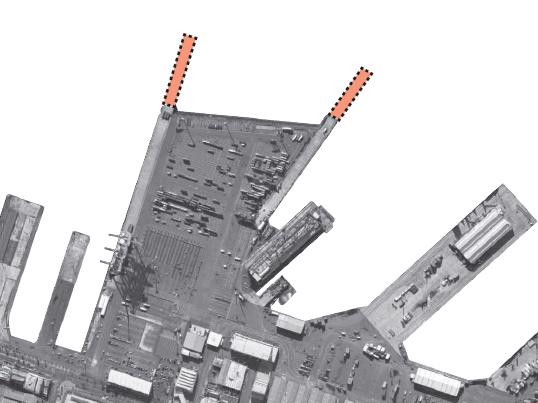 Ports of Auckland is about to start extending Bledisloe Wharf by nearly 100m into the Waitemata Harbour.

Aucklanders have recently paid $40 million to Ports of Auckland to create the harbour gateway to our city on Queens Wharf.

The Bledisloe Wharf extensions will completely block the view from Queens Wharf to the outer harbour, one of the most significant views on our waterfront. The extensions will also unnecessarily narrow an increasingly congested harbour.

The Waitemata Harbour is one of Auckland’s greatest asset, one we hold in trust for future generations.Through the actions of the Ports of Auckland and Auckland Council it is now under further threat.

Resource consents for the extensions were issued in October and December 2014 without any consultation, notification or knowledge of the wider Auckland community and other stakeholders - this despite high levels of public interest and while the contentious issue of Port expansion is being addressed in the Unitary Plan hearings.

Without wider consultation with stakeholders and the public, and before a broader long-term study, Auckland Council is enabling Ports of Auckland to increase its land footprint.

The Bledisloe Wharf extensions must be stopped immediately.

Auckland, the Waitamata Harbour needs your help. If Aucklanders shout loud enough, the Mayor, Councillors and Ports of Auckland will have to listen.

Ryan Parkin on 26 Jun 2015
Thanks guys, great result it would be a different story without the efforts and generosity of people like you.
Private

Created by, and paying to a verified bank account of, Society for the Protection of Auckland Harbours - SPAH (Group)
Page Moderated
The page has been checked by our team to make sure it complies with our terms and conditions.

Want to get in touch with Society for the Protection of Auckland Harbours - SPAH?