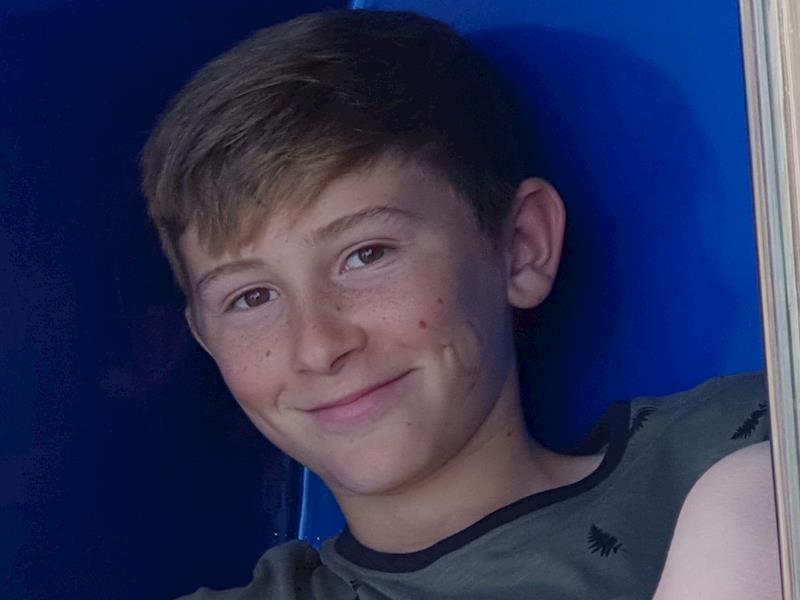 This page is to support our Mum and Dad through the tragic loss of our little brother Mac.

The horrific car accident at Mangatainoka on Thursday 4th April claimed the life of our amazing little brother Macauley (Mac) Arnott, who was only 13 years old.

Mac would have been turning 14 on Friday 12 April, he was so excited and looking forward to their planned family trip on the weekend to Adrenaline Forrest to celebrate his birthday.

Mac was the youngest of seven and was adored by all his older brothers and sisters, and in return he also had endless love for all his family. Mac was a kind and gentle boy, with an eagerness to learn, he was interested in anything that was new to him, and had a curiosity that made him thrive.

Mac lived in Pahiatua enjoying farm life and had a great sense of adventure, loving to explore new things. His quirky sense of humour and amazing creativity & imagination are also things that we will all remember him for.

Mac’s hobbies included collecting rocks, drawing, playing squash and had a new found love for cricket. He played squash and cricket alongside his BMF (Best Mate Forever) Koben, who he was travelling to a squash game with at the time of the accident. The accident also left Koben in an induced coma with serious head injuries and killed Koben’s father Kevin.

Adjusting to life without Mac will be extremely hard for all our family, and also for Mac’s many many friends. Not a day will go by where he isn’t thought about, remembered, and missed.

Any funds raised from this will be put towards Mac's funeral expenses and any ongoing costs. Your help and support at this difficult time is greatly appreciated.

We are two of Macauley's (Mac) sisters, both of us were very close to Mac and we know that times ahead are going to be very tough for Mum and Dad especially. We want to help in any way that we can.

To help with Funeral expenses and to gather our family to support each other at this hard time and to farewell little Mac.

Sandra Cannon on 25 Apr 2019
So sorry for your loss Kaitlyn and family. Hope to see you and Hayden at the Lake next summer.
Private

Delwyn and Alistair on 18 Apr 2019
We didn't know Mac but know that he was Kobens best mate. Mac has been in our hearts and minds and we will always think of him and your family. X
$100

Bisset Honda, Pahiatua on 18 Apr 2019
Our hearts go out to Mac's family during this very sad time. Please let us know if there is anything we can do to help, either now or in the future.
$250

Roland and Marie Laird on 17 Apr 2019
We are Kevin's aunt and uncle in Canada. We are so sorry for your loss.
Private

Created by Kaitlyn & Bailey Holtham, paying to a verified bank account of Kaitlyn Holtham on behalf of Macauley’s Family
Page Moderated The page has been checked by our team to make sure it complies with our terms and conditions.

Want to get in touch with Kaitlyn & Bailey Holtham?