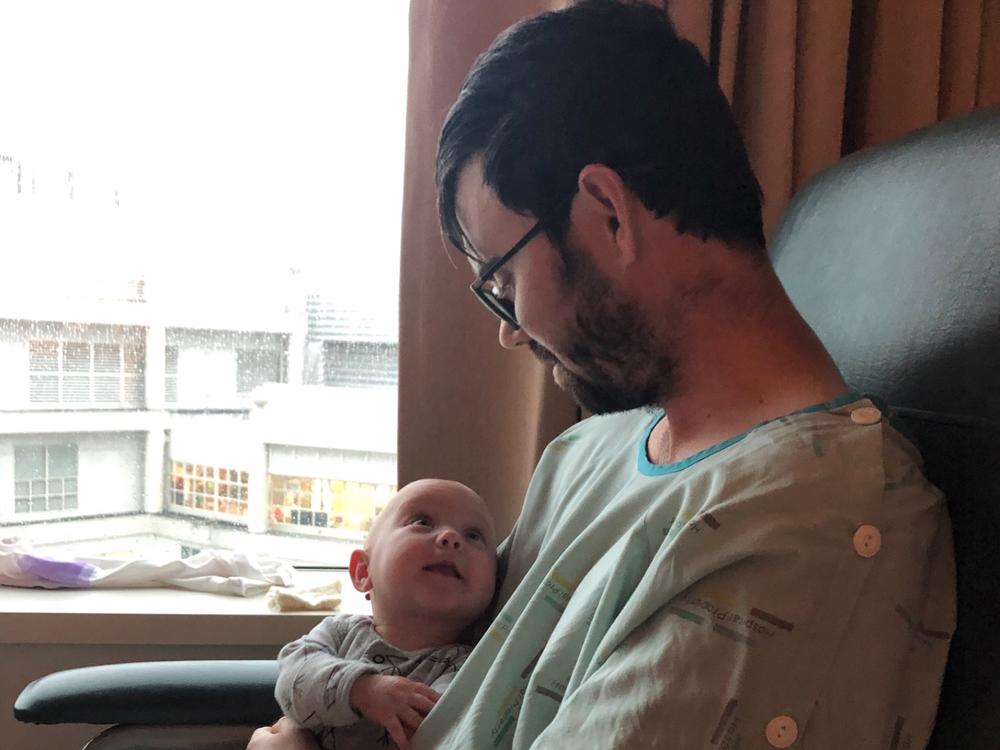 Help support Richard with his ongoing medical costs while he fights against a rare type of Brain Cancer.

Thank you for taking the time to come and have a look at Richard’s story.

Richard is 31 years old and has been diagnosed with diffuse midline glioma. Basically this means there is cancer in the stem of his brain that controls his nervous system, cognitive system etc.

We trusted the GPs we saw, and took the medication they prescribed but Richards headaches slowly got worse and worse.

Fast forward to Saturday, May 30th. I noticed Richards speech was slurred and he couldn’t walk in a straight line. We went to the urgent medical centre to check him for signs of stroke and he was checked off and sent home with more vertigo pills.

The next day, Sunday May 31st, I couldn’t understand a word Richard was saying. We called an ambulance fearing that this was a stroke and we were rushed to Waitakere hospital.

Two CT scans at Waitakere Hospital were conducted and within four hours of being in the emergency room Richard was confirmed to have a brain tumor. It took the hospital FOUR HOURS to find an answer to the symptoms that we had been going to the GP for MONTHS about.

Richard was then transferred to Auckland Hospital, and for ten days I watched him go from completely independent to completely dependent for almost every daily task.

June 10th Richard had a part of his brain tumor removed. Because they needed to cut this out of his cerebellum he has lost a few motor functions that would be controlled by this area of his brain. He is still recovering from surgery and we hope once things internally start to heal he will be able to relearn some of these motor functions such as speaking, walking and standing.

Two weeks after Richards surgery we received his pathology results. He was officially diagnosed with Diffuse Midline Glioma Brain Cancer. Right now there is no cure for this very rare type of cancer.

Richard starts Radiation on Monday and we are hoping this will put a pause on the growth of his tumor so that we can enjoy as much time with him as we can. Chemotherapy will not work for this type of cancer.

The oncologist has said Richards prognosis is not good as they can not provide him with a cure or a NZ/AU based clinical study. The average life expectancy for a person with this specific cancer is 12 months from diagnosis. However that being said, there are current ongoing clinical trials in America and Switzerland which have both been showing promising results in extending life expectancy.

Additional to all of this, we have just been advised Richards Physiotherapy referral has been rejected not because they don’t believe he can walk again, but because his prognosis is so short they don’t believe it would be worth their time to rehabilitate him.

Richard is a dad to Emily (2) and Ruby (6months). Let’s do our best to extend his life and let his children have their daddy for a little longer.

If anyone has any helpful information about this particular cancer or any available treatment please email me so we can have a chat.

All money donated will only be used for medical related expenses such as physiotherapy or getting Richard into an overseas Clinical trial.

To mark the end of Richards first week of radiation we have some exciting news to share.

A specialized senior oncologist from Australia has agreed to review Richards case and offer any possible alternative treatment suggestions. This oncologist has recently been working with hypermutated tumors and immunotherapy treatment, so it will be interesting to see if this will be an option we can consider.

Adding onto this, the DIPG Centre of Expertise within the Children's Hospital of the University of Zurich has also agreed to review Richards case to see if he meets criteria for their current ongoing clinical trial (or their two upcoming clinical trials).

So we have a bit of a waiting game to play while we request all Richards medical documents to send off, as well as wait for these specialists to review, but SOMETHING is happening and that’s better than nothing!

Created by, and paying to a verified bank account of, Osana Wilson on behalf of Richard Wilson
Page Moderated
The page has been checked by our team to make sure it complies with our terms and conditions.

Want to get in touch with Osana Wilson?