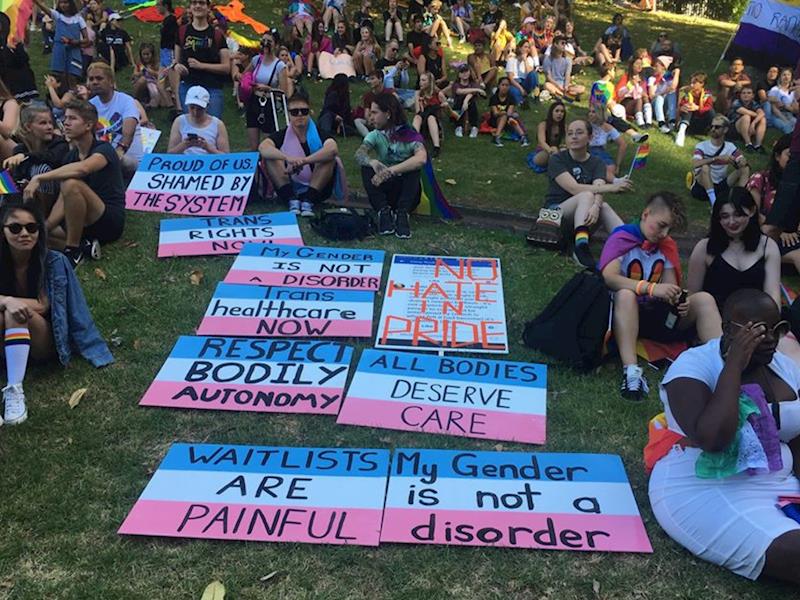 Given by 44 generous donors in 20 days

We want to raise funds for Gender Minorities Aotearoa to continue the incredible work it does to support and uplift the trans community.

Everyone in Aotearoa deserves the right to be treated with respect and dignity, regardless of their sexuality or gender identity, but New Zealand laws do not reflect this.

The process for a transgender person to get the gender marker on their birth certificate changed to reflect their gender identity is long, expensive, and invasive. Most people cannot afford the legal fees and medical costs required to make this change, which in some cases can cost hundreds of thousands of dollars.

Inability for trans people to change their birth certificate can mean being refused work, housing, the right to open a bank account, or take out a loan. It means that transgender women who are sent to prison are housed with men, where they are vulnerable to sexual assault and discrimination. In other words, New Zealand's current laws for changing the gender markers on our birth certificates are standing in the way of transgender people accessing rights and services that many cisgender people can access without scrutiny. Instead, trans and non-binary people face discrimination, humiliation and sometimes a total denial of these services.

A bill that would have made this process much easier for transgender people has recently been deferred, with no comment on whether or when this bill will progress. This has caused a great deal of frustration and devastation for the trans community, who's human rights are already long overdue.

However, community organisations have been doing important work providing support and advocacy at the grassroots. Gender Minorities Aotearoa is a transgender-led cross cultural organisation that has been helping takataapui, transgender, nonbinary, and intersex people to change their documents, access health services, community support, information and resources, and emergency housing.

While the government drags its feet on enacting the changes transgender people need to live and work in dignity, we want to raise funds so that GMA can continue the incredible work it's already doing to uplift our takataapui, intersex, and transgender whānau.

He waka eke noa - we are all in this waka together.

GMA provides information and resources to takataapui, transgender, and intersex people, and supports them to get official documents changed, find trans-friendly doctors and laser clinics, get on the list for publicly funded surgery, and find emergency accommodation, among other important services.

GMA supports people to go through the costly process of getting their birth certificate and other documents changed, but it also has plans to open more Gender Centres across Aotearoa, so all trans people can access local support.

Created by, and paying to a verified bank account of, Organise Aotearoa (Group) on behalf of Gender Minorities Aotearoa
Page Moderated The page has been checked by our team to make sure it complies with our terms and conditions.

Given by 44 generous donors in 20 days