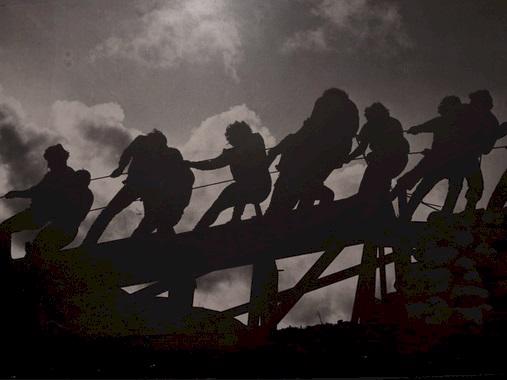 Tapu Te Ranga Marae has received a huge amount of support over the last three weeks and our Give-a-Little page has now raised over $6,000 in donations. Donations will be used to help to refurbish areas of the marae.

This week we opened our doors to residents left stranded or who cannot return to their homes due to the threat of a tsunami after the recent earthquake.

We are offering free overnight accommodation to help those in need.

"This is the time to help each other," says marae spokesperson Pare Sannyasi in a press release.

"We've had no damage. The marae has vehicles available for residents who require help to evacuate from their homes."

Some residents arrived at the marae, having sought safety and shelter last night when the earthquake first hit.

"The people of Wellington should know that this is a place that is available to them. We have had no damage to any of our properties including our main whare," says Pare.

Tapu Te Ranga Marae currently has an MOU in place with the Wellington City Council to become a disaster relief center in the event of a City emergency.

"That's why its more important now than ever that we work with the public, our local community, Council and Government agencies to reopen all of our buildings as soon as possible.

Some whare within the 22 acre estate of Tapu Te Ranga marae are currently closed but the marae is currently planning to refurbish these spaces so that we can again cater for up to 300 guests per night and over twenty residents.

Find out more about our history at www.taputeranga.maori.nz.

If you would like to visit, we are located at:

Cut into a hillside in Wellington, away from the eyes of the world, lies an extraordinary place. A hand-crafted labyrinth of stairways and mystical rooms, of art and sculpture, a dream-land place.

Made from recycled timber, the building has come together as if summoned, to form a unique and spiritual collection of whare.

Tapu Te Ranga Marae is the vision and life work of one man, Bruce Stewart, who, with the help of hundreds of Maori from many different iwi, has been building it since the 1970s. While breathtaking, it melts into the landscape, as if it was always meant to be there.

Mr Stewart bought the 24 hectare block from the Home of Compassion, and he began work on his dream. He, his whanau and helpers have planted up two thirds of the land with native seedlings - more than 100,000 of them.

"We are the Kaitiaki, the caretakers of the land. Just as Sir Michael Fowler could see we needed a place to live, so too did the birds. I want to set the land free."

He said one of his most satisfying moments was hearing a morepork call in the slowly regenerating bush, "they had come back".

"We take it as a great honour that they want to come here," said Mr Stewart. He said Pakeha love to come here and learn about recycling and organic gardening. He is also grateful to the many Pakeha who have helped him along the way.

Mr Stewart cites a proverb, a whakatauki, "Those who build the house are built by the house". Over the years, thousands of young people have helped to build Mr Stewart's dream, and they continue to come through the doors, to be guided, to learn and be given a sense of self and of Maoridom.

Kohe on 02 Dec 2016
Love to all at Tapu te Ranga! Expect more donations from me xx
Private

Created by, and paying to a verified bank account of, Tapu Te Ranga Marae
Page Moderated
The page has been checked by our team to make sure it complies with our terms and conditions.

Want to get in touch with Tapu Te Ranga Marae?