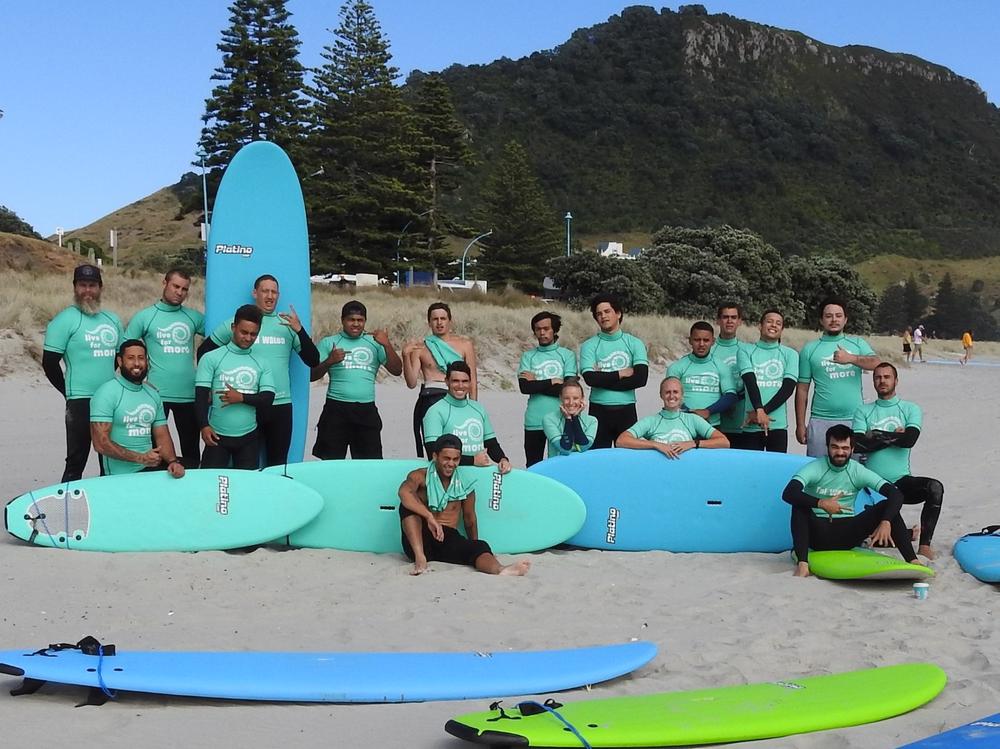 Please help us reach our goal so we can complete this documentary and share the transforming power of surf therapy all around the world!

JUST RELEASED - WATCH THE TRAILER ABOVE! Or click here: https://youtu.be/id-fU75uk0Y

https://vimeo.com/342867248/62e407706c: Here is a video explaining why we need funds to continue and complete this very unique and special documentary.

Eighteen months ago, Brad Hook - a volunteer who took an interest in Live for More - started filming the work we are doing and the young men's stories of transformation. He has done this all voluntarily and in his own time (outside of a very full-time job!) because he wants to share with the world the power of surf therapy changing lives.

We are fundraising so this documentary can be completed professionally by the end of 2019. We want it to be high-quality (cinema quality) so it can be shown around the world and entered into film festivals. All of the young men featured in this documentary have powerful stories they deserve to share!

This is what we are after with the perks listed below each level of sponsorship!

- x5 free tickets to the premiere

- Join us for a surf session with the boys

x2 Secondary Corporate Sponsors featured together with film title - $2,500 each

- x4 free tickets to the premiere

- Listed in film credits as sponsor

- Join us for a surf session with the boys

- Listed in film credits as an Executive Producer

- x3 free tickets to the premiere

- x2 free tickets to the premiere

- x1 free ticket to the premiere

We have listed a goal of $15,000 on here as we have already received $5,000 from our main corporate sponsor, Showerdome Ltd. ***Although donations to the Live for More Charitable Trust usually qualify for a tax credit, donations to this page won't, because of the perks of sponsorship.***

Any amount given will help us reach our goal! If you cannot give one of the amounts above, we appreciate any amount you can contribute because every little bit helps!

*Anyone who donates $10 or more will be listed on the documentary’s website as a supporter.*

Live for More has a vision for confident and hopeful rangatahi/young people free from their pasts, empowered to live up to their true potential and have fulfilling lives.

We believe there is so much MORE to life than drugs, alcohol and crime and we exist to empower vulnerable and disengaged rangatahi/young people to find FREEDOM from their troubled lifestyles.

This therapeutic group programme uses surfing as an effective clinical tool to engage young people who may not respond well to typical intervention. The concept of surfing is also a tangible and understandable analogy for life which is woven throughout the clinical group work. An example of this is how in surfing when we fall we must get back on the board, and in life we must persevere and never give up.

Live for More endeavours to sow hope into young people who are caught up in the justice system and lifestyles of drug and alcohol abuse.

We believe that every single young person can have a meaningful and successful future, regardless of their past decisions and where they have come from.

We know that with the right support and encouragement, young people are able to make better decisions and turn their lives around for a healthier future.

Live for More does not believe in a ‘too hard basket’. We believe that every single young person has value, should be treated with respect and deserves a chance.

We look beyond the hardened exteriors that many young people have, and we see the latent potential that lies within. We endeavour to extract this potential and empower these young people to live for more.

Funds will be used to pay professionals to complete the documentary.

Any additional funds will go towards the documentary's premiere, entering it into film festivals, and to operational costs of Live for More.

James on 16 Aug 2019
Sorry, can't add more at the moment. Take care. You are all doing a wonderful job, making a difference, how we all should be. God Bless you all on your wonderful journey to make a difference in he lives of so many.
$50

Guest Donor on 20 Jul 2019
A fantastic project and through this Documentary will help to get the word out to potential sponsors and people that need help to find their way back on the right path again.
$1,000
Live for More Charitable Trust

Thank you SO much for your contribution and for believing in what we are doing. We will definitely see you at the premiere! 🤙🏽

Created by, and paying to a verified bank account of, Live for More Charitable Trust (Charity)
Registered Charity
A Registered Charity has legal recognition under the Charities Act 2005.
Tax credit
Donations of over $5 are eligible for a New Zealand charitable giving tax credit.
Page Moderated
The page has been checked by our team to make sure it complies with our terms and conditions. 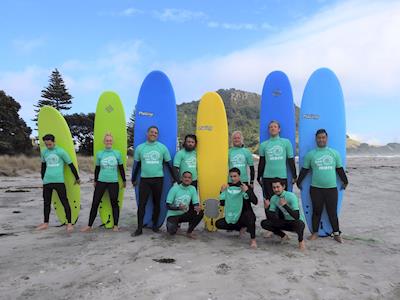 Want to get in touch with Live for More Charitable Trust?