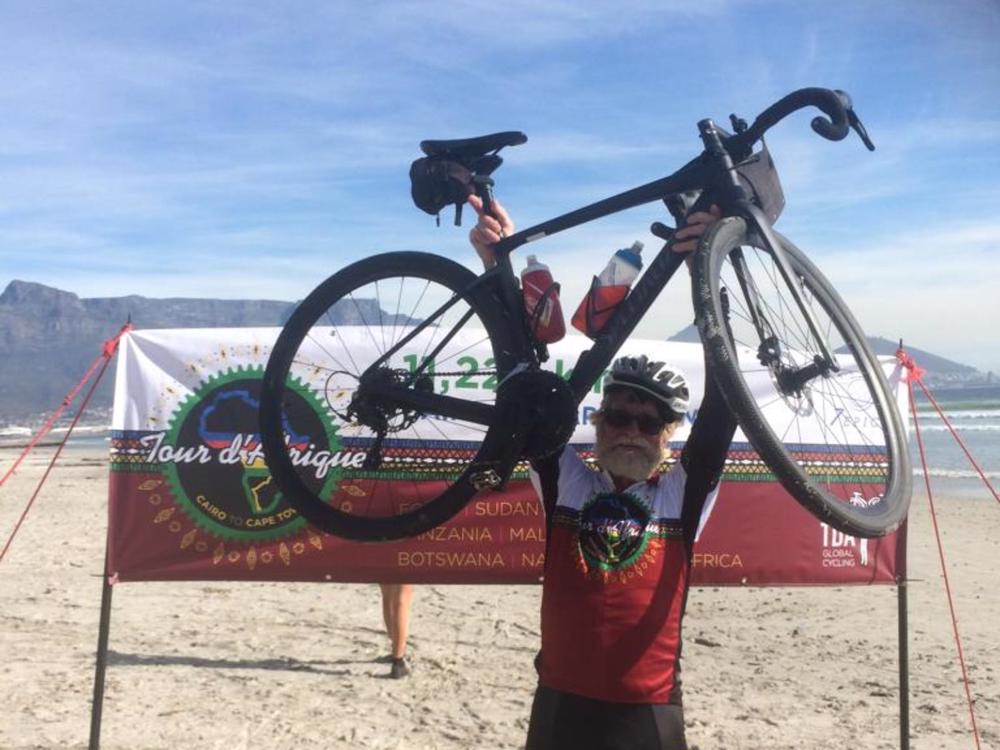 $6,658 donated
Given by 71 generous donors in over a year
Share Closed

Tim Forde is cycling the Tour d'Afrique - 11,220 kilometres from Cairo to Cape Town to raise funds for the Lion & Tusk Museum.

Look in our Gallery for a map of his journey.

Tim is generously donating all the funds that he raises on this ride to the Rhodesian Services Association - a New Zealand registered charity whose focus is the preservation of Rhodesian military history from 1890 to 1980 through The Lion & Tusk Museum and associated digital archive projects.

Tim was born in Bulawayo, Southern Rhodesia, one of eight children; five sisters and two brothers. He went to school at St Thomas Aquinas, Greenfield in Bellevue and Hamilton High. He did his National Service in 1971 with Intake 119 and then served with the 4th (Manicaland) Battalion Rhodesia Regiment, Anti Tank Platoon.

Tim is undertaking this ride, also in memory of his two deceased brothers, who both died in their early 50's: Patrick (who served with 10th Battalion Rhodesia Regiment) and Liam (who served with Grey's Scouts and was also known as 'Bones').

The Rhodesian Services Association (Inc.) is an Incorporated Society and a New Zealand Registered Charity (CC25203). The Association is based in New Zealand with a worldwide membership, whose purpose is to benefit and educate the community by preserving artefacts and records of Rhodesian history.

Funds raised by Tim will go to the Rhodesian Services Association for the preservation of Rhodesian military history from 1890 to 1980 through The Lion & Tusk Museum and associated digital archive projects.

Greetings to our generous supporters.

The ever helpful support team at Givealittle have agreed that we can extend the period of this project out to 31st December 2019. This request for extension is on account that Tim is busy writing up his adventure which we intend to publish to our email subscribers when it is complete and it will also be published in the September issue of the Rhodesians World Wide magazine.

We will endeavour to extract and publish the email version of Tim's story in an update on this Givealittle page.

Big thanks to Tim, to Givealittle and to you folks who donated in support of Tim and The Lion and Tusk Museum. Please keep spreading the word folks.

Please convey our thanks to all members of the Wentworth Falls Bowling Club who have supported Tim on his incredible journey. The Lion and Tusk Museum is very grateful for your support and generosity.

Yes he is inspirational. What an incredible achievement. Many thanks for your generous support for Tim and The Lion and Tusk Museum.

Tim is a man of steel for sure. Many thanks for your generous support for Tim and your continued loyal support for The Lion and Tusk Museum. Please spread the word about what Tim is doing and how the museum is preserving Rhodesian history.

HUGE bucket dispensed with for sure! Many thanks for your generous support for Tim and The Lion and Tusk Museum. Please spread the word about what Tim is doing and how the museum is preserving Rhodesian history.

Many thanks for your generous support for Tim and The Lion and Tusk Museum. Please spread the word about what Tim is doing and how the museum is preserving Rhodesian history.

Created by, and paying to a verified bank account of, Rhodesian Services Association (Incorporated) (Charity)
Registered Charity
A Registered Charity has legal recognition under the Charities Act 2005.
Tax credit
Donations of over $5 are eligible for a New Zealand charitable giving tax credit.
Page Moderated
The page has been checked by our team to make sure it complies with our terms and conditions. 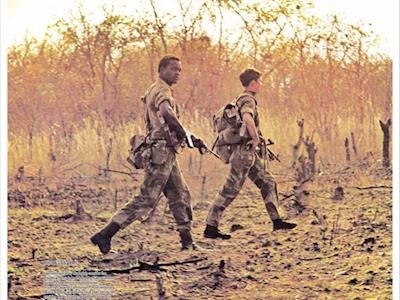 Want to get in touch with Rhodesian Services Association (Incorporated)?