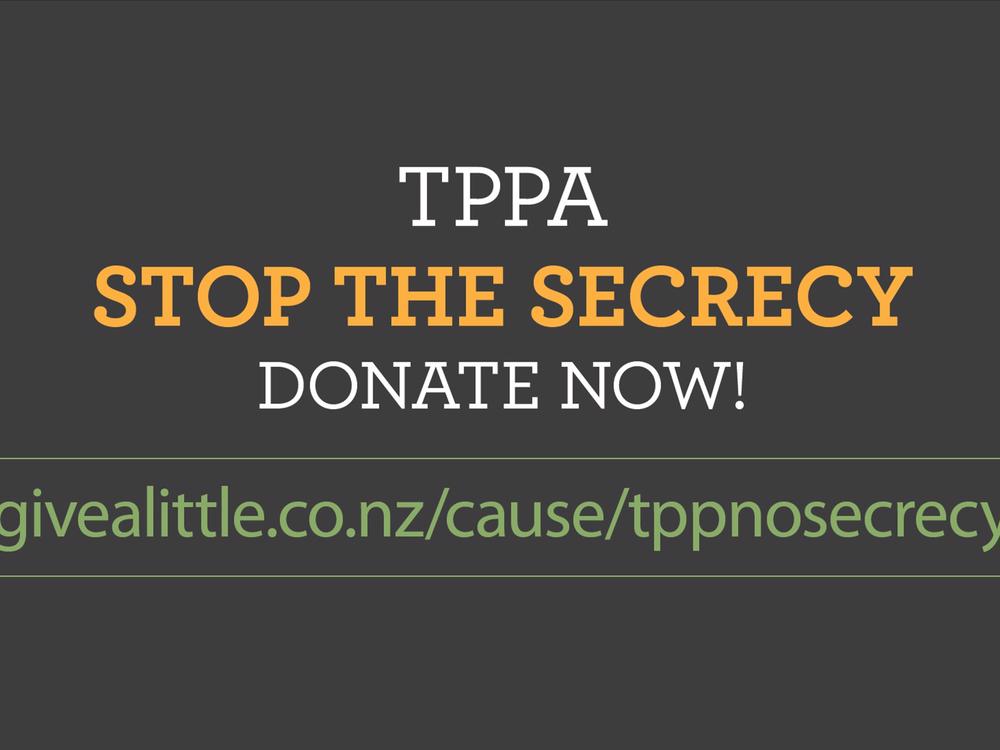 We are asking the High Court of New Zealand to say the government's refusal to release TPPA documents was unlawful.

The TPPA seeks to allow overseas countries and their corporations to dictate what New Zealand governments are allowed to do. If it goes through, it will affect you personally. From the price of medicines and the right to control foreign investment, to Internet freedom and the regulation of the mining industry - even how we respond to financial crisis.

The scariest thing about this is the government says we can’t see exactly what's in the TPPA until it's too late to change. The twelve governments negotiating the Agreement, including the USA, Japan, Canada, Australia and New Zealand, made a pact not to release any of the negotiating documents until the deal comes into force, and they will keep all except the final text secret for another four years beyond that.

That’s not democracy, and it’s not right.

A legal challenge has been launched to challenge the refusal of New Zealand’s Trade Minister Tim Groser to release a range of documents on the TPPA requested by Professor Jane Kelsey under the Official Information Act.

The High Court is being asked to declare that the Minister got the law wrong and should release some or all the information asked for, including draft texts.

Of course, such an application - even though it is in the public interest - does incur costs. These include legal fees, filing fees and potential appeal costs for which we need crowd funding.

Now is your opportunity to play a vital role in defending our democratic right to decide our future. Contribute to the costs of this challenge here. Any funds leftover from the legal costs will go into the general campaign against the TPPA. To find out more about the TPPA go to itsourfuture.org.nz.

In January 2015 I applied to Trade Minister Tim Groser for the release of certain documents under the Official Information Act (OIA) that relate to the negotiation of the Trans Pacific Partnership Agreement. The request covered categories of information the EU Ombudsman had recommended for release in parallel negotiations between the US and EU. The Minister refused to release the documents. I am now a co-applicant with seven others asking the High Court of New Zealand to declare the Minister’s decision unlawful. - Professor Jane Kelsey

Megan on 27 Jan 2016
Can you please update your Give A Little page with a couple of sentences please, I thought I must have been on the wrong page.
$5

Created by, and paying to a verified bank account of, Legal challenge to TPPA Secrecy #TPPnoSecrecy (Administered by First Union Incorportated) (Group) on behalf of TPPA Secrecy Challenge
Page Moderated
The page has been checked by our team to make sure it complies with our terms and conditions.

Want to get in touch with Legal challenge to TPPA Secrecy #TPPnoSecrecy (Administered by First Union Incorportated)?