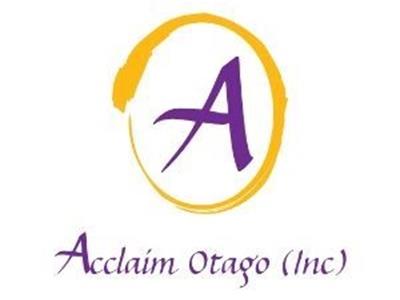 Closed Cause page created in the Unspecified category by Acclaim Otago

Acclaim Otago developed a shadow report for the United Nations outlining the issues people disabled by injury face. We believed that the NZ

We are raising extra funds required to send two representatives to the UN in September when the NZ government will respond to the list of issues identified by the UN. One of the representatives has an injury herself so we are trying to upgrade her flight to make the trip possible for her. Our shadow report can be found http://www.acclaimotago.org/un/Report_to_UN.pdf

Just a quick message to say once again, thank you for all of your wonderful support during the lead up to the UN CRPD presentation in Geneva on the 15-16th September. Without your input we could not have achieved what we did. By now you will have hopefully seen the presentations that are available on our website (both in written format and video). I do hope you have managed to view those. You will have also seen the NZ government's response to the particular questions posed by the committee. What these showed was that the government has a way to go before realising that the issues we raised are significant when the ACC scheme is measured against the UNCRPD. The Concluding observations of the committee (which can downloaded here http://acclaimotago.org/un/ ) do everything we need them to, and are worded according to the Committee's limited knowledge and best intentions. Specifically the United Nations has recommended that the New Zealand Government examine ACCfs processes for assessing compensation and has asked the Government to ensure the system has a human rights focus. The Committee also made recommendations about the proposals to remove access to the District Court and replace it with a Tribunal, and educating judges about the rights of persons with disabilities From a personal perspective the experience of attending and speaking at the United Nations was exciting and terrifying at the same time. It was exciting to know that we would have the opportunity to put our perspective in front of the committee and terrifying to think that I might get it wrong! :) The support received from both Warren Forster and Tom Barraclough was invaluable as I knew they truly had my back and together we were an awesome team. We also have our partners to thank for making sure everything else went smoothly - like making sure we ate, had clean clothes and took the videos and photos necessary to provide to you all. Many thanks go to Greg, Eva and Georgie for being there for us. So, where to from here? As you may know there are new ministers in all the relevant portfolios. Nicki Kaye is the new ACC Minister, Amy Adams is Minister of Justice and Nicky Wagner is the new Minister for Disability Issues. Our next step will be to engage with these ministers and their various staff to ensure that they comply with the UN recommendations. It is not over.................in fact we are about to start again in a way that has come about because of your input, support and encouragement. Thank you all so much! Kia kaha, Denise Powell

Guest Donor on 06 Aug 2014
All the best with this Denise. I hope it makes a positive difference for many people, including the hearing impaired.
$200

J.A. Aitcheson on 04 Aug 2014
I wish you the best on your crusade & hope that finally all injured Kiwis will receive there entitlements from ACC, in a fair & just manner. That the underhanded way that ACC preform will not continue & the cost & stress that is suffered by many is stopped
Private

Created by, and paying to a verified bank account of, Acclaim Otago
Page Moderated The page has been checked by our team to make sure it complies with our terms and conditions.

Want to get in touch with Acclaim Otago ?