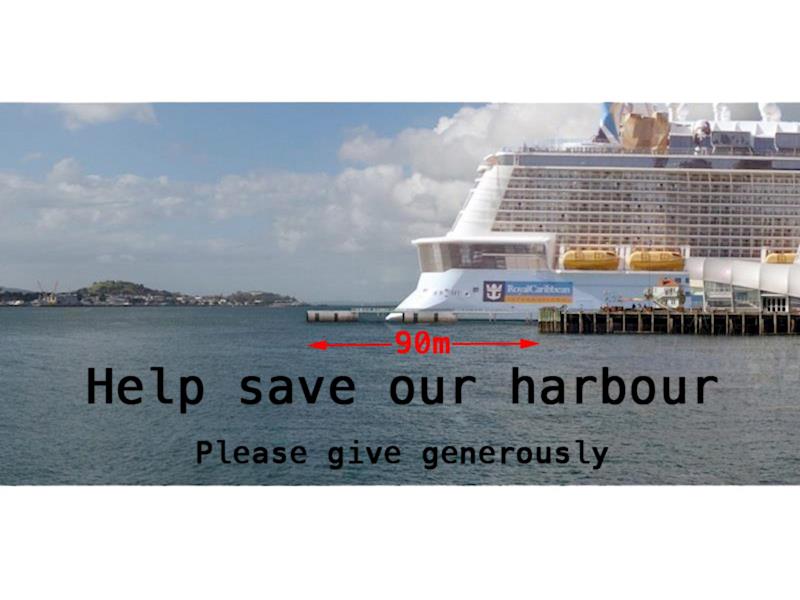 Cementing the future of our harbour

Closed Cause page created in the Environment category by Urban Auckland

Help us stop Auckland Council from stealing more of our harbour.

Auckland Council is yet again trying to steal our harbour. Resource Consent hearings start 18 February for a Council-sponsored 90m extension into our precious Waitemata Harbour, off the end of Queens Wharf.

$14 million of your money will be spent pouring more concrete into our harbour to create two massive concrete structures with connecting gangways just to dock a few oversized, foreign owned cruise ships each year that arrive in the morning and leave in the afternoon. The Council’s justification for spending $14 million of your money is full of errors and overstatements. Auckland Council hasn’t learned that Aucklanders want to preserve their harbour for future generations, and that we oppose selling our environment for a few extra dollars, most of which will end up in the pockets of foreign-owned shipping corporations.

Unfortunately, citizens of Auckland must now bear the legal cost of fighting this ill-conceived idea, which has been endorsed by Mayor Goff and his Council (despite Mayor Goff campaigning on no further incursions into the harbour). It’s going to cost more than $60,000 to defend our harbour - the groups fighting for your harbour are Urban Auckland, Stop Stealing Our Harbours, Auckland City Centre Residents' Group, Character Coalition, Civic Trust Auckland, Devonport Heritage, Parnell Community Committee and Auckland Architecture Association.

If you want to make a difference, here’s a beautiful way to let the Council know they’ve already stolen enough of our harbour.

Please give generously to the Give-a-Little Legal Support Fund to stop this short-sighted madness and force the Council to develop a long-term vision for our waterfront instead.

The funds raised from this page will go directly to fund the legal fees associated with fronting a submission to the Resource Consent hearing and campaigning to stop the Queens Wharf extension.

Created by, and paying to a verified bank account of, Urban Auckland (Group)
Tax credit Donations of over $5 are eligible for a New Zealand charitable giving tax credit.
Page Moderated The page has been checked by our team to make sure it complies with our terms and conditions.