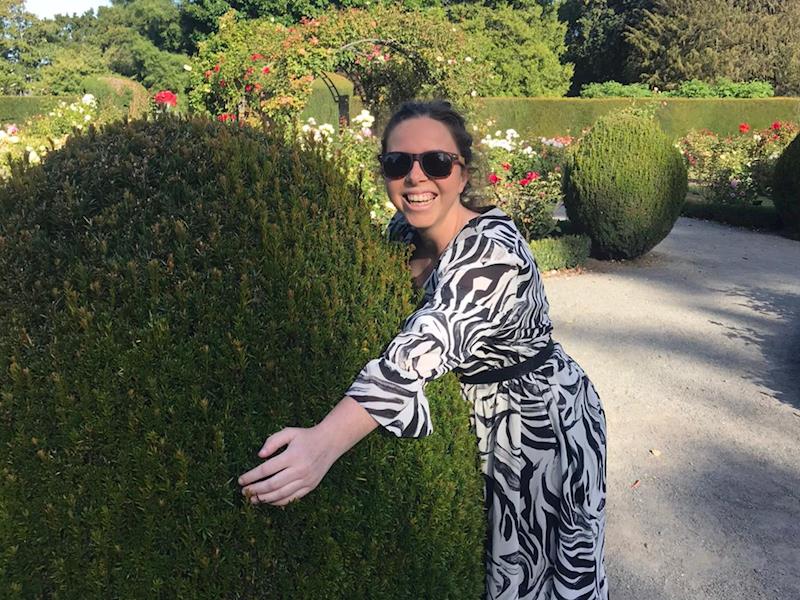 Maria is 29 and has endometrial cancer. She's cutting off her hair to raise funds for gynae cancer research, and to share her story.

We need to talk more about our bushes. And I'm not referring to gardening either...

Let's be more upfront about our girly bits - with our doctors, with our friends, with ourselves. Because if it ain't feeling right down there, then it probably isn't.

I'm Maria, 29 years old and I have endometrial (uterine) cancer, stage 3. For a cancer that mostly occurs in women post menopause, this has come as a shock. Especially as there's no history of endometrial cancer in my family.

It's been a big talking point, and it bloody should be. I want more of us to be talking about our bits. Serious pain, heavy bleeding or no bleeding? Don't let it slide and think, "That's just how my body does its thing."

Talk to a doctor and push hard to get something done about it. Please.

My diagnosis came in November 2020 after a minor surgery to remove what I thought was a harmless polyp - as that's what a radiologist thought she saw, back in 2018.

In December, I underwent major surgery for a total hysterectomy and to remove the lymph nodes where the cancer had spread to. Then 26 days later, including a second trip to theatre to assess complications with my bowel, I made it out of hospital to recover.

I start treatment in March, and will be receiving radiotherapy and chemotherapy at Christchurch Hospital.

A lot has happened and 𝙞𝙨 happening - much of which I can't control. So I want to take back some power and chop off my hair before the chemo has its way (Date: 3 March).

My hair will be donated to Freedom Wigs in Dunedin, and it will be used as part of a wig for someone else who needs it.

If you know me well, you'd know how long I've spent growing it. It's become a major part of my identity and I've been blessed to have such curly, thick hair.

As well as the chop, I want to raise much needed funds and awareness for the Graci Foundation. Heard of it? You likely haven't... And that's exactly why I'm making some noise for them!

The Graci Foundation is the fundraising name of the Gynaecological Cancer Research Trust, and is run by a small group of professionals with an interest in gynae oncology - including my very own oncologist (legend!)

Their goal is to improve outcomes for women suffering from a gynae cancer by supporting New Zealand based research into this area. All of the Board and support staff are volunteers, so you know that your donation is going straight to where it needs to - the research.

If donating isn't your thing, no sweat. However, if my story gets you talking with your mates about your bits and pieces, then I've done my job.

Having recently been diagnosed with endometrial cancer, I want to create awareness and raise funds for gynaecology cancer research in New Zealand. 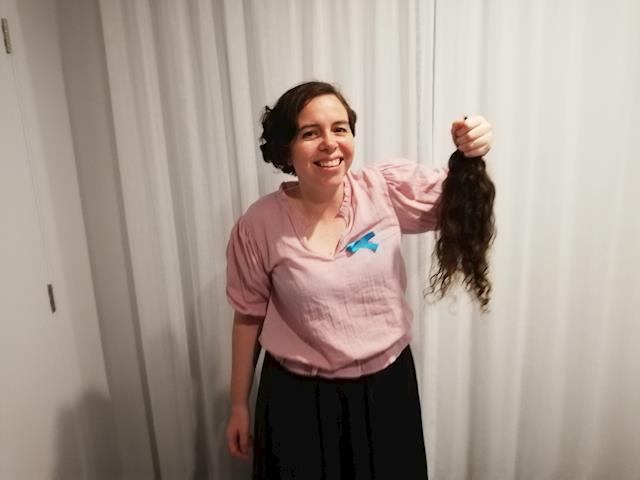 Hi everyone. Last night we had a haircut party and chopped my long locks off! We got about 38cm off to send to Freedom Wigs and have raised over $4,500 which is amazing!

Thanks team! 💪 Let's bloody get the bastard!

Hi Reuben and Sally. This is very generous, thank you so much! 💕

Paying to Graci Foundation
Tax credit Donations of over $5 are eligible for a New Zealand charitable giving tax credit.
Page Moderated The page has been checked by our team to make sure it complies with our terms and conditions.