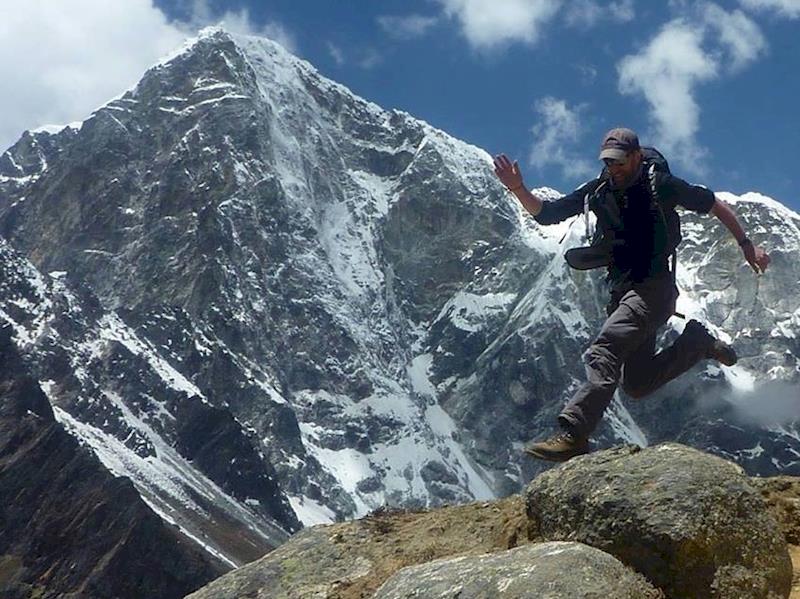 Given by 66 generous donors in over a year

Non-stop record run attempt over 320 kilometres from Everest Base Camp in Nepal to the capital Kathmandu.

My name is Jamie Mackenzie and I am planning to repeat this challenge again this year after almost succeeding in the record attempt last year.

I have decided to use the same page as last year as the need for funds for the Himalayan Trust is still very relevant.

I am proposing to run 320 kilometres from Mount Everest Base Camp in Nepal all the way to the capital Kathmandu in an attempt to break the fastest known time for the distance - currently 63 hours and 8 minutes in one continuous run. The run will start in late May 2017.

The aim is to raise funds for The Himalayan Trust to go towards its health and education projects in the Solukhumbu region of Nepal.

The run follows an established route called the Everest Mailrun.

It is extreme by most standards, as the start is at 5,360 metres altitude, where the air has 50% less oxygen than at sea level, and the route includes more than 10,000 metres of ascent and 14,000 metres of descent.

The Mailrun route was used by Sherpas to transport letters on foot from climbing teams on Everest to Kathmandu and the wider world. News of the first Everest summit on May 29, 1953 by Sir Edmund Hillary and Tenzing Norgay reached the world this way, as a runner was despatched from Base Camp with a coded message - this was probably the last time news of a major event was delivered this way.

I hope you feel the attempt and cause are worthy of a little of your support, and thank you for the time taken to visit this page. Every penny, cent, euro or kroner donated goes to the Himalayan Trust.

Having come close to completing the 320km Everest Mailrun in May 2016, I decide to try one more time. I am going back to make a second attempt on the record on May 28.

Paying to the page Himalayan Trust
Tax credit Donations of over $5 are eligible for a New Zealand charitable giving tax credit.
Page Moderated The page has been checked by our team to make sure it complies with our terms and conditions.

Given by 66 generous donors in over a year