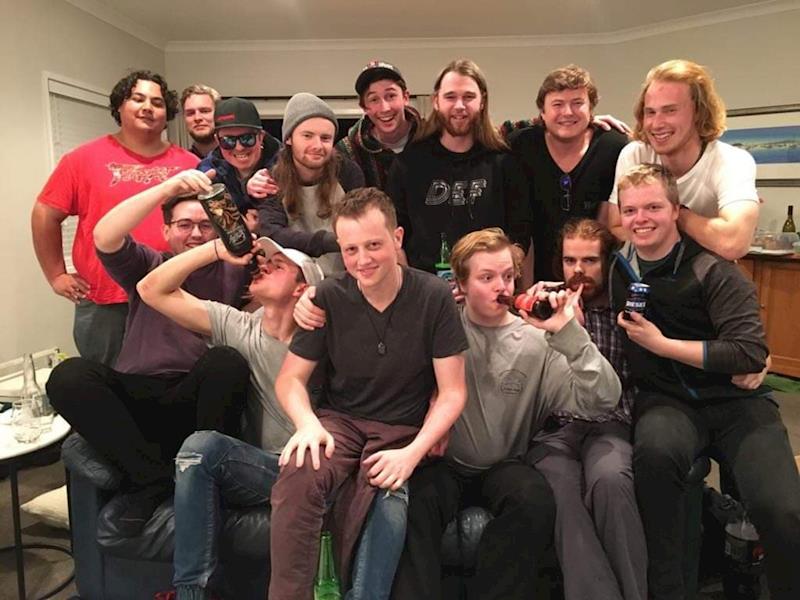 Help a group of lads support their dearest of Bois with hair related charity actions and donations.

Pictured in the above image are a group of blokes, some classier than others. The classiest bloke, seated center frame, is Matthew Hogarth. Unfortunately, this bloke has been fighting various forms of cancer over the past decade. Through every hospital trip, every operation, ever test result, he has stayed strong and positive and true to himself. See why he's the classiest bloke in the picture?

The other blokes in the picture got thinking, "We need to do something to show solidarity and help him out if we can at all". However, no matter how much we pushed and pushed, Matt wouldn't take any money whatsoever, instead wanting it to go to an organisation that had helped him over the years.

Thus the existance of this page. Several of us have decided to undergo some hair based transition, between donating some lucious locks, to endeavouring to grow the thickest handlebar moustache for movember.

The names of those participating, and their particular activity are listed below.

Hair donations are being received by Freedom Hair, with received money being given to CanTeen

Head shaves are only as such because of lacking the required length for donation.

So help us make that most classiest of blokes' day. If a donation is beyond your means and you still want to contribute any messages of support will be passed along to Matt. Thank you everyone :D .

Edit: This Fundraiser has also received unofficial support from some Bunning's employers as part of their own partnership with Canteen. their names are listed below

All will be doing a head shave on the 13th of November, as part of a larger sausage sizzle event. This will occur at the Pukekohe Bunnings at approximately 1230.

They would like to thank Workz4u Pukekohe for donating printing services and Just Cuts Pukekohe for for performing the shaves themselves.

This charity was chosen by Matt as the beneficiary of this campaign, as they have provided him with a large amount of support throughout the years.

Craig on 18 Nov 2019
This is to help and thank all those who have had the pleasure of knowing and helping Matt through this difficult time. He was an inspiration young man for so many! Our heart goes out to the Family, friends and those who have helped. Craig, Kerry, Izaac and Nadia Betts
$1,000

Paying to the page CanTeen New Zealand
Tax credit Donations of over $5 are eligible for a New Zealand charitable giving tax credit.
Page Moderated The page has been checked by our team to make sure it complies with our terms and conditions.