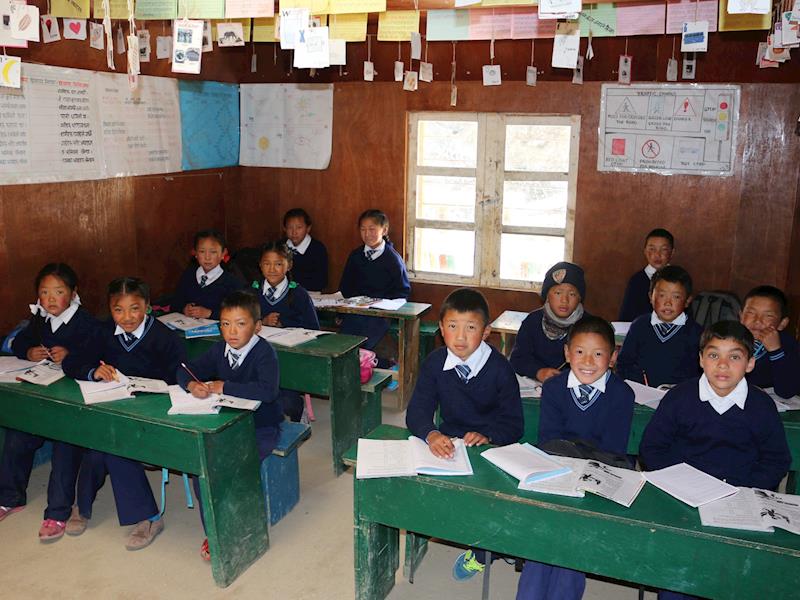 We would certainly appreciate any support you could provide us, but more importantly the Himalayan Trust and the work that the do.

On the 11th of January, 10 years ago Sir Edmund Hillary passed away and at the time he said he didn’t want people building monuments, rather he wanted them to continue his work in the Solukhumbu/ Everest region of Nepal.

Well that is what we did.

Over the last 10 years we have organised, and pushed ourselves to the limit, to complete a number of challenges in order to raise money for the Himalayan Trust. All have been located in the NZ mountains and forests that he loved, with a focus on tramping/ climbing something significant within 24 hours e.g. Climbing the three highest peaks in the North Island; Summiting Mt Cook/ Aoraki.

In total we have raise circa $45K for the Himalayan Trust.

So as to commemorate not only the 10 year anniversary of his passing, but also the 65th anniversary of the first ascent of Mt Everest (29th May 1953), we have set ourselves a new challenge.

On the last weekend of February this year we are going to walk both the Routeburn* and Caples* tracks in the Milford National park in 24 hours – normally a 5+ day hike. Something serious to respectfully befit the occasion and man!

The reason, to celebrate the amazing ascent of 65 years ago which also importantly signified the start of all Sir Ed’s work in the Solukhumbu region - hospitals, medical clinics, schools, airfields, reforestation, water, etc. All life changing initiatives for the local people.

Two of us Mark Macky and Ken Brophy were lucky enough to go to Nepal last year, to not only hike in the Khumbu but to engage with the work being done by the trust – it is amazing! Since the deadly earthquake of 2015 your generous support of our events and many other initiatives will have helped rebuilt 150 classrooms at 36 schools, including some of the first schools built by Sir Ed.

For anyone who missed it this article may be of interest in detailed the work of Sir Ed and his beloved Himalayan Trust - http://www.nzherald.co.nz/nz/news/article.cfm?c_id=1&objectid=11962671

The team for the challenge this time round will be made up of some returning veterans (Joe and Ken Brophy, Simon Curran, Mark Macky, Todd Male, Elton Sturmfels, Grae Switzer and David Toomey) as well as some new suckers for punishment (Gary Diprose, Mariota Smutz and Keki Wilson).

As just to show we aren’t stopping there - next year would have been Sir Ed’s 100th birthday so by the end of 2019 we want to get the total to $100K through us doing another event but maybe there are others who want to also do something to contribute….more on that post the end of February, but rest assured there will be more!

* Note - the Routeburn is a Great Walk, the Caples has been nominated for this status.

For ten years, since Sir Ed's passing, we have continued to find ways to celebrate his life and his work by coming up with outdoor adventures that are worthy of fundraising donations.

Let’s start at the end – 21 hours start to finish (8pm Friday - 5pm Saturday)…huge effort through the night when ordinarily we would have been tucked up in bed or on the side-lines of the weekend sport. Under the gallery tab you will even find a few photos.

Big THANK YOU to everyone who has supported our challenge and in turn supported the Himalayan Trust and Nepal!

Back to our 21 hours….With a mix of people returning for other adventures and some new members on the team it was fair to say that there was both a mix of giddy excitement and nerves at the airport.

Upon arriving in Queenstown the Jucy van was jammed with bodies and bags and then the compulsory Fergburger, before driving alongside the lake to get to our base at The Kinloch Lodge. Along the way we had beautiful views of the mountains we were about to disappear into, primarily the start of the Caples walk.

Pulling in at Kinloch was amazing and the first major test was to not cancel the walk and just kick it right there for the weekend…which we thankfully just passed …..

At 8pm with bags packed, bodies strapped and ‘quiet moments’ had we set off up the Caples valley. We couldn’t have asked for a more beautiful night – amazing sunset that turned on the colour, a moon that set just after midnight to then give us a spectacular star show and plenty of superb banter to keep the spirits up when the bodies were trying to tell us to go to bed.

We hit the end of the Caples and the start of the Routeburn at 5.30am, which gave us to chance to change our clothes, fill up water bottles and for a few of the team grab 10 minutes kip.

By that stage we were in Fiordland with the fog giving us an eerie start to the day. As it pealed back we were greeted by stunning waterfalls, beautiful azul lakes, and amazing vistas. Albeit we also had the steep grunt up and over the Harris saddle to tackle before we knew that it was essentially all downhill from there (well 4 hours of it).

The Routeburn is a special place and while the bodies were starting to tire the natural beauty and the others on the trail helped take your mind off of the fact that we were getting close but still not home.

At 5pm we hit the end of the trail and it’s fair to say that if we could have jumped then we would have, but there was plenty of joy nonetheless and handshakes aplenty with everyone knowing that we had got the job done.

Then it was back to the Kinloch Lodge for an awesome feed, with three hours of guitar playing and singing to celebrate what was a truly amazing and special memory for us all.

Thanks again to everyone for supporting us – the Trust is over the moon!

Paying to Himalayan Trust
Tax credit Donations of over $5 are eligible for a New Zealand charitable giving tax credit.
Page Moderated The page has been checked by our team to make sure it complies with our terms and conditions.