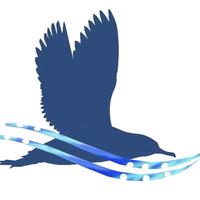 The endangered Hutton's shearwater is unique to New Zealand, breeding only in Kaikoura. It is the only alpine breeding seabird globally. 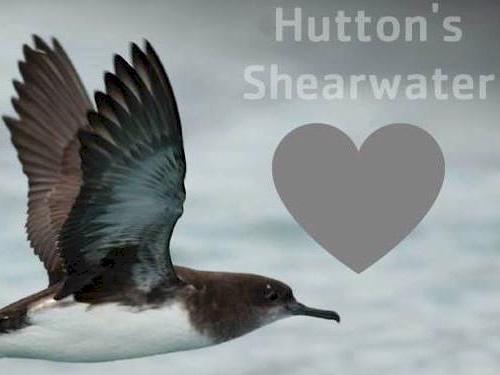 The Trust has successfully established a predator-proof insurance colony on the Kaikoura Peninsula, via multiple chick translocations from the Seaward Kaikoura mountain colonies. Young birds have already begun returning to the colony to breed. This ambitious and important conservation project would not have been possible without funding, donations and countless volunteer hours. The task now is to manage the colony in perpetuity - which of course also requires funding.

The Trust is currently seeking donations towards establishing the first annual 'FLY SAFE Hutton's Shearwater' event, to be held each March-April. This is the peak fledging period when mountain colony chicks make their maiden voyage to sea, but are disorientated by artificial lights from the Kaikoura township, resulting in crash landings. Crash landings result in hundreds if not thousands of birds enduring unnecessary stress, injury and death. The Trust aims to change this by increasing awareness, working with the Kaikoura District Council to change to seabird friendly street lighting, and managing the collection and processing of grounded birds. For this - we need YOUR HELP! Please donate, we cannot do this without you.

The endangered Hutton’s shearwater/Kaikoura titi (Puffinus huttoni) is the only alpine breeding seabird globally. This unique seabird has experienced large population declines, and continues to be under threat. Only two breeding colonies remain (compared to eight colonies in the 1960s) in the Seaward Kaikoura Range of New Zealand's South Island. Kaikoura is therefore literally their last place on earth.

Most recently the Trust successfully created an artificial insurance colony on the Kaikoura Peninsula, which involved multiple chick translocations from the mountain colonies into the predator-proof sanctuary.

The Trust currently has insufficient resources to achieve its conservation goals, and wishes it could do so much more. Operational funding through donations is therefore essential. Your donation will assist in securing populations (threat mitigation, colony management, translocations, research and education), as well as increasing public awareness and outreach (advocacy via educational resources, social media, websites, brochures and media releases).

As part of increasing awareness around Hutton's shearwater crash landings due to light disorientation, the Trust is launching a new annual month long during the peak fledging period. The first 'FLY SAFE Hutton's Shearwater' event will be held from 4 March to 3 April 2016. The event will include the Hutton's Hub (central bird drop-off and processing point for release) opening ceremony, speakers, dedicated volunteer teams to collect grounded birds, Hutton's road sign deployments, weekly Wednesday evening presentations, press and social media blitzes, school competitions, and the Farewell event with a Kaikoura Peninsula colony site visit. It is hoped to secure enough funding for a coordinator to support volunteers, establish a Hutton's Hotline, and equip the Hutton's Hub (central bird drop-off and processing point before release at sea). Your donations will help immensely!

The recent Kaikoura Earthquake has caused significant damage to both mountain colonies, with massive landslides engulfing parts of both breeding areas. An initial rapid helicopter assessment was undertaken, but conditions were still too unstable to allow anyone to land and check in more detail what has happened. Estimates range from 10 - 30% loss of area, but this may not translate to this percentage of birds. We would love to receive a little so ground crews can be flown in by helicopter and more accurately assess the extent of damage.

Thank you for your kind support, and please spread the word about us!

Please check out our Facebook page for regular updates.

Created by, and paying to a verified bank account of, Hutton's Shearwater Charitable Trust (Charity)
Registered Charity
A Registered Charity has legal recognition under the Charities Act 2005.
Tax credit
Donations of over $5 are eligible for a New Zealand charitable giving tax credit.
Page Moderated
The page has been checked by our team to make sure it complies with our terms and conditions.

Want to get in touch with Hutton's Shearwater Charitable Trust?