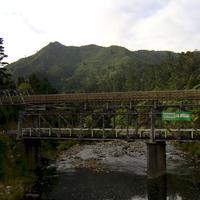 Help a small community group to protect one of New Zealand's top recreational playgrounds from exploitation by gold-mining. 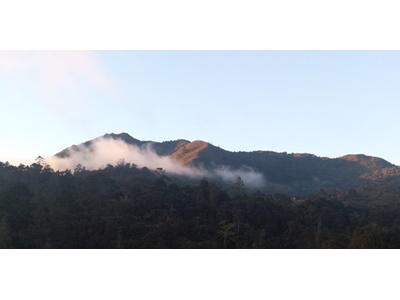 Consents have been issued for New Talisman Gold Mines to undertake mining related activities in the Karangahake area by Waikato Regional Council, Hauraki District Council and the Department of Conservation. No consents were notified and approvals were issued without community consultation.

Ultimately we want to extend Schedule Four to this area to ensure that Karangahake stays mine-free forever.

We are the group 'Protect Karangahake Inc', set up in response to the consents granted by the Hauraki District Council and Department of Conservation for mining activities to take place on Karangahake Mountain. For more info please go to our website http://www.protectkarangahake.org.nz

Challenging the non-notified approval granted to New Talisman Gold Mines for mining activities to take place on Department of Conversation Land with in the Karangahake Mountain and Gorge.

Supporting the extension of Schedule Four to ensure no mining can resume in this area. 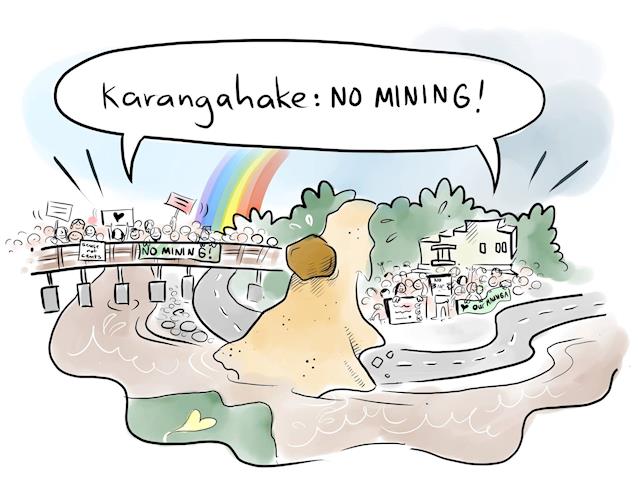 Our Rally for the Mountain on Saturday September 2nd was split in two, when a boulder smashed into SH2, closing the Gorge and separating rally-goers. About 150 people gathered at the Waikino Hall, and another 150 at the Karangahake Hall.

We were amazed to have so many people show up, despite extreme circumstances, and SO many people getting turned away because of the rain and the Gorge closure.

We had people turning up from Whakatane, Gisborne, Tauranga, and all over the Coromandel to show support for our mountain.

We’ve had so much good feedback, with people feeling inspired and moved.

On the Paeroa side of the Gorge, more than 150 people gathered on a footbridge crossing the main highway, holding banners. The gathering included karakia from local iwi representatives and guest speakers Green MP Catherine Delahunty and Green candidate for the Coromandel Scott Summerfield.

MP Catherine Delahunty said she was impressed by the turnout.

“This group represents an even greater number all across New Zealand who want conservation land protected.”

“The fact that Karangahake, a sacred maunga lying deep in the heart of conservation land, is being opened up for mining is shocking and wrong.

“It’s wonderful to see how many people were willing to turn up in the pouring rain to support this event, and we know there are thousands standing behind them who want to see the integrity of conservation land restored.”

On the Waihi side of the Gorge, the second camp of rally-goers gathered in the Waikino Hall, and were treated to live music performance, food, coffee and speakers.

We rounded off the day with a concert The Refinery, showcasing live art performance, film and music.

Artist Dawn Tuffery made this awesome image, which captured the day beautifully!

Created by, and paying to a verified bank account of, Protect Karangahake (Charity)
Page Moderated
The page has been checked by our team to make sure it complies with our terms and conditions.

Want to get in touch with Protect Karangahake?