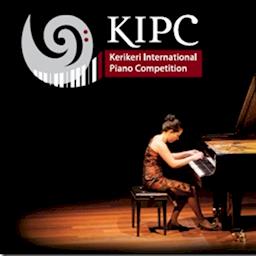 KIPC Trust hosts the most recognized classical musical competition for solo piano in NZ on June 30 2016 at the Turner Centre in Kerikeri. 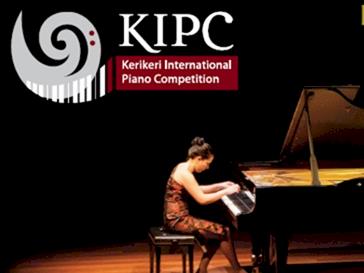 The Kerikeri International Piano Competition (KIPC) is a charitable trust. Since 1987 the trust has hosted classical solo piano competitions biennually, thanks to charitable donations by individuals (friends of KIPC) and corporate and private financial donors. The trust has no guaranteed funding for this highly acclaimed event, that brings international recognition to New Zealand.

The Trust’s primary purpose is to provide competition experience at an international level for young talented artists. KIPC is well established on the global musical calendar. Recent competitions have seen a significant number of entries and subsequent contestants from around the world and New Zealand. Many of KIPC's former competitors have gone on to develop successful careers as international concert pianists.

We need your help to raise $135,000 for the next piano competition to be held June 30-July 3 2016 at the Turner Centre in Kerikeri. You can become a Friend of KIPC by contributing only $25 a year! The Friends of KIPC play an integral part in the event. As a widening pool of supporters, KIPC Friends ensure that the Competition remains one of New Zealand’s musical treasures.

Donors able to provide larger financial contributions to the Trust will be attaching themselves to an organisation which has a considerable national and international reputation, thus also benefiting the image of the donor. Donors may be corporate, private, community trusts, other charitable trusts or public enterprises. Annual contributions for your generous support at the levels of Bronze ($100-499), Silver ($500-$2499) Gold ( $2500-$4999) and Platinum ($5000 or more) ensure our financial solvency and the highest standard for the competition.

Please give a little today to KIPC and support young classical pianists for the world to enjoy their music tomorrow!

KIPC Trust is a charitable trust (CC21011) funded by corporate and private financial donors, with NZ’s most acclaimed concert pianist, Michael Houstoun, as its patron. The Trust’s primary purpose is to provide competition experience at an international level for young talented artists. In addition to the competition event, the KIPC Trust holds a number of recitals and events between competitions, the purpose of which is to maintain the profile of the competition and the trust, and to raise funds.

Originally the event was a national competition (est. 1987) and in 2012 the first international competition was held. Past competitions have seen a steady increase in interest and quality with the 2014 event attracting 54 entrants from around the world. The 2014 competition was the first to have a panel of three adjudicators: Natasha Vlassenko (Australia); Christopher Elton (UK) and Terence Dennis (NZ). Alumni of the competition include John Chen, Stephen de Pledge, Dan Poynton, Jun Bouterey-Ishido, John-Paul Muir, Yeh Shih Hsien and 2014 winner Alex Rainieri.

The 4 day competition is held biennially over the first weekend of July at the Turner Centre in Kerikeri, located in the scenic Bay of Islands, Northland, New Zealand. The venue has a 400 seat auditorium with a 9 foot Steinway grand piano for the 4 rounds of the competition. The public can also attend masterclasses, the adjudicators round table discussions, and gala receptions for the opening and presentation of prizes.

As a charitable trust KIPC depends on its Friends and Supporters for a major part of its funding. Donations to KIPC represent a commitmment to classical music, an opportunity to inspire young pianists, and a way to put Kerikeri, Bay of Islands, and New Zealand on the world map as a centre of music appreciation.

We hope you will consider becoming a donor at our Trust at Bronze ( to $499), Silver (to $2499), Gold (to$4999), or Platinum (over $5000) levels in a 24 month period. We also seek bequests and long term corporate sponsorship to ensure the future of this highly respected event on New Zealand's musical calendar. Please write to treasurer@kipc.org.nz

Created by, and paying to a verified bank account of, KIPC-Kerikeri International Piano Competition (Charity)
Registered Charity A Registered Charity has legal recognition under the Charities Act 2005.
Tax credit Donations of over $5 are eligible for a New Zealand charitable giving tax credit.
Page Moderated The page has been checked by our team to make sure it complies with our terms and conditions.

Want to get in touch with KIPC-Kerikeri International Piano Competition?