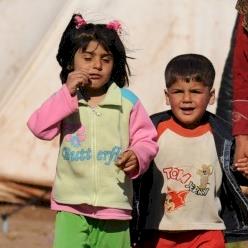 Refugee Aid New Zealand raises funds to be distributed to those affected by the refugee crisis. 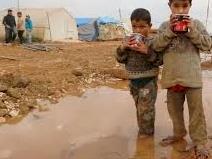 Refugee Aid was established in August 2015, as a response to the world's biggest humanitarian crisis since WW2. With the Syrian war raging for over six years, and nearby nations fighting there are over 13 million people displaced. These people are fleeing war and are desperate to find safety.

In New Zealand, we feel lucky to be miles away from these problems, but we want to help. Last year, we ran a Gala Dinner and Auction at St Matthew in the City and raised $19,000. We chose the charity Migrant Offshore Aid Station (MOAS) to give this money to because of their work rescuing people drowning at sea trying to cross the Mediterranean. So far, MOAS has rescued 2,500 people using drones and a large rescue boat with trained medical staff.

We are currently researching where the refugee crisis needs our help the most and what folk to give the money to. We'll let you know as soon as that is finalized.

Refugee Aid NZ is a registered charity aimed at helping the plight of refugees both offshore and in New Zealand. Established in September 2015, the charity raises funds to provide aid in various ways to the humanitarian crisis of displaced people around the world. As an example, our first major fundraising event raised $19,000 which was given to the Migrant Offshore Aid Station based in Malta. MOAS have so far rescued over 3,000 people trying to cross the Meditterannean fleeing war. Most of the people rescued were from Syria and Etrea.

This year, we are working with Refugees in NZ to help pay the airfares for their families to come to NZ and live a safer life. However the bulk of the funds will go to giving help to offshore refugees from Syria and the Middle East.

Created by, and paying to a verified bank account of, Refugee Aid New Zealand (Charity)
Registered Charity A Registered Charity has legal recognition under the Charities Act 2005.
Page Moderated The page has been checked by our team to make sure it complies with our terms and conditions.