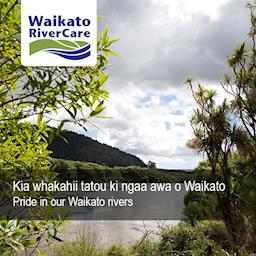 Waikato RiverCare - we are a leading riparian restoration charity, based on the lower Waikato River and its associated catchments. 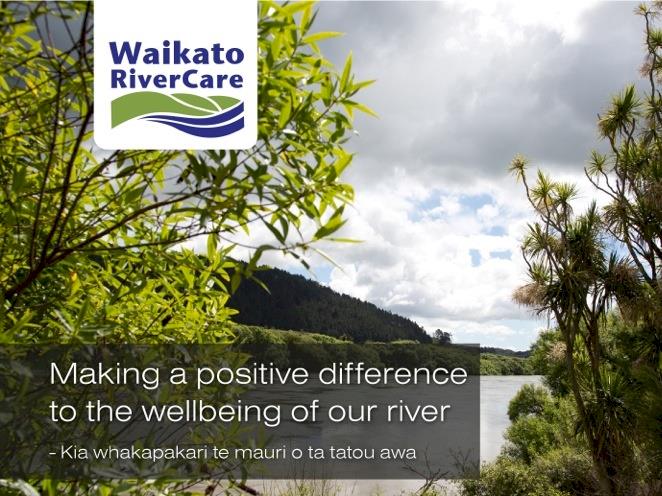 Our Aim: To make a positive difference to the wellbeing of our River - Kia whakapakari te mauri o to taatou Awa

Our Purpose: To implement an enduring program to establish self-sustaining native plant-based communities in and around the lower Waikato River catchments.

The organisation has been operating since 1999, officially became an incorporated society in 2001 and a charitable entity in 2008. Members include a range of organisations and people who all share a similar passion for the lower Waikato River.

Waikato RiverCare's primary focus is on preparing, planting and maintaining areas of native plant habitat on the banks of the lower Waikato River, and associated catchments and sourcing funds and support to carry out this work. Co-ordinating community involvement in these projects is an important part of Waikato RiverCare's focus.

Thank you so much for your donation, It's much appreciated.

Thank you so much for your donation to support ecological restoration Toni.... it is very much appreciated :)

From the RiverCare team, thank you for your donation today - it is very much appreciated.. We wish you a very merry Christmas!

Created by, and paying to a verified bank account of, Waikato RiverCare Incorporated (Charity)
Registered Charity A Registered Charity has legal recognition under the Charities Act 2005.
Tax credit Donations of over $5 are eligible for a New Zealand charitable giving tax credit.
Page Moderated The page has been checked by our team to make sure it complies with our terms and conditions.

Want to get in touch with Waikato RiverCare Incorporated?