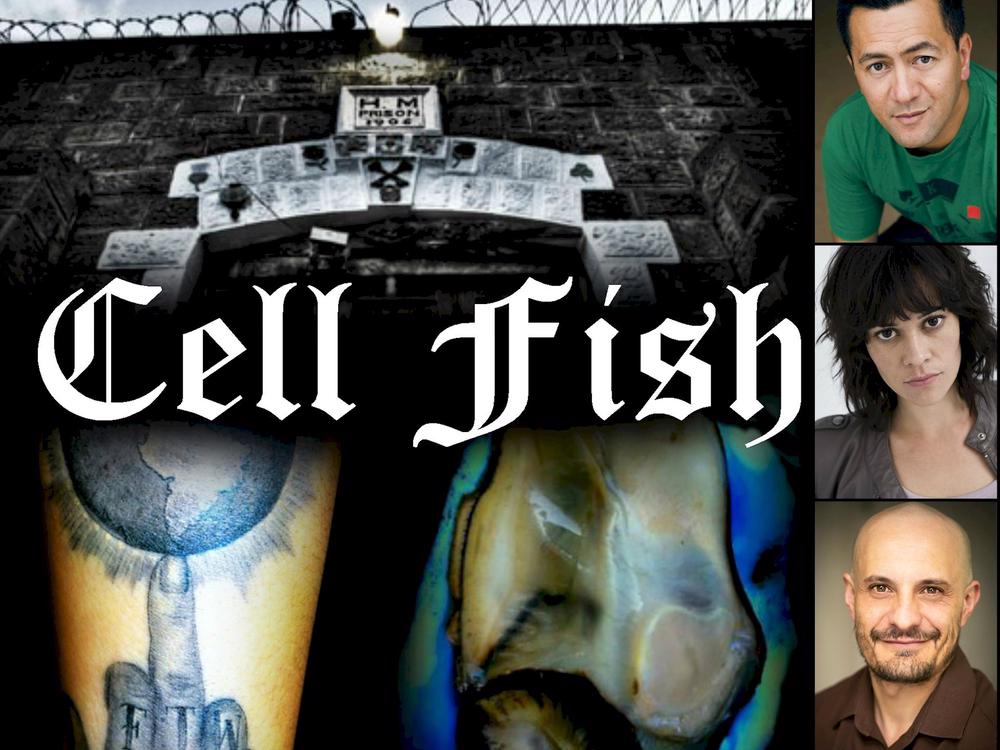 This project has reached its target. You may still donate to this project if you wish.

How did the oysters get into the prison?

We’re seeking donations to help bring our team together to complete our script, ‘Cell Fish’.

Using comedy ‘Cell Fish’ explores the inner world of a men’s prison, the effect the world has on the inmates, what they’ll do to escape it and what they’ll do for some fresh oysters. Two actors bring the world to life by playing all the inmates including an Indian corrections officer from Mumbai.

In a workshop a little over a year ago our creative team sparked to life, coming up with the genesis of a story. With a tantalising mix of humour and danger, we’ve taken heavy issues and tackled them with comedy, love and a hint of the unexpected. Think ‘Orange is the New Black’ if it was directed by Martin Scorsese. We’ve resisted the urge to rush this idea, which has so much potential, to the stage and instead taken the path of rigour. We’ve given ourselves time to research and explore, challenged ourselves to find depth and truth, tested the dramatic function of each component and all the while continued to hone and polish the balance between humour and danger. We’ve done all we can from our homes in separate cities and now we need your help to bring us together and complete it.

With prisons and prisoners being in the headlines a lot lately, the timing is right for a story that looks at life on the inside that’s funny yet doesn’t pull its punches. Keep an eye out for our video in September to get a taste of what we’ve been working on.

Our team consists of:

Miriama McDowell as a writer and actor in ‘Cell Fish’. Miriama’s film and television credits include The Dark Horse, No. 2, Hope and Wire and This Is Not My Life. She is also a member of Massive Theatre Company and recently made her theatre directing debut for Taki Rua Productions with Briar Grace-Smith’s ‘Nga Pou Wahine’. Miriama is currently studying clown with Philippe Gaulier in Paris and will bring all that she’s learning straight into the ‘Cell Fish’ script writing workshop.

Rob Mokaraka as a writer and actor in ‘Cell Fish’. Rob is one of the co-authors and co-creators of the award winning theatre piece ‘Strange Resting Places’ which toured to American Samoa, Australia, London, Edinburgh, Singapore and pretty much every Arts Festival in NZ between 2007 and 2014. He’s won best Newcomer at the Chapman Tripp Theatre Awards for his role in ‘Have Car Will Travel’ by Mitch Tawhi-Thomas and his film credits include ‘Tama Tu’ directed by Taika Waititi. Rob is based in Wellington where he’s currently developing a solo show called, ‘Shot Bro’.

Jason Te Kare as dramaturge and director on ‘Cell Fish’. Jason has twenty three years’ experience in the theatre. He has worked with Massive Theatre Company, Taki Rua Productions, ATC’s 2nd Unit and Tawata Productions. He was co-ordinator for the inaugural Putahi Festival in Wellington and has been a drama producer for Radio NZ for the past nine years. Jason has Chapman Tripp Theatre Awards for Best Newcomer in ‘Flatout Brown’ by Briar Grace-Smith, Best New Director and Director of the Year for ‘I, George Nepia’ by Hone Kouka. Jason is currently setting up his theatre company TOA Productions of which ‘Cell Fish’ will be the first of many productions to come.

I am the director and dramaturge for 'Cell Fish'. I am also artistic director and producer for T.O.A. (Theatre of Auckland) Productions who will produce 'Cell Fish'. I'm giving my time and skills free to this project because I believe in this story and I back the skills and talent of the creative team telling it.

Created by, and paying to a verified bank account of, Jason Te Kare
Page Moderated
The page has been checked by our team to make sure it complies with our terms and conditions.

Want to get in touch with Jason Te Kare?