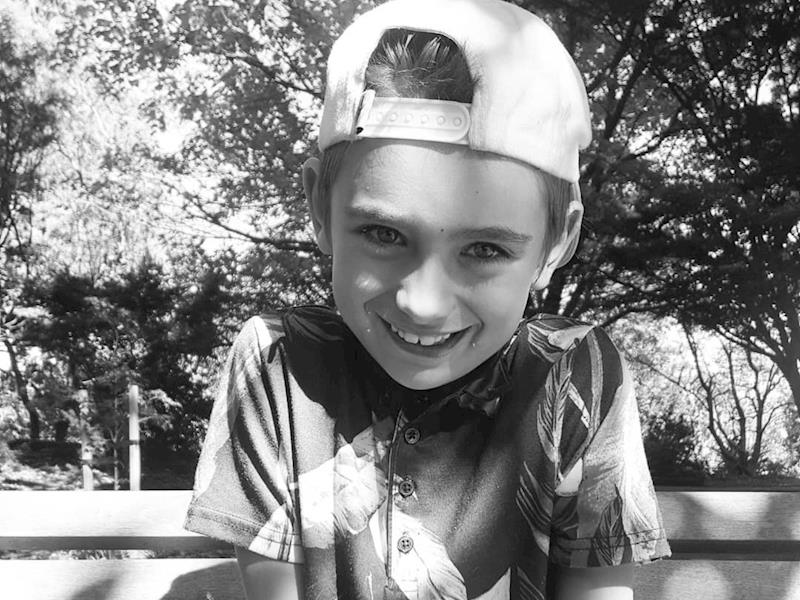 Given by 175 generous donors in one year

Manaia has a Brain Tumour called a Pineal Germinoma. With help - we can make his aftercare a bit easier for his family.

On Saturday 16th of Feb we had the shocking news that Manaia has developed a brain tumour.

We had noticed over the past couple of months that something wasn't quite right with him (nausea, vomiting, fatigue, headaches, stomachaches) but multiple GP's couldn't figure it out. He went really downhill in early Feb to the point where he was struggling to wake and his eyes were hugely dilated.

This prompted us to get him to A&E (again) where they took him straight into a CT scan. This confirmed the tumour and we were rushed via jet to Starship Childrens Hospital in Auckland. The tumour was in a region in the brain where it was blocking the normal flow of fluid, therefore it was putting extra pressure on his brain as the fluid couldn't escape and this is what was causing the aforementioned symptoms.

On Monday 18/02 the Starship surgeons performed surgery. They made cuts into his head, one to relieve the pressure on his brain, and another to take 4 samples of the growth (biopsy) so they could figure out what it was and how to fix it.

Throughout the following week we had multiple scans and tests, as well as many meetings with doctors/consultants. We have been told it is something called a pineal germinoma. It hopefully shouldn't require any further surgery but will need chemotherapy and radiotherapy. This will be based in Christchurch over the coming months. Unfortunately this tumour is still considered malignant. Thankfully scans have shown it hasn't spread to any other areas of the body yet.

Along with the shock and emotional toll this has on the family, it also comes with some financial heartache as well. Mum will now leave her job to become Manaia's full time carer, and Dad will also have much of his work life limited too.

Manaia has been an absolute trooper as expected and we have been blown away with everyones support so far. So thank you to you all.

We are all staying strong and positive as a family but know we have a long and dangerous road ahead. If anyone can beat this then it's Manaia.

Manaias road to health is just starting and I’m hoping to raise help for the going costs that will be a part of this journey for Tahu, Laura(Mum) and 2 younger siblings.

Manaia has a long road of Chemotherapy ahead. This will involve continuous travel from home to main centres, full time care, family expenses because he is only 7 & any unforeseen costs that may arise during his aftercare journey. Funds will be paid to Shane Tahu-Potiki Huntley, Manaias Father. 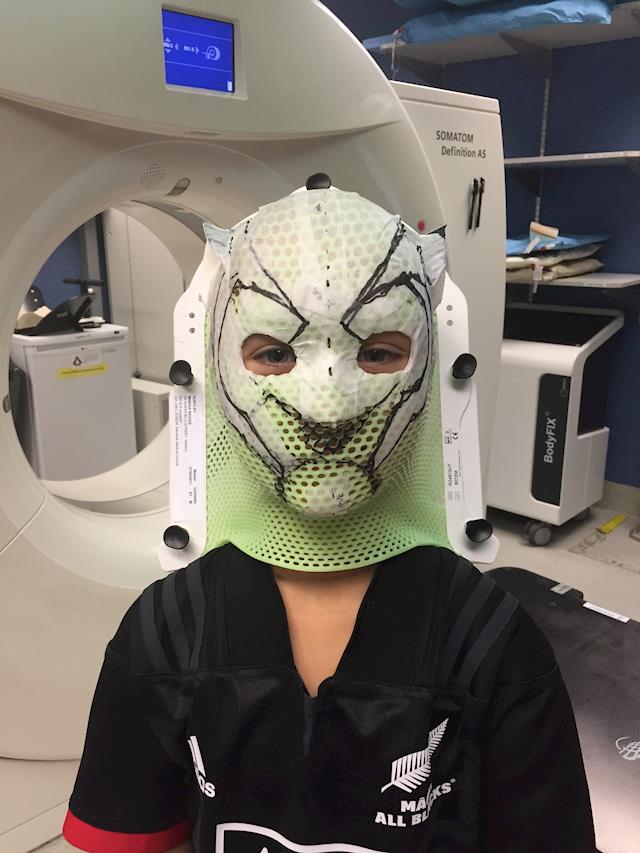 It's been a while since we posted an update on here but Manaia has been busy blitzing through his treatment. 4 rounds of chemotherapy have been completed and we have been spending a lot of time down in Christchurch getting ready to start radiation therapy.

The last round of chemo really took it out of Manaia, his blood counts were all pretty consistently low, he spiked a high temperature which is a sign of an infection and also caught noro virus which saw him in isolation on the Children's Oncology ward for 9 days. His taste buds completely changed so all food was tasting pretty yuck apart from raw carrot and apples! But Manaia battled through and despite all of this made it through a dozen play therapy sessions and amazingly was able to have this radiation mask made whilst awake. We were pretty certain we were heading down the route of having to have a general anaesthetic but Manaia pulled it out of the bag!

We head down to Christchurch to start 5 weeks of radiation therapy on 1 July. Thank you for all the continued support from friends, family and even from strangers who have donated on GiveALittle and helped us massively with the financial impact of Manaia's treatment! It is appreciated beyond words. The Huntleys xxxxxxxxxxxxxxx

Paying to a verified bank account of Shane Tahu-Potiki Huntley on behalf of Manaia Huntley
Page Moderated The page has been checked by our team to make sure it complies with our terms and conditions.

Given by 175 generous donors in one year