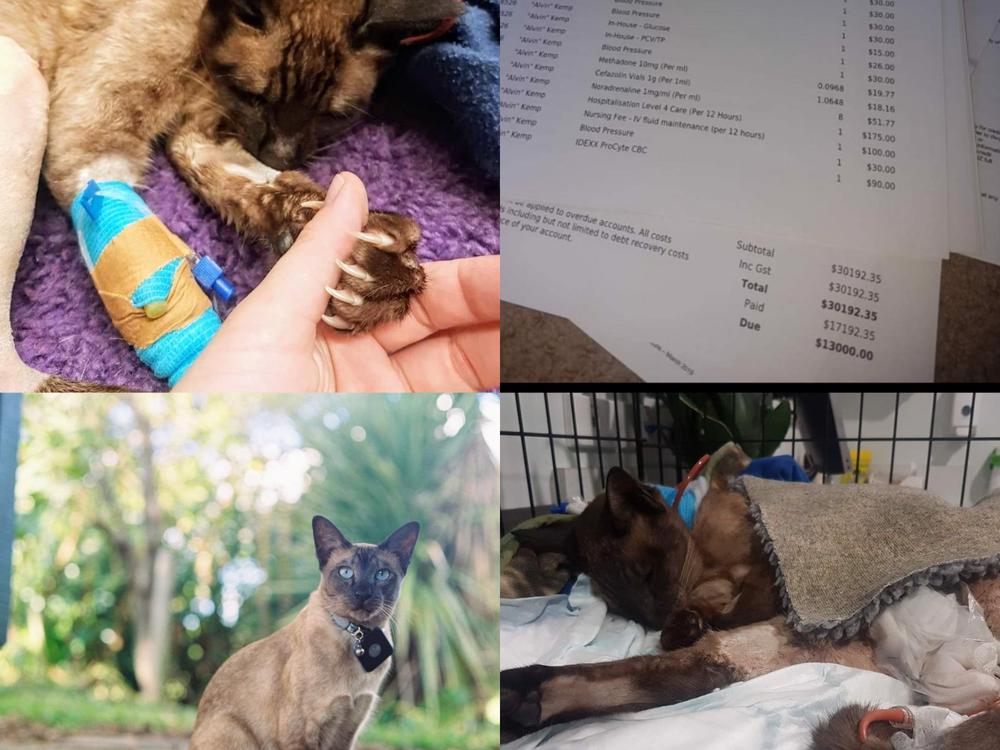 Alvin has sustained traumatic injuries resulting in a massive vet bill upwards of $30k and we are desperately seeking financial support.

Shannon was awoken this morning by the unmistakable and unforgettable sound of Alvin crying out in tremendous pain. It was clear something was wrong by the sound but looking at him revealed a terrifying result. He was badly injured, bleeding, broken, bruised, and swollen. He was immediately brought to our regular Vets where he was put on fluids, oxygen, and pain medication while the damage was assessed. During this time Shannon reviewed the camera footage that had been taken outside her door where she saw Alvin dragging the lower half of his body for 2 hours desperately trying to get inside, before finally scaling a fence and coming through the cat door.

Alvin is a the sweetest most loving little man cat I've ever had the privilege of cuddling. He has been there to support Shannon through some of the hardest moments in her life and we desperately want to give some of that back to him. He managed to get himself home despite severe injury and tremendous pain because he knew he would be taken care of.

Based on the puncture wounds on his lower half the Vets presume he was bitten by a dog. He has sustained an intestinal hernia leaving his intestines outside his body, a fermural fracture with potential and likely muscle damage, and a laceration on his back with currently unknown trauma. His home leads to a reserve in remuera where he has frequently played without issue, however today it seems that is no longer the case.

Based on the special nature of his injuries he has been moved to an emergency hopital, surgery is being quoted at $17k not including the $2k to stabilize him and run tests today or the $768.80 at the initial vet appointment before moving him to emergency.

***At this stage the current bill is over 30k everyday the costs rise a significant amount. ***

This is obviously a tremendous amount of money and Alvin's life depends on it. He is such an amazing cat who has provided endless emotional support and joy to the lives of many. If you can help us return the favor to him in any way we would be immeasurably grateful.

**ANY EXCESS FUNDS WILL BE DONATED TO A CAT RESCUE**

I am here as Shannon's partner to support the fundraising of necessary surgery for Alvins survival.

To cover the cost of Alvin's medical bills. 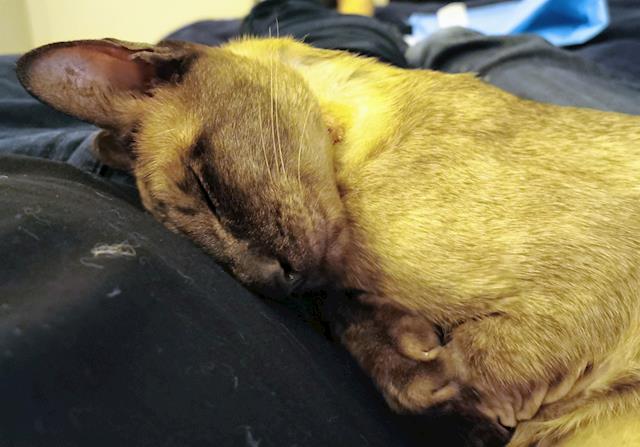 Alvin has been thoroughly enjoying his first week home. He cannot stand being in his cage even for a second so instead he spends his time cuddling with Shannon, sleeping, purring, gaining more confidence walking around.

Alvin is really seeming like his old self. He was in such a bad way for so long and we couldn't be sure how his recovery would progress. We are pleased to report his is doing so well! He has a very healthy appetite, has had his feeding tube removed, he meows when he needs to use the litter tray, and he is so loving.

If you are interested in more regular updates we have started a page to showcase Alvins miraculous recovery journey made possible by each one of you all and the amazing Vets at VSA.

Andrea on 20 Feb 2020
All best wishes for Alvin's comfortable and complete recovery.
Private

Paying to a verified bank account of Shannon Kemp
Page Moderated
The page has been checked by our team to make sure it complies with our terms and conditions.

Want to get in touch with Carley Bereny?