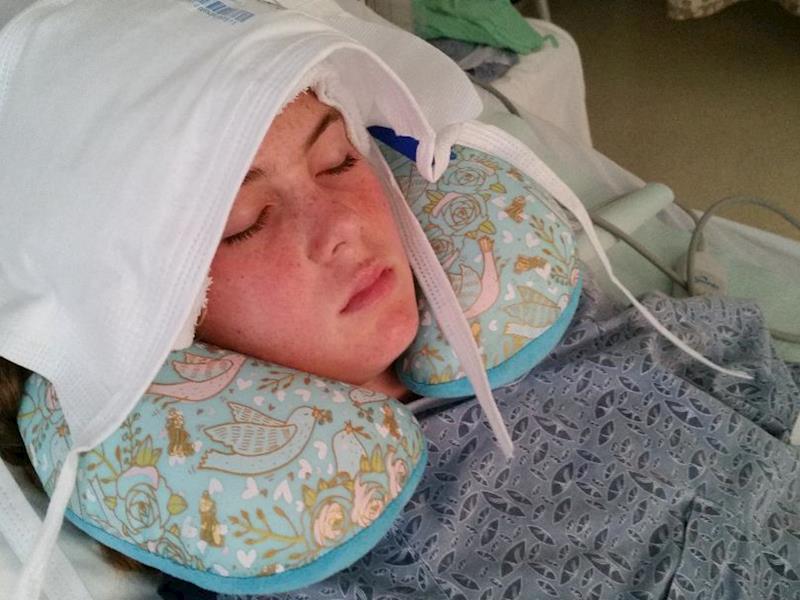 Given by 488 generous donors in one year

When the Ledbetter family from New Zealand (NZ) made a trip to the USA they thought they were making a trip of a lifetime instead of a trip that could have severely affected their daughter’s quality of life.

Alyssa is our young, loveable and exuberant 11-year-old daughter. She has always been a healthy and active child who loves hip-hop dancing, various sports including field hockey, swimming and surf-lifesaving with her family.

On Saturday July 21st 2018 Alyssa was swimming with her cousins and brother in Lake Washington, near the city of Seattle in Washington State. Unexpectedly she hauled herself out of the water complaining of a severe headache, neck pain, blurry vision and numbness in her legs. We knew from the symptoms this was likely a spinal or head injury and attempted to assist her to the lifeguard tower. Amazingly Dr. Alisha Brown, an emergency room doctor at Harborview Medical Center, was picnicking nearby. She noticed Alyssa’s condition and generously offered her assistance. Harborview Medical Center is the primary trauma hospital for the states of Washington, Alaska, Montana and Idaho.

Once inside the lifeguard station and on a stretcher Alyssa’s condition deteriorated abruptly and seriously. She lost control of her bodily functions and began to seizure uncontrollably. Her blurred vision worsened, she couldn’t recognise the people in the room and called out for her parents. Next, she began to fall in and out of consciousness. We called 911. We knew it was bad but Dr. Alisha Brown knew if Alyssa did not get to Harborview Medical Center ASAP Alyssa could end up with permanent and irreversible brain damage.

As the medics took Alyssa to the Harborview Medical Center’s emergency room Dr. Brown called ahead and to our surprise when we arrived the doctors were outside awaiting us! Neurological surgery immediately followed--they drilled through her skull to relieve the pressure and drain the fluids. The quick responses by all involved proved crucial.

The neurological doctors at Harborview Medical Center determined Alyssa has two Arteriovenous Malformations (AVM) in the frontal cortex of her brain. Alyssa had suffered a subarachnoid haemorrhage when the “weakened” blood vessels in her brain ruptured and burst from the high pressure of blood flow from the arteries, causing bleeding into the brain. The neurological doctors have determined that open brain surgery is not an option as the AVM is too deep inside her brain and the risk of permanent damage is too great. The only other realistic option is Gamma Knife Radiosurgery; this is why this GIVEALITTLE page has been created.

Alyssa remained in the Intensive Care Unit (ICU) and pediatrics ward as her brain continued to slowly heal. Dr. Alisha Brown visited Alyssa nearly daily and has grown very close to the Ledbetters. Dr. Brown has since revealed to us that she imagined that Alyssa was her own daughter and instantly formed a connection with Alyssa. We believe Dr. Alisha Brown is Alyssa’s guardian angel.

Alyssa was released from Harborview Medical Center on 7th August but was readmitted to ICU the very next day as a precaution because her AVM symptoms flared up again. Doctors have said her recovery will continue to be a long slow process with many of the symptoms expected to re-emerge but hopefully to a lesser degree. On 11th August she was released from Harborview Medical Center for the second time to complete her outpatient treatment before the doctors clear her to safely fly back to New Zealand. Once in NZ Alyssa will have to wait at least three to six more months for her brain to heal sufficiently before she can undergo Gamma Knife surgery. Unfortunately there is no Gamma Knife in New Zealand. The closest is in Sydney, Australia.

Thankfully, our travel insurance has been absolutely amazing and very supportive of us thus far in the USA! New Zealand has a fantastic public health care system, however, as mentioned previously, Gamma Knife is not available in New Zealand. Our understanding is that once back in NZ, with the help of neurological doctors and specialists we will have the opportunity to apply to the Ministry of Health to have “high cost treatment” funded for Gamma Knife. If the application is unsuccessful, we anticipate potential costs to include:

One or more trips to Sydney may be necessary. Numerous medical expenses including the Gamma Knife, ongoing CT and MRI scans, medications and various travel and accommodation expenses will be necessary. Possible other expenses may include ongoing speech and language or physical therapy. These expenses could mount quickly but the finer specifics remain unknown, so far. Funds are needed immediately and urgently.

The Ledbetters would like to give special thanks to Dr. Alisha Brown, Harborview Medical Center and their amazingly vast array of medical experts- they are the best! We are absolutely humbled by the overwhelming support everyone from NZ, USA and the rest of the world have shown in their philanthropic support to Alyssa’s cause.

With the most kind and humble regards,

My Name is Dave Ledbetter. I am Alyssa's father.

Numerous medical expenses including Gamma Knife, ongoing CT and MRI scans, medications and various travel expenses will be necessary. Other expenses may include educational and/or physical therapy. Funds are needed immediately and urgently. 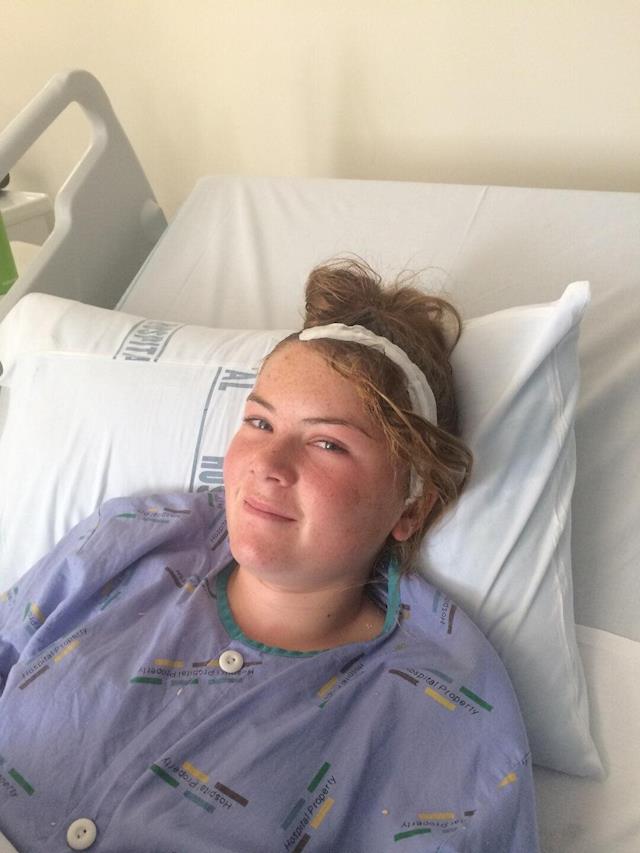 After the embolism we were quite happy that the risk was reduced significantly but we knew it was not over yet.

Dr Andrew Law (our brain surgeon) informed us that the remaining 10% of the AVM in her brain (malformed vein- prone to rupturing) HAD to be removed through a craniotomy. If it wasn’t removed, it could grow bigger and present similar risks as before the embolism. Simply, the idea was to remove every last bit of the AVM and put this thing to rest forever. We did not like the intrusiveness of cutting a hole in her skull, removing the AVM and the long recovery associated with a craniotomy but we had tried everything else- this was the next step.

On May 6th 2019 we came up for pre-operative scans and test to prepare for the craniotomy the next day. May 7th Alyssa was nil by mouth from 6 am, she was admitted to hospital at 1030 am and was scheduled for surgery at 1 pm. Unfortunately the surgery before her took longer than expected and Alyssa did not go into surgery until 3 pm. Waiting that long without food or drink was an emotional time for everyone. I (Dave) took her into the surgical room and supported her as they put her under general anaesthetic.

A long 3-½ hour wait ensued. Waiting is tough- too much thinking through different scenarios for concerned parents. We were relieved to see her in the recovery room and hear the surgery went very well. The doctors think they got all of it!

Now we have a week in Starship Hospital before she has one more scan to confirm the doctors have removed it all. After that it is two weeks at home in Whakatane with no school for Alyssa. Depending upon her recovery rates, the subsequent next 4-8 weeks is transition back to school with possible half days or similar.

Created by Dave Ledbetter, paying to a verified bank account of Dave Ledbetter on behalf of Alyssa Ledbetter
Page Moderated The page has been checked by our team to make sure it complies with our terms and conditions.

Given by 488 generous donors in one year