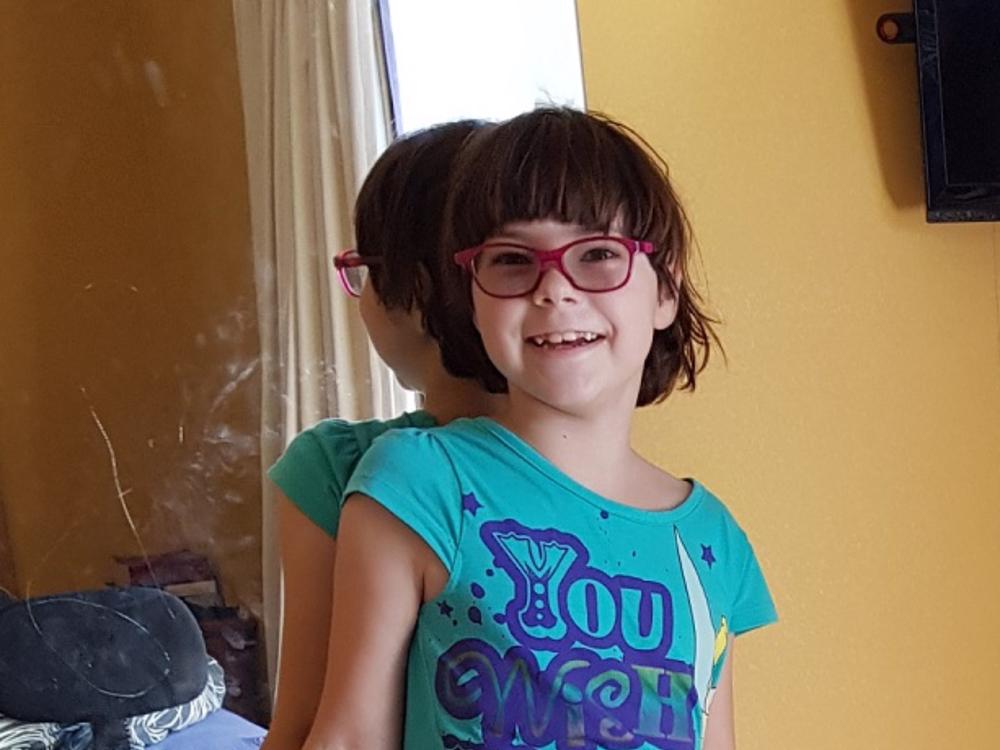 $3,969 donated
Given by 35 generous donors in one year
Share Closed

Please help Asher get more Charlotte's Web CBD oil to help control her seizures and give her a better quality of life.

Asher had her first seizure at 4 months old (June 2013). Just before her first birthday, she had 12 seizures in less than 24 hours and so had to start anti-epileptic drugs. In December 2014 we got the rare diagnoses of Dravet Syndrome Epilepsy. This explained why drugs were not able to fully control her seizures.

When Asher started on the drugs, we started getting her to take Hemp Seed oil. This helped so much with controlling the aggression which was so commonly associated with the drugs. This was the closest we could get to CBD oil at the time and were thankful for the help it was giving her.

The clear benefit of the oil was seen in September of 2019 when we could no longer purchase the CW CBD oil. We were nervous about trying a different brand, so decided it would be a good time to trial her off the oil. On the oil she had been having only 1 or 2 seizures a month (which was incredible compared to the average of 11 a month in 2017). In 4 weeks off the oil, she had 5 seizures and her behaviour had deteriorated so badly. She was hitting her teachers and the other children at school. She was terribly violent at home and it was just getting worse every week. So we decided we had better give the other brand a try.

Thankfully it did help control the seizures a bit more, and it improved her behaviour and concentration. The teachers commented on how much better she was able to focus and concentrate on her work when she was back on CBD oil.

Unfortunately that 2nd brand became harder to source and so we tried a 3rd brand. Unfortunately the difference was seen in seizure control and so we started the hunt as to how to get her back onto the ideal - Charlotte's Web CBD.

Thankfully we have a friend in America who is happy to be a go between for us. So I buy the oil directly from the Stanley Brothers and have it shipped to her. She then ships it over to us in New Zealand. We have already seen the benefit on seizure control now that she is back on CW CBD.

At the last appointment with her neurologist, he gave us information about the studies about the recommended doses of CBD oil for epilepsy control. At this stage, we have been able to afford to give her 50mg / day. He has said that the recommendation for her weight is over 500mg / day.

Obviously we would like to give her enough oil to totally control the seizures, and even be able to get her off some of the very strong drugs that we are forced to use, to reduce the seizures as best we can. The only limit we have however, is finances.

As a family of 8 we have made a number of sacrifices in order to get Asher the natural products we have over the years, to help her as best we can. We don't have family holidays, or meals out. The biggest "treat" for the children is getting hot chips occasionally. They are used to mostly having "hand me down" clothes and the cheapest shoes. And I'm grateful the siblings are all so caring towards Asher and understanding of the challenges she has.

With the doctor mentioning that the only limit on how much CBD oil to give - is our finances, I thought it would be a good idea to just put the word out and see if there were some people who would be interested in helping Asher to have as much CBD oil as she can get.

Asher is my daughter. The 2nd youngest of 6 children.

Updated on 13/04: With the adjusting legal situation in NZ, we may not be able to continue to import CW oil from America. If this happens we will use the funds to buy the best quality CBD oil we can for Asher in NZ.

As it takes a long time to get the CW oil from the USA and changes in NZ law are making it more difficult to get products into the country, we are looking at trying a local brand. It's 4 times the strength of the current CW oil, and with the price being less than the CW oil (/mg), we think it would be a good idea to try this stronger oil. If we get enough to get the $800 bottle, we will be keen to keep her on the current dose and see how this brand compares at this wonderfully increased dose.

Thank you so much for this wonderful gift. We are so very grateful.

Guest Donor on 12 Apr 2021
I hope you manage to get enough funding to keep on track. 🙏
$50
Belinda Buckland

Thank you for your generous gift.

Margaret on 11 Apr 2021
I am so glad this medication is helping Asher.
$50
Belinda Buckland

Thank you for your generous gift Margaret.

Thank you Kirstine. Ever gift is a much appreciated help.

Created by, and paying to a verified bank account of, Belinda Buckland on behalf of Asher Buckland
Page Moderated
The page has been checked by our team to make sure it complies with our terms and conditions.

Want to get in touch with Belinda Buckland?