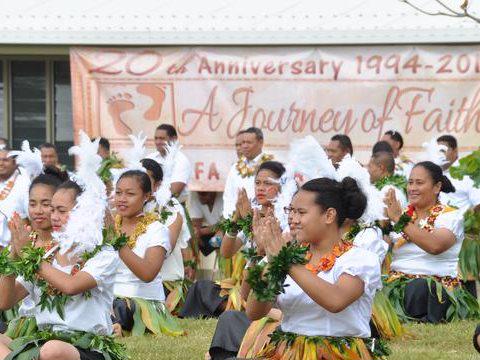 Raising funds for the visit 54 Tongans Brass Band group who were injured in the bus accident in Gisborne the evening of Christmas Eve.

We are now looking to support the family members of those Tongans involved in the horrific bus crash. Multiple families have dropped everything to fly from Tonga to NZ to be by the bedside of 5 seriously injured members of the Brass Band. They are paying out of pocket for travel and accommodation. All funds raised on this page from 5/1/2017 will go towards supporting those family members while here in NZ.

Thank you in advance!! Kristina Williams

Please help raise funds for the 54 Tongans who were injured in the bus accident in Gisborne the evening of Christmas Eve. This Brass Band group had just arrived in the country from Tonga and were traveling to Gisborne to perform at a Church service on Christmas Day.

They only have the clothes they were wearing at the time of the accident, all their belongings are trapped and strewn down a steep bank. As one of the first on the scene of the accident I was in admiration of this groups composure, attitude and thanks towards one another and their helpers.

This is a terrible accident and I am willing to organised this give a little page and make sure that the money raised will go directly to those on the bus.

The Church organizer who lives in Gisborne was in a separate car drove to my home to raise the alarm. He has worked for my families' business for 3 years. Myself and 2 others were one of the first on the scene. 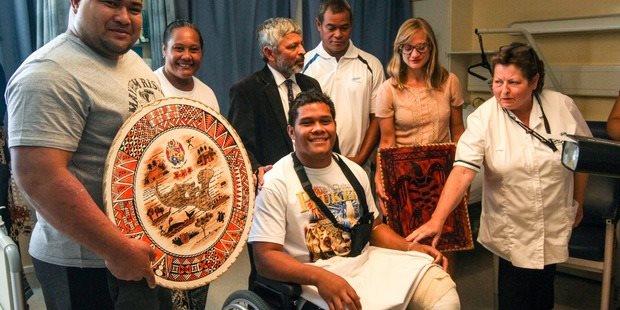 Survivors of a fatal Christmas Eve crash have thanked the Hawke's Bay Hospital staff who have helped them recover.

?On Christmas Eve, a bus carrying 54 people crashed down a 100m bank off State Highway 2 in Gisborne. Three of the passengers, Sione Taumalolo, 11, Talita Moimoi, 33, and Leotisia Malakai, 55, have since died.

Many on board were teenage members of the touring band from Mailefihi Siu'ilikutapu College in Tonga, along with their teachers and supporters, and were on their way to Gisborne for a Christmas Day performance.

Two of the eight people hospitalised after the crash, Scott Taufa'ao, in his 30s, Tevita Lokotui, 18, have been at Hawke's Bay Hospital.

In an emotional ceremony today, the men and their families presented gifts to the Hospital staff who have helped the two recover.

Mr Taufa'ao, a primary school teacher, said he remembered everything about the crash.

"I was thrown out when the bus first crashed ..and I laid down still until the ambulance came," he said.

While he waited, he "just looked at the sky, and thanked God...I was alive."

He relayed how Tevita had remained in the bus when it crashed.

Tevita was the head boy of the Vava'u school, and played the B Bass. The rugby player lost his left leg as a result of the crash, but today he was "feeling happy".

"He knew that his leg was damaged, so he [fainted]," Mr Taufa'ao said. The next the 18-year-old had remembered was waking up in hospital.

While it had been difficult for Tevita's parents, 'Aisea and Polosepina, to fly to New Zealand due to the immigration office being closed over Christmas, they were recently able to reunited with their son.

The men's Tongan support people, Sia Uili from Waitakere Hospital and Akesa Uili Halatanu, the matron at Viola Hospital in Tonga, had worked with the hospital to get visa's for Tevita's parents to come out to New Zealand.

"Because that's their wish to come, and I believed they should be here to support him," Ms Uili Halatanu said.

"There was no feeling like having his parents with him.

"When he saw his parents, there's nothing we could do to replace that."

Tears were shed today, as the men and their families presented gifts from Tonga to the Hospital staff who have helped the two recover.

The men and their families shared their thanks to the staff, and spoke of the high quality care and support they had received at the hospital.

It is expected that Mr Taufa'ao will be discharged from hospital soon. Tevita will be flying to Auckland for further care, and is expected to be able to return home in around six weeks.

He hopes to one day get a prosthetic leg.

A resident who was one of the first on the scene has set up a Give A Little page for the crash survivors. More than $42,000 has been donated.

¦If you would like to donate money to the 46 Tongans who were injured in the crash, visit givealittle.co.nz/cause/christmasevebuscrash

Created by, and paying to a verified bank account of, Kristina Williams on behalf of Tongan Church Group
Page Moderated
The page has been checked by our team to make sure it complies with our terms and conditions.

Want to get in touch with Kristina Williams?