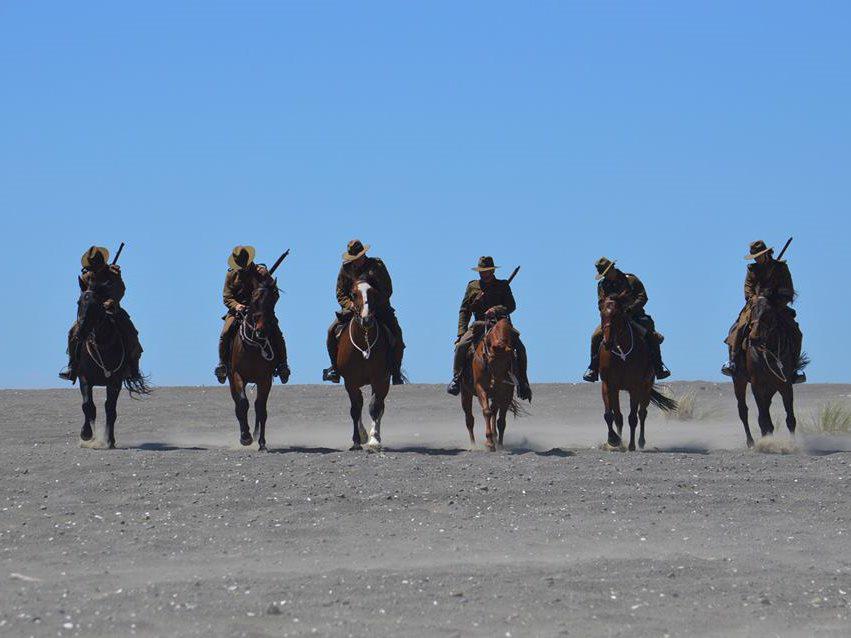 This team is passionate to tell the story, in film, of New Zealand soldiers and their horses in WW1 over 5 years against the Ottoman Turks.

A moving story that depicts the unique relationship between man and horse against the backdrop of a very real war to be recorded in film.

Young rural men of New Zealand determined to play their part in what they thought would be a short war taking their companions - their horses.

From South Island High Country shearing sheds, to the searing heat of Palestine this moving story reflects the challenges and relationships not only between soldiers and their loved ones but also their trusting and faithful steads.

The concept for relating this work of historical fiction comes from Terry King - and his aim to have the mounted soldiers immortalised in a meaningful and accessible way to all viewers.

This follows a huge project for ANZAC day 2015 "100 years, 100 horses" where Terry undertook the mammoth task to organise and lead a group of 100 riders and their horses in a memorial ride from The Peaks Station to service in Waikari, NZ.

It was a true ANZAC affair with members of the Australian Light Horse Assc also providing representative riders. This group "The NZ Mounted Rifles Charitable Trust" continues with a core of riders in high demand for ANZAC services, RSA and Army commemorations.

The swelling emotions evoked by the sound of many horses hooves moving through the South Island country side deserves to be captured in film as rememberance of lives lost for our benefit.

How your donation will be used:

We have assembled a talented team - see the bio's below and to date the pre production work has been done for love.

Love in the form of script writers and camera crew to the assembling of uniforms and horses, training and feeding of horses, securing the stunt riders and their mounts, designing and building a 'green screen' and of course tying in our admin team who will ensure your contribution is responsibly managed.

We are ready to make our trailer which will really pull all the expertise together. The trailer will also assist in funding applications through mainstream organisations as we prepare for making the full film.

Our timeline is tight - we are aiming to be screening the final product in 2018 to commemorate the end of WW1.

The 10 "Hero" horses need to be trained together to make the most out of filming time and truly recreate the atmosphere of WW1 Mounted Rifles. They also need to be on the same diet so when we are travelling to location feeding is straight forward, their health and welfare is of paramount importance to the team - our budgeted running costs per day per horse is $35 - that soon adds up!

The executive team are aiming for the people involved to gain some recompense for their input from here on in, not only to recognise the value of each individual, but of course to ensure we keep them onboard!

We have done the hard yards in preparation its now time to get those camera's rolling and YOUR donation will make such a difference to the success of this project.

Thank you, and keep looking us up - a Facebook page will follow soon and we will keep both pages dynamic and informative to let you know where we are at.

Of Erewhon Productions that is a small group of film makers , producing to date, music videos and short stories for film, so far we have made a number of videos for dvd and short doco's of the stories of the rural sector. We use have high tec cameras filming in K4 format, and high spec Drones.

"Screen writing is my passion. I write in a range of styles and genres and my work ranges from features, to TV series, to Web series and short films. I have placed as a finalist or semi-finalist in eight screen writing competitions in Los Angeles, New York and New Zealand.

I worked full time as a staff writer on the American Power Rangers Dino Charge TV series and continue to be mentored as a producer by the American co-producer of that show. I wrote and produced the Children's Sci Fi Web series, RESET with funding from NZ on Air. RESET can be seen on TVNZ On Demand and Maori Television On Demand as well as internationally. RESET was a finalist in the NZ Web Fest 2016 and has been accepted into the LA Web Festival 2017.

I edit for a number of writers in the USA, UK, Australia and NZ, and guest lecture at the Auckland University of Technology (AUT) on Story Structure and Screenwriting."

Award-winning director, Darren is best known for co-directing the feature, UMBRELLA MAN (2015) and directing and producing the short film, INC’D(2014), starring Rob Mokaraka. Darren also directed the NZ On Air funded Children's Sci Fi Web Series, RESET, with writer and producer Tanya M. Wheeler. Darren is an experienced director and producer, working on commercial projects, as well as dramas, through his production company, White Horse Productions. Darren believes that the story of the Cold Footed Mounts is a cinematically compelling and original story that will engage with its audience. 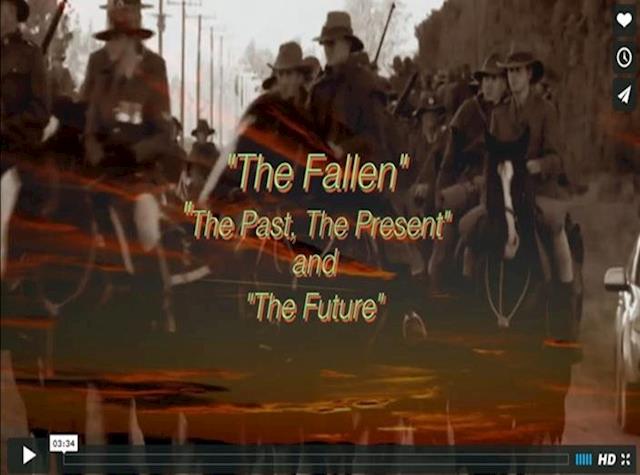 A video prepared by Terry.

Thanks Shayla. We look forward to delivering that end product!

Thank you so much Helen for your generous donation.

Created by, and paying to a verified bank account of, Danette Moriarty on behalf of Cold Footed Project
Page Moderated
The page has been checked by our team to make sure it complies with our terms and conditions.

Want to get in touch with Danette Moriarty?