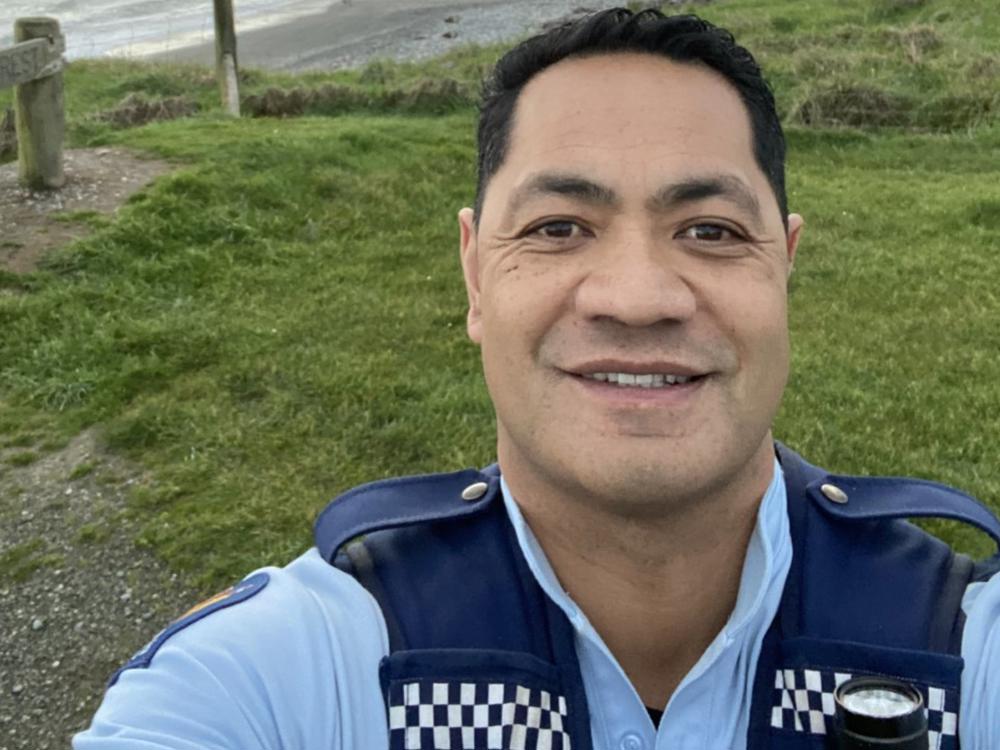 Dedicated Dad, husband and Police Officer in the fight for his life

Please help our mate Steve Ioane to pay for much needed treatment for stage 4 lung cancer.

Last month, our dear friend and proud Dad to four beautiful kids here in New Zealand, was devastatingly diagnosed with Stage 4 Lung Cancer. We are grateful that there is a treatment plan consisting of chemotherapy and immunotherapy which he has already started.

The immunotherapy is unfunded (Pembrolizumab/Keytruda) and costs thousands of dollars every 3 weeks. The chemo is also unfunded until he can get off a public system waiting list.

Steve was in the process of blending his families with his new wife and her children. He will officially be a father to a total of 9 children. Following six months of repeated Doctors visits with no answers, Steve heard the devastating news while on holiday with his wife.

Steve is a well respected and current serving Police Officer, of 17 years. He served the majority of his time in Manurewa, Counties Manukau where he predominantly worked with youth. He has also served with the Queensland Police, Waikato Police and is currently stationed in Ohai, Southland.

He has a strong work ethic and passion for youth and communities. Steve has recently completed his Bachelors in Youth work. Ethan, aged 12 is his youngest child and we are hoping he can be around for as long as possible for him and the rest of his family.

Steve has given his all for his family and the communities he has worked in. He is not the type of guy to ask for help, but knows now is the time to swallow his pride and accept help from those who love and appreciate him.

Steve and I have been friends & workmates for the last 20 years. He is a happy seize the moment kind of guy, so we are devastated by this diagnosis. A bunch of us want to give our mate the treatment he needs, so he can be here for as long as possible!

Will be used to pay for chemo & immunotherapy treatment (Pembrolizumab/Keytruda) over two years. In total the treatment costs $102,000 in the first 36 weeks, with additional costs to follow. This is before any transport or other associated costs to and from hospital.

Thank you so much for your generous donations. To date we have raised $43,000 which is absolutely amazing and just goes to show how much Steve is appreciated in his communities.

We have had many donations, fundraisers held, baking goods sold etc. Every little bit helps and we are really grateful.

I know a lot of you will be wanting to know how Steve is doing, so here is a personal update from yours truly:

I’m just so humble and thankful to all the people who have donated, some of who I don’t even know. I know a lot of people have organised fundraising, bake sales and sports events to raise money for me. Without them I wouldn’t be able to get the treatment I really need. The way the communities have rallied together to support me has been overwhelming, my family and I are extremely grateful.

My first round of treatment was quite a rough ride but the second one was a bit more manageable. I know I have a long road ahead of me but will keep you all updated. I really appreciate everyone’s thoughts and prayers.

A massive thank you to everyone again.

Brenda on 06 Jun 2022
Much love and blessings to you and your family Steve, it's so not right that on top of your illness you have to pay so much just to get your treatment. With your dedication to your community, and your work with youth you deserve so much more 💕
$50

Paying to a verified bank account of Steve Ioane
Page Moderated
The page has been checked by our team to make sure it complies with our terms and conditions.

Want to get in touch with Sandra Dacey?