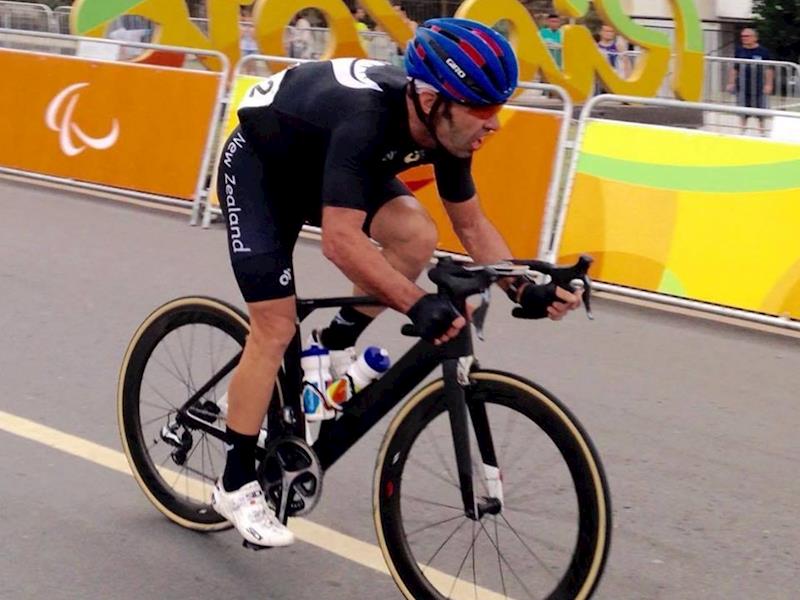 Closed Cause page created in the Sports category by Fraser Sharp

Given by 68 generous donors in one year

Help Fraser, Para-cyclist for New Zealand, chase his dream of wearing the silver fern at the 2020 Paralympics in Tokyo.

To get to Tokyo in 2020, Fraser has to qualify at World Cup events in Europe later this year.

But he has not been eligible for funding to get there so will have to do it all himself. That's why he needs your help!

Five years ago, the idea of competing in para-cycling had never occurred to Fraser.

However the former cyclist, whose life changed after a major accident in 1993 when he was just 16 years old, is not one to turn down a challenge. Just 18 months after someone first planted the idea of the Rio 2016 Paralympic Games in his head, he qualified as part of the five-strong New Zealand team for the UCI Para-cycling Road World Championships in Nottwil, Switzerland.

He did finally get to Rio 2016 at short notice after the selectors somehow left him out of the original team despite winning two national titles at the Club Road National Championships held in Alexandra in March, 2016.

But he rode with great courage in Rio with almost no preparation time, finishing in 8th place in the Men's Time Trial C3 and just outside the Top 10 in the Men's Road Race C3.

“To represent my country at the Paralympics would be a huge honour,” he said at the time. “Anything is possible.”

"Anything is possible" are three words that you hear a lot when you talk to Fraser Sharp for any length of time. It is also the catch phrase that serves as an extension of his name on social media.

If you want something badly, you’ll do whatever is necessary to get it. You are the director of your own life.

That philosophy helped when, after awaking from 30 days in a coma in 1993 to hear that he would never ride again. Fraser, at the time one of New Zealand’s most promising Junior riders, took direction of his own life. A high-speed collision with a car when out cycling had left him with broken bones, skull fractures, and irreparable damage to the frontal lobe of his brain.

Fraser set about relearning vital skills such as walking and talking, got back on his bike (“I like to prove people wrong,” he says) and competed at national level for several years before deciding to take a break and travel overseas.

After an interlude in the south of France, he started racing in triathlons, competing twice in the longest distance, the Ironman (3.8km swim, 180km bike, 42.2km run). In December 2014, while he was preparing for the Ironman in Nice, Fraser was approached with the idea of aiming for the Rio 2016 Paralympic Games.

“I had always competed with able-bodied athletes but I thought ‘why not’? The damage to my brain affects the right side of my body but I had continued racing with the elite. Brain damage is something you have to live with and it never goes away. It affects the nervous system. My body is like a Formula 1 engine but it needs fine tuning.”

The funds raised will be used to fund Fraser's trip to Europe in the summer to compete in 2 x Para World Cups in Italy and Belgium including substantial costs for airfares, car rental, petrol / tolls, food, accommodation, insurance, entry fees and more.

Created by, and paying to a verified bank account of, Fraser Sharp
Page Moderated The page has been checked by our team to make sure it complies with our terms and conditions.

Given by 68 generous donors in one year