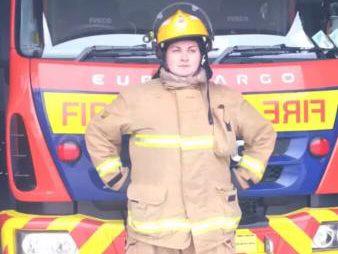 From within the flames

As a requirement of my Masters Programme, I must create a 25 minute science film. I have decided to create a film following the development of a recruit fire fighter on their journey, through their training, on route to becoming a fire fighter.

The story will be embedded with the science of fire and give viewers and in-depth view of what fire looks like and how it reacts when it is attacked. This will be done using fire cams, sourced from the USA, which are capable of capturing footage in temperatures up to 5000 degrees Celsius.

This type of film has never been done before and been successful, but I believe with my personal connection to the NZ Fire Service (being a volunteer myself) and my understanding of fire I am able to make this a first of its kind film!

I want the viewers to gain a sense of what it is like for firefighters when they go into the flames to save life and property. No-one can understand the physical and psychological stress we go through every-time we jump into a truck en-route to a call out, unless you yourself are a fire fighter.

Numerous movies and programmes have been created in the past showing what it is like for police officers, solders and first responder's but none go any further than just out side the flames, when it comes to firefighters. These Fire cameras I plan to use will allow the viewer to get a point of view as if they themselves are the firefighter.

I want to shed light on what it is we do, educate the public and let the audience appreciate a firefighters role.

It is hoped that this film will then be entered into international film festivals and has already been pegged as such a film by the Centre for Science Communication at Otago.

This film could be the start of a very promising career for me so I hope you can help me out :)

I have a specific time line I want to film by but unfortunately due to my limited budget and other life expenses I cannot save all money needed before I want to film. Therefore, if I cant film from within the flames then I cannot finish my Masters thesis.

I plan to set up a facebook page for the film as soon as I can, so please keep your eyes peeled!!

I appreciate and thank everyone who has read this far and has donated, helping me towards my goal!!

Everyone who donates will get a credit mention!!!

Funds raised will be used to purchase the specialized cameras I need to make this film.

I will be using a 'normal' camera from university and my personal go pro but in order to film within such high temperatures I need to use a fire specific camera.

The only company that makes high quality fire cams is an american based company called fire cams (http://firecam.com/). I have requested for over a year for their sponsorship but to no avail.

Created by, and paying to a verified bank account of, Alana Hoover Hall
Page Moderated
The page has been checked by our team to make sure it complies with our terms and conditions.

Want to get in touch with Alana Hoover Hall?