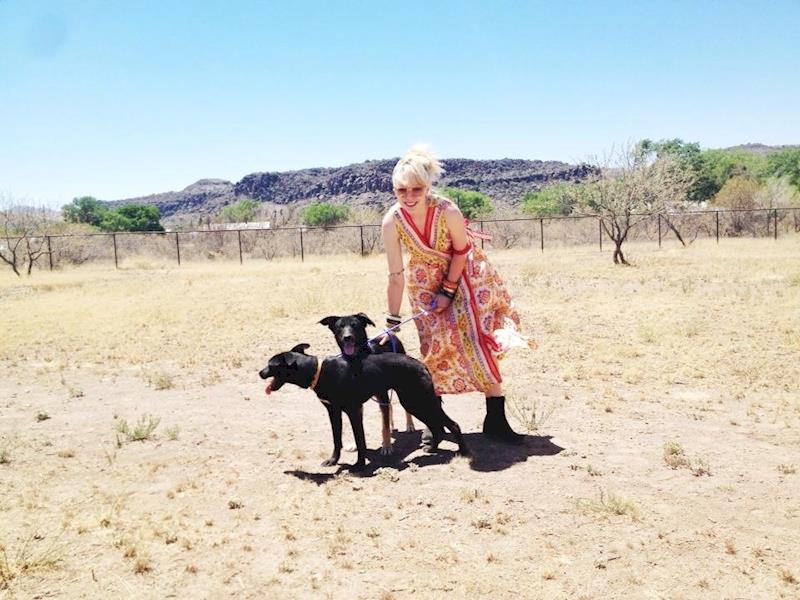 Given by 124 generous donors in around 5 months

My sister Cara-Joy was in a serious car accident in the US, we had to fly her home. This page is to pay for it.

On the afternoon of October 18th, Cara-Joy Purkis, 30 years old, my beloved little sister, had just dropped off her boyfriend at the Midland Texas airport and was trying to navigate in unfamiliar territory. After missing a stop sign, she was T-boned by a 18-wheeler. She was first taken to MCH in Odessa, her injuries being too severe to be treated there, she was airlifted to Lubbock Texas. She had a spleen laceration, bladder rupture, collapsed lung and a pelvis broken in two places. Initially her head injuries were diagnosed in what looked like to be only a relatively small haemorrhage. Doctors at first optimistic expected a long but full recovery. When she didn’t wake up as soon as they thought, they performed more scans to find out she also had a severe diffuse axonal injury. This is often only spotted a few days after the accident has taken place. We were all devastated.

What followed can only be described as a blur of activity for the family and friends as we quickly realised the only hope we had of her recovering was to get her to New Zealand, where her health care was covered by the government/tax payer. Other wise she would only get what the US could give to people who were illegal immigrants with no insurance. Which is not a lot.

As our Dad flew over to be there, our Mum started researching and gathering quotes on flying someone in Cara-Joy’s condition from Texas to Christchurch. Cara’s friends and myself started fundraising to pay for as much as we could, because it was fast looking very expensive. Between amazing friends and family donating, fundraising and some super generous strangers we managed to cover a lot more than we could have hoped for.

Long story short. She arrived home end of November. Cara-Joy is now in a rehab facility and starting her very long road to recovery. We still have no idea to what point she will recover. She had a seriously bad brain injury that kills 90% of those that receive it. She is alive and she is improving. Slowly but surely there are small changes every week.

We are continuing to fundraise to help pay off the money my parents had to find in order to get her here.

I am Cara's sister, so need to help raise the money to bring her home.

We are still fundraising to help pay the money off my parents had to cover to bring her home. I have updated the main content with details on where we are now in this. Here is an update on her condition: http://cara-joy.com/2016/01/16/the-official-doctors-outlook-for-cara-joy/ Her facebook page has more too.

Created by, and paying to a verified bank account of, Simone Quentin de Manson on behalf of My sister Cara-Joy Purkis
Page Moderated The page has been checked by our team to make sure it complies with our terms and conditions.

Given by 124 generous donors in around 5 months