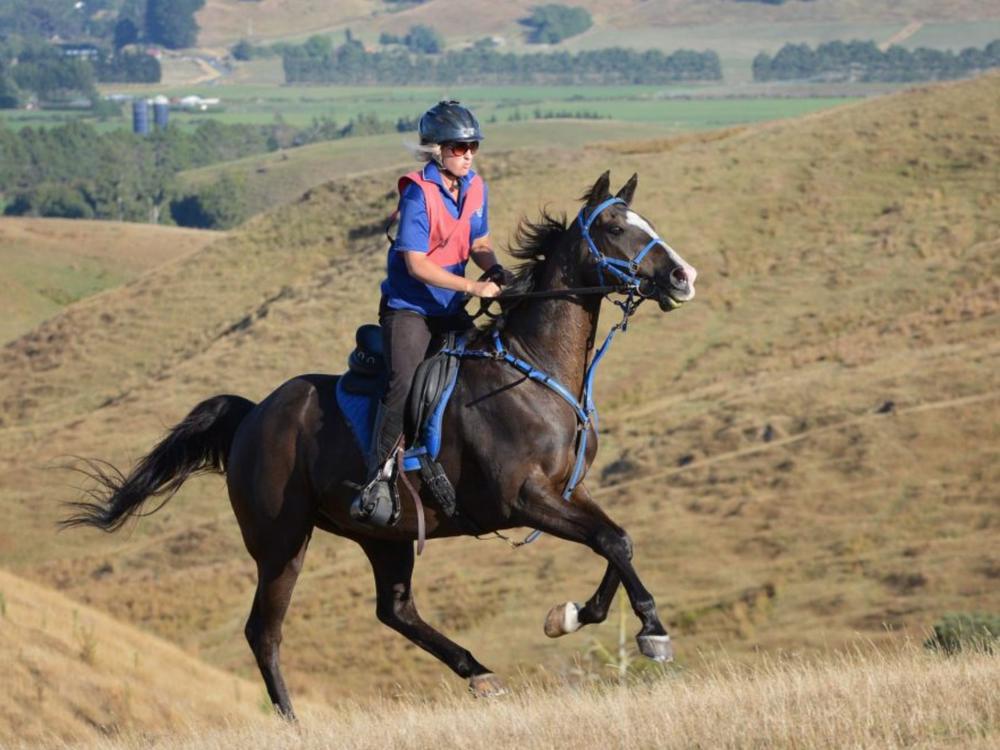 Help Jenny Champion and her horse Barack Obama compete for New Zealand at the World Equestrian Games in Tryon, USA

PGG Wrightsons - Masterton want to help their customer Jenny Champion get to the World Equestrian Games, but we need your help!

Jenny Champion is a full-time endurance rider based in Masterton, Wairarapa. Jenny has been competing in endurance riding for 22 years and has amassed an enviable record.

Equestrian Sports New Zealand selected Jenny Champion to represent New Zealand at the 2018 World Equestrian Games. Champion was selected as the ESNZ selection panel believe she and her horse Barack Obama are capable of achieving admirable results. Champion is gunning for a top 10 placing with an estimated time of about 10 ½ hours.

The FEI World Equestrian Games™, held every four years in the middle of the Olympic cycle, is one of the biggest events on the global sporting calendar, combining eight equestrian World Championship calibre events in a pre-determined location. The FEI disciplines – Jumping, Dressage and Para-Equestrian Dressage, Eventing, Driving, Endurance, Vaulting and Reining (WEG, 2018).

ENDURANCE is a long-distance competition against the clock. It tests the speed and stamina of both horse and rider and challenges each combination to ensure an effective use of pace and navigational skills of undulating terrains. Endurance is the ultimate test of the partnership between horse and rider. Mandatory vet checks and rest periods are a key aspect of the competition and ensure horse and rider welfare throughout the 100-mile test. (WEG, 2018).

WEG is being held in Mill Spring, North Carolina at the Tryon International Equestrian Centre in the United States of America. Competition begins on the 11th of September and runs for thirteen days with the closing ceremony on the 23rd of September. The Endurance riding takes place on the 12th of September.

Although it is a great honour to represent your country it can also call for some tough decisions. Taking a horse to an international event will cost upwards of $70,000 for the round trip – which Mr Round and rider Jenny Champion can not afford. Therefore, after the games are complete, Barack will stay in the United States.

“It’s going to be sad to leave him behind, you know he’s is a good mate and Jenny and I are both very fond of him” says Mark. “He’s a pretty amazing horse” says Jenny. “It will be heart-breaking to farewell Barack.”

PGG Wrightson - Masterton, helping Jenny Champion and her horse Barack Obama get to the World Equestrian Games in Tryon, USA.

All funds will go towards Jenny and Baracks travel costs

Lorraine Grantham on 02 Sep 2018
Good luck Jenny hope all goes well for you and your lovely horse.
$100

Paying to a verified bank account of Jenny Champion
Page Moderated
The page has been checked by our team to make sure it complies with our terms and conditions.

Want to get in touch with Kala Hunter?