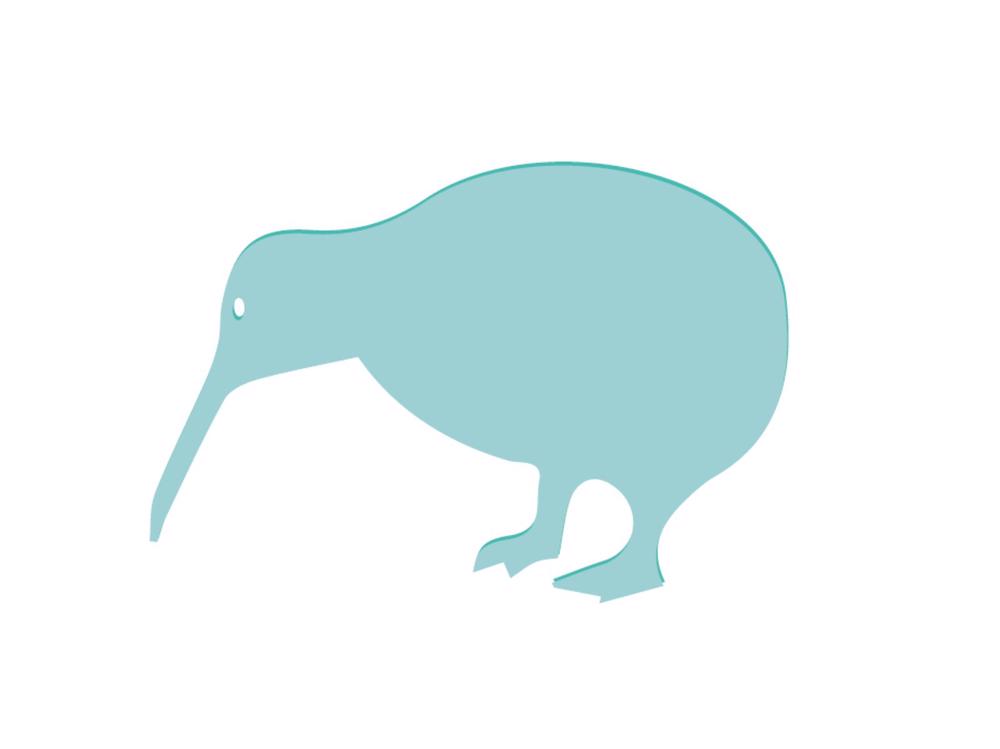 Grounded Kiwis campaign to fund litigation challenging the legality of the Government’s MIQ system in respect of the NZ Bill of Rights Act.

Grounded Kiwis, a newly incorporated society advocating for Kiwis at home and abroad impacted by the Managed Isolation and Quarantine (MIQ) system, has filed a judicial review claim in the High Court in respect of the Government’s operation of the MIQ system, and the limitation this has placed on New Zealanders right to return home.

The claim alleges that the Government has acted unlawfully, unreasonably, and in breach of section 18(2) of the New Zealand Bill of Rights Act 1990 in the way it has established and operated the MIQ system, in particular in respect of the current ‘lottery’ model, and the emergency and group allocation system.

To date, Grounded Kiwis has been supported by numerous volunteer lawyers. Paul and Lucila have prepared our statement of claim on a pro-bono basis, and we now need to raise funds to pay for legal and court fees to bring our claim in court. We have established this crowdfunding campaign to raise these funds, and reached our initial target of NZ$70,000 in less than 24 hours. We now need to raise an additional NZ$100,000 to bring the case to trial.

-What exactly is the nature of the claim?-

The claim is a judicial review. The right to apply for judicial review through the High Court is a central part of the “rule of law”. A core role of the courts is to enforce legal rights and obligations, and judicial review specifically is a key way of making sure that government bodies and officials act within the law and not arbitrarily.

The claim filed by Grounded Kiwis alleges that the Minister of Health, Minister for Covid-19 Response, and Chief Executive of the Ministry for Business, Innovation and Employment acted unlawfully and unreasonably in respect of the design and operation of the MIQ system. It alleges that the ‘lottery’ allocation system, and the offline allocation system (including emergency allocations) are in breach of section 18(2) of the New Zealand Bill of Rights Act 1990, and that the Ministers have failed to take into account the right of New Zealanders to enter New Zealand.

-Who are the barristers acting for Grounded Kiwis?-

We are delighted to have engaged two experienced and high calibre public law barristers to bring this case on our behalf.

Paul Radich QC - Paul is an experienced Queen’s Counsel who specialises in commercial and public law litigation. Paul is the President of the New Zealand Bar Association. He has presented cases, to Supreme Court and Privy Council level, in a range of areas for public and private sector clients. He is an author of textbooks and papers on judicial review, public law, court procedure, commercial litigation and trial advocacy and speaks regularly on these topics. Read more at https://www.cliftonchambers.co.nz/2012/03/paul-radich/

Lucila van Dam - Lucila specialises in public law litigation and advice. She has appeared in a number of cases, to Supreme Court level, for a range of bodies, including Government Departments, Crown Entities, health authorities, iwi organisations and private sector clients. She has also been involved in complex Government inquiries. Lucila commenced her career in 2004 as a Judges’ Clerk at the Wellington High Court. In 2006 she was awarded a Fulbright Graduate Award and a Grotius Fellowship to undertake a Master of Laws Degree at the University of Michigan. Since that time, Lucila has had a range of enriching professional experiences, including lecturing at the Victoria University of Wellington Faculty of Law, interning at the American Civil Liberties Union in San Francisco, working at the Crown Law Office and at a major commercial law firm in Wellington. Read more at https://www.cliftonchambers.co.nz/2021/03/lucila-van-dam/

-What happens if we don’t raise enough money or raise too much?-

We are funding these proceedings based on the money received through this crowdfunding campaign, and it is essential we meet our target (or close to) to be able to advance this claim. Initial filing was generously undertaken by counsel on a pro-bono basis. The amount we are raising is an estimate of legal costs only; the actual amount may be more or less, and there is a possibility we will need to raise more funds as the case proceeds. If we end up with excess money, as per Give a Little rules, this will be donated to charity. We have chosen to donate to the Mental Health Foundation, Lifeline and/or other similar charities supporting mental health of New Zealanders. It is important to note that no refunds are available so please only give what you are comfortable contributing.

-What will be the outcome of the case?-

We cannot anticipate the final outcome of this case. If we are successful, it is important to note that the remedies available in New Zealand for judicial review claims are limited, particularly under Bill of Rights Act cases. What we are seeking is a declaration that the MIQ system, in the way it is operated and established, is unlawful, unreasonable and a breach of the New Zealand Bill of Rights Act 1990. If such a declaration is granted, this may influence the Government’s decision to revisit the current operation and management of the MIQ system, or it may not. It is also the case that the Courts may decide the MIQ system is lawful and a justified limitation on the right to return. We can’t know until we bring the case, and the Judge reaches a decision. Despite potential limits on the court’s role in terms of outcomes, given that the fundamental rights of New Zealand citizens are at issue, we consider it important that the Courts are engaged to hear this case so as to perform their function as a check on Government power, and so as to signal what is or is not acceptable from a Bill of Rights perspective. It is also possible that the Government may engage with Grounded Kiwis in response to the claim and offer to revisit and/or reform the current operation and management of the MIQ system, in which case Grounded Kiwis may decide that this is a good outcome and not proceed with the case, particularly if this means that the claim is unlikely to succeed based on the Government’s concessions.

Contributions will fund this litigation, including external legal fees and court costs. Grounded Kiwis has negotiated a reduced fee with the barristers bringing this public interest case. Excess funds will be donated to mental health charities.

Many of you have been asking for an update on the case, and whether it will still be going ahead with the recent Government announcements. The short answer is YES - we are doing everything we can to ensure that the case proceeds, and that we keep our hearing date of 25-26 January 2022… more on this below.

As many of you are aware, we announced in early October that Grounded Kiwis Group Incorporated was bringing judicial review proceedings to challenge the Government’s operation of MIQ. This case has received considerable publicity in the press, and is the first systemic challenge of the MIQ system as a whole (i.e. instead of a challenge involving an individual’s particular circumstances). Since filing the case, the Government has announced its new self- isolation policy, and we believe that the case helped get us to this point. But the new policy is not yet in effect, and the Government has indicated that the Omicron variant might result in the proposed changes being revisited. Therefore, the need for oversight of Government policy and action is just as strong today as before.

When we initiated the claim, we sought $70,000 in funding based on estimates provided by counsel, and we were overwhelmed by the response, raising $72,810 in less than 24 hours. It is clear that the Government is taking the case very seriously indeed and as a result, there have been a number of hurdles along the way, which have required us to put in considerably more legal work than originally anticipated. We cannot share exact details due to the ongoing nature of the case but can confirm that much of this work is related to the sheer volume of evidence, the recent announcements, and endeavouring to maintain our urgent hearing date of 25-26 January 2022.

While some of that work has been done on a voluntary basis by committed Grounded Kiwis volunteers, we rely heavily on the work and astute insights and analysis of our barristers, Paul Radich QC and Lucila van Dam, who are investing considerably more time in managing this case than initially envisaged. All the lawyers involved are working hard – and putting in long hours – to see this landmark case brought to a hearing. We are also grateful to all those Grounded Kiwis members and others who provided affidavits for the case.

During our initial fundraising effort, we indicated that there was a possibility that we would need to raise more funds as the case proceeded. We have exhausted all of our initial funds and are now reopening our crowdfunding to raise a further $100,000 to bring the case to a hearing.

We need your help, and the help of our Grounded Kiwis community: those stuck in New Zealand with family overseas, those stuck overseas who cannot get home, those now home who had to jump through hoops to get there, and others who believe in our cause.

Before the pandemic, it was unthinkable that a New Zealand Government would ever make it so difficult for Kiwis and permanent residents to return to their land and their whānau. But it happened, and we believe that the Government’s actions must be reviewed by the High Court.

Whatever you are able to give would be immensely appreciated. Any excess funding will be donated to the Mental Health Foundation, Lifeline or other similar charities supporting the mental health of New Zealanders. As no refunds are available, please only give what you are comfortable contributing.

We are currently exploring the possibility of live-streaming the hearing so Grounded Kiwis can watch from afar. We are not yet sure if this will be possible, but watch this space. For those who are in Wellington, we will be providing details soon about how you can attend the hearing in person.

Guest Donor on 23 Jan 2022
Thanks for the effort! Hoping you can get rid of the MIQ lottery system and allow stranded NZ citizens to come back!
$100

Created by, and paying to a verified bank account of, Grounded Kiwis Group (Group)
Page Moderated
The page has been checked by our team to make sure it complies with our terms and conditions.

Want to get in touch with Grounded Kiwis Group?