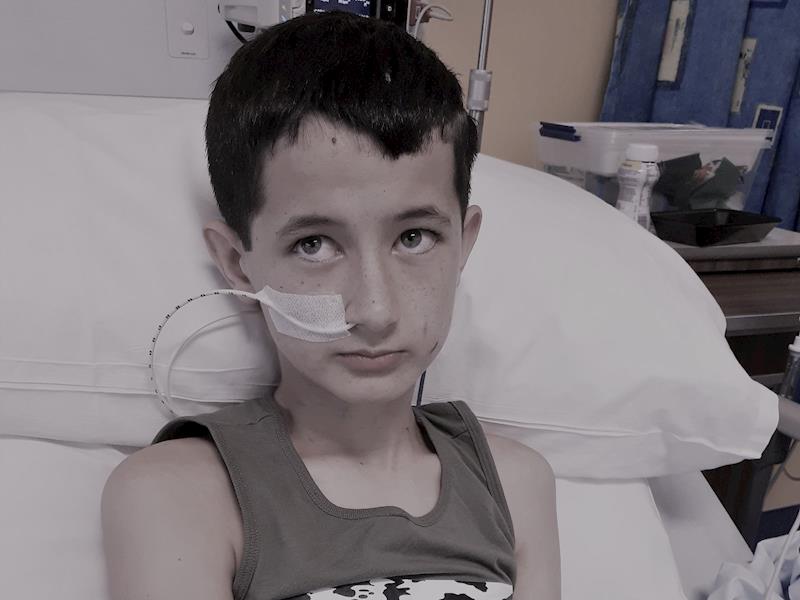 Help Malachi Fight his pain and do his Bucket List

Given by 65 generous donors in 5 weeks

Help Malachi in his fight to be pain free and keep mobile, with medical expenses, and help Malachi achieve all his bucket list dreams.

An update as been added in Updates.

Malachi is 12 years old and has fought his whole life with numerous medical conditions. Malachi has been dealt a really tough journey in life but he fights daily trying to be positive. On his good days he is busy encouraging everyone he can, he is a true blooded champion.

Malachi had his first hospital admission at only 6 weeks old and his journey in and out of hospitals has grown over the years, hospitals are common ground to him and his Mum and brothers. He developed seizures, drop attacks( his legs would paralyse underneath him) and horrific head pain. By 4 years old he had his first major brain surgery for Chiari Malformation which was paralysing him and leaving him in continuous pain. He has had numerous operations for Intracranial Pressure monitoring and had shunts inserted in his head to drain fluid from pressing around his brain.

Malachi has Chiari Malformation, Intracranial Pressure, Migraines, Scoliosis, Epilepsy, ADHD, Asthma, Eczema, his spine has fused some vertebrae which now pinch nerves and discs and he has battled with Failure to Thrive resulting in him having nasogastric tubes in his nose to be fed through and eventually a Mic-Key port in his tummy to be fed through and he can no longer grow with normal food. Mum feeds him every 3 hours for an hour and all night long via a feeding pump, she has had to give up her career to be his fulltime carer. She is raising her 4 sons on her own.

Malachi is in pain daily, does physiotherapy 3 times a day resulting in some powerful pain medications. His pain is lessened if he does hydrotherapy during and after physiotherapy. He has little muscle as they have degenerated, genetic testing has been sent overseas to find the cause of his muscles degenerating. Meanwhile with the help of Neurosurgeons, Neurologists, Paediatricains, Dieticians, Physiotherapists, Occupational Therapists and Mum he fights to save muscle, keep the painful swelling in his joints down, doing it all through a haze of at times excruciating pain caused by his medical conditions. He lives on pain meds 24 hours a day.

Malachi woke up in Starship in the High Dependency Unit and looked at all the machines he was hooked to and how he felt and made a bucket list as there were things he wanted to experience in life and didn't want to miss out on. He has been working through these. Malachi is NOT terminally ill but his conditions are life threatening.

Malachi is so delightful, he is so positive and fights so hard but I have seen him so often on his knees in pain struggling to get through physio or a bout of pain, his Mum on the floor with him every step of the way. This affects her whole family and I really want to help them.

If anyone knows Jacinda Arden, can you let us know as one of his huge wishes is to meet her and "have a chat"

There is a link below to his FB page, and there is the bucket list being added to that.

There is a video attached of some of his journey.

I'm Malachi's aunty and I want to help my nephew and his Mum with his medical expenses and to help him get the equipment he needs in his medical fight and fulfil his Bucket List.

Malachi's genetic tests come back. He does have 2 genes that have mutations in them. It is the ssme gene as Muscular dysyrophy but IS NOT Muscular dystrophy, a different mutation. He is the 3rd of 3 people in the world with this condition. There is little information about it but it is in fact a degenerative muscle condition. As there is little information about his conditions he has volunteered himself to genetic testers to have all his symptoms, medical information recorded accurately to help people in the future. Unfortubately there is no cure. He has taken this with a positive fighting spirit and is battling on despite his tired painful body.

Malachi also had a positive MRSA results which leaves him vulnerable to infections. It is resistant already to some antibiotics so that's pretty scary.

Malachi's bucket list has been almost filled with offers and he will tick through these as he is able. Any help with his Givealittle to receive medical equipment, assistance, help with medical bills and ongoing costs will be truly appreciated. Please share and help this little guy fight.

Paying to a verified bank account of Julie Agnew on behalf of Malachi Agnew
Page Moderated The page has been checked by our team to make sure it complies with our terms and conditions.

Given by 65 generous donors in 5 weeks