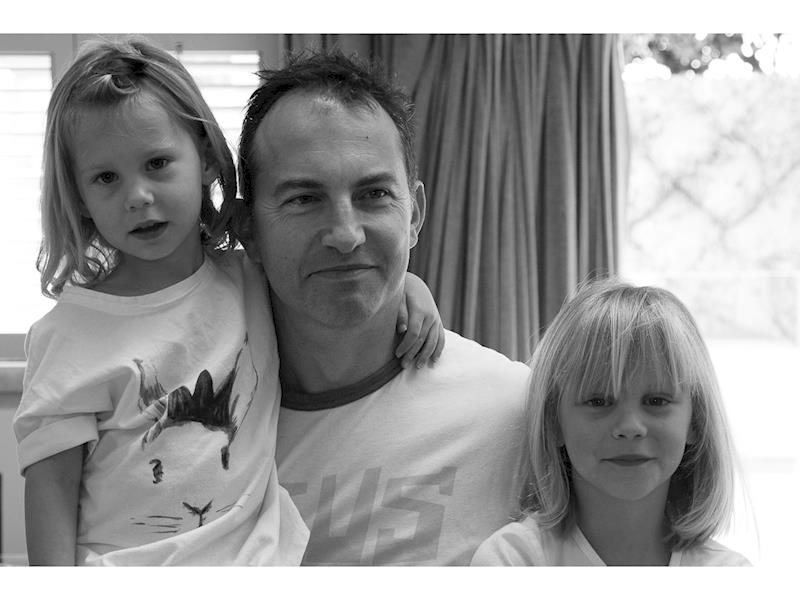 A helping hand for Andy McDowell

Closed Cause page created in the Health category by Andy McDowell

Given by 53 generous donors in around 6 months

Andy McDowell was diagnosed with Parkinson’s in 2009 at the age of 43. This fund was set up to help support him and his family.

In the past two years, his life and ability to work has become increasingly difficult due to the symptoms of the condition. His voice has weakened considerably and his dyskinesia (involuntary muscle movements caused by medication) has become more overt.

Andy is finding it more and more difficult to drive, to walk a reasonable distance or to stand for any length of time. He is concerned that it’s becoming increasingly difficult to provide for his family.

This fund will help Andy to leave a legacy so his young daughters Pearl and Lily have the opportunity for tertiary education in years to come. It will also help support Andy’s ongoing treatment and enhance his quality of life.

Parkinson’s is a progressive neurodegenerative condition with no known cure. It affects more than 10,000 New Zealanders, with men more likely to get it than women. Those affected by the condition include Muhammad Ali, Michael J. Fox and Billy Connolly.

When he first received his diagnosis, Andy wrote a poem about it for his daughters. Called Smaller, he made it into a short film which won the Grand Prize and the People’s Choice Awards at the World Parkinson Congress in Canada last year.

Andy McDowell was finally diagnosed in 2009 aged 44 but the disease had been affecting him for over a decade.

Over the last two years his life and his ability to work has become more and more difficult as his voice has weakened considerably, his dyskinesia (involuntary muscle movements caused by medication) have become more overt and his working memory function is “not what it used to be”. He has increasingly found it more and more difficult to drive, to walk a reasonable distance or to stand for any length of time.

Although only diagnosed 5 years ago Andy’s Parkinson's and the associated dyskinesia got to the stage where late last year, Auckland Hospital’s Movement Disorder specialists offered him a procedure called Deep Brain Stimulation (DBS). DBS is neurosurgical procedure that places electrodes and wires deep inside the brain. Those wires are then hooked up to a battery pack under the skin of the right shoulder. This procedure targets improvements in the physical (motor symptoms of people with Parkinson's (PWP) and smooth out the fluctuations they experience with his medication.

This procedure was completed recently, in September, and Andy has (initially) had a positive result. He reports feeling taller, getting his smile back (it is difficult to fully appreciate how wonderful this is for him - his whole demeanour and confidence has improved) and is a lot less “locked up”. However, unfortunately, DBS has had no effect on the non-motor symptoms of Parkinson's disease and does not halt it’s progression.

It is also worth pointing out that at this stage there is no foreseeable cure for Parkinson's. Yes, physicians have found certain drug combinations can reduce symptoms of the disease, BUT there are still far more questions than answers when it comes to treatment. Indeed it’s been 50 years since they had the massive breakthrough that was the discovery of Levadopa.

The recent World Parkinson Congress Andy attended in Montreal reinforced to Kate and him that the only certainties are “that regular exercise, restful sleep and reduction of stress are the things people with Parkinson’s require to help them live most fully.”

We have exactly 15 days to secure $80,000 to save our community project, we need your help!

Created by, and paying to a verified bank account of, Andy McDowell
Page Moderated The page has been checked by our team to make sure it complies with our terms and conditions.

Given by 53 generous donors in around 6 months