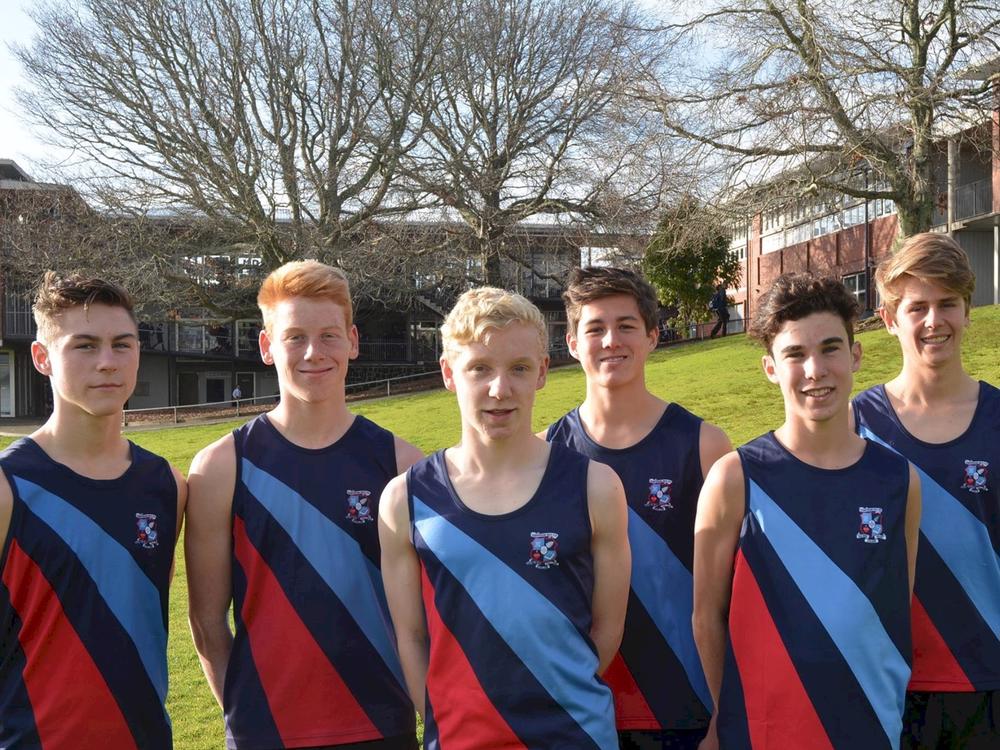 We are a team of Y11 Distance runners, bringing back the glory days of NZ distance running and aiming to be the crowned best School team in the world.

In July the New Zealand Secondary Schools Athletic Association (“NZSSAA”) announced that it had selected the Sacred Heart College six-man cross country team to represent New Zealand at the above event in April 2016.

This is a tremendous honour for the boys involved and indeed for the entire school community. The team is comprised of James Uhlenberg, Sean Paget, Liam Miller, James Matthews, Jacob Holmes and Jonathan Ansley. Dominic Grace is a reserve. Mr Rhys Taucher will also travel as the team coach.

The core of the team has been together since Year 9 when they were bronze medallists and Year 9, six-man team national title-holders at the 2013 National Secondary Schools Cross Country in Christchurch. In 2014 the team won the bronze medal (as juniors), and then in June of this year the 6-man team won GOLD and the National Senior Boys Cross Country title in Dunedin.

This achievement is all the more special as the team consists only of Year 11s and were competing against Year 12s & 13s. It is likely that this is the first time in NZSS history that a team of Year 11 students has won the Senior Boys team title. As such, all 6 boys from the winning National Senior Boys team will now travel to take on the best school teams from around the world in Budapest, Hungary next year.

The team is comprised of boys who are well rounded young Marist Men in-the-making. As individuals they are doing well academically and are involved with other sports besides running, including representing SHC in rowing, football, cycling and triathlon. The boys are all fully committed to the task of aiming to be crowned “World Secondary School Cross Country Champions” in 2016.

We would appreciate any support that you can give us. We will keep the page up to date with training progress and milestones we reach along the way.

As parents, teachers, and fellow students of these 6 boys we are very proud of their achievements to date and we wish them well on this journey to the 2016 World Secondary School Championships in Hungary next year.

Sacred Heart College is recognised as one of New Zealand’s leading Catholic boys’ schools with a current roll of 1,260. Students of the College have contributed to a rich tradition of success and achievement. 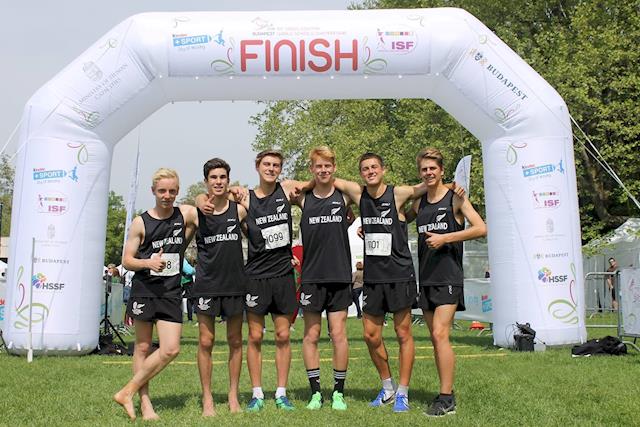 Well today was simply one out of the box.... An incredible event in a fabulous city and a 'beyond belief' result for this fantastic team of 6 boys. Our Sacred Heart Cross Country team win the SILVER medal at the World Cross Country Championships in Budapest, Hungary and give the best ever performance by a NZ team at this event. This is an outstanding achievement! These 6 boys were quite simply AWESOME and as a coach I could not be more proud of every single aspect of their planning, preparation and ultimately their performance today. Well done boys, it has been a 3 year plan, a 3 year dream, and a performance that will be remembered for a very, very long time. It has been a pleasure to be there with you on the journey!! Kia kaha RT smile emoticon

AB on 24 Apr 2016
Great Result Boys - 2nd in the World - It has been great to see all the hard work you have done training to get there.
$300
Sacred Heart College

Thank you so very much for your donation. A fantastic result for a very dedicated, talented and determined group. Something they will always remember and treasure.

Thank you very much for your donation and support of the team. It is very much appreciated by us all.

Thank you very much for your generous donation. It is very much appreciated.

Thank you very much for your donation & support of the team. It is very much appreciated.

Thank you very much for your very generous donation and support of our team. It is very much appreciated by us all.

Created by, and paying to a verified bank account of, Sacred Heart College (School)
Registered School
A registered school has legal recognition which comes with reporting and review requirements.
Page Moderated
The page has been checked by our team to make sure it complies with our terms and conditions.

Want to get in touch with Sacred Heart College?