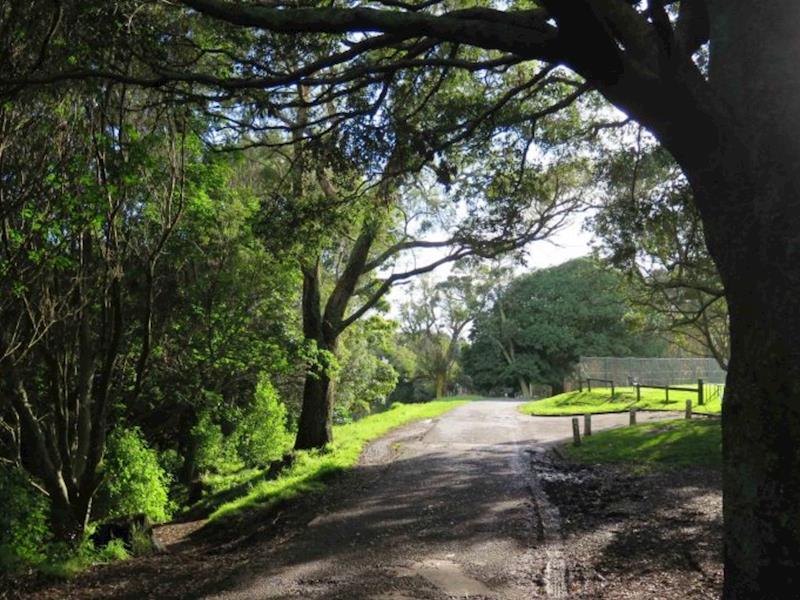 Our mission is to honour Owairaka / Mt Albert and all the life-forms she supports by preventing the needless felling of 345 healthy, mature exotic trees.

In late October 2019, the Tupuna Maunga Authority advised that 345 healthy, mature exotic trees would be removed from Owairaka-Mt Albert beginning mid November. That's nearly half of the mountain's trees! Over the next few years, it plans to plant 13,000 native shrubs, grasses and tree saplings.

Honour The Maunga was formed by a group of locals who are deeply concerned at the scale, timing and lack of community engagement around the removal of these trees. There is deep feeling in the community for this special place with it beautiful trees and wonderful birdlife. Over time our group has grown to include people from communities all over Auckland and the North Island.

Honour The Maunga supports the Authority's long-term vision to cloak the maunga in native plants but their plan to remove all exotic trees at once is very damaging and destructive - for the birds and other lifeforms, for the mountain itself, and for the surrounding environment. It makes no sense to remove so many trees during a climate emergency.

We are calling for Tupuna Maunga Authority to consult with communities and develop a new, more environmentally sound plan that allows time for native plants to reach maturity under the protective shelter of the existing exotic and native trees.

Donated funds will be used for costs associated with our campaign - eg, signage, printing of information flyers, payment of professional (eg legal/ PR/ mediation) services as needed. ECOVIS is a chartered accounting business and will be holding the Honour The Maunga funds in their trust account

Firstly, a big thank you to all of the generous people who have donated to support our tree-saving cause. Your support is helping us to continue our ongoing presence on Ōwairaka / Mt Albert, and to campaign to raise public awareness of ratepayer funded Tūpuna Maunga Authority's plans to destroy some 2500 exotic trees on Auckland's maunga (volcanic cones).

Key developments over the past few months (all covered in the News page on our website at honourthemaunga.org.nz ) have included the Judicial Review decision, which was delivered right on Christmas. Talk about the Grinch coming to town! The decision could not have been any worse from a tree saving perspective. Fortunately for Ōwairaka / Mt Albert, the Judicial Review applicants are appealing the decision, with the hearing scheduled for later in the year.

However, Tūpuna Maunga Authority is playing hardball and refused to give an undertaking that the trees would not be felled or otherwise harmed before the Appeal decision is delivered. This forced the Applicants to apply for an injunction in the Auckland High Court. Fortunately the injunction was successful, which means Ōwairaka's trees are safe for now. BUT - and it's a big but - trees on other maunga are not safe.

This is evidenced by Auckland Council having approved the Authority's non-notified resource consent to fell 160 trees (around 60% of the total tree cover) on Mt Roskill / Puketapapa. We don't know when the felling will begin - it could be days...weeks or months. But it's clear the Authority intends to get rid of them.

Another non-notified resource consent - this time for Mt Richmond / Ōtāhuhu - is in the final approval stages for felling 443 exotic trees (75% of its tree cover).

Local woman Shirley Waru (Te Rarawa o Ngāpui / Te Uri o Tai) will be leading an occupation of that maunga when the chainsaws come out and Honour the Maunga is supporting her in every way we can.

As you can see, our fight to save the maunga trees is not over so please continue to support our cause either through donations, writing Letters to the Editor, or by volunteering to help. Thank you :-)

Guest Donor on 29 May 2021
Keep up the good fight team! Don't give up till they change their rubbish PLAN
$25

Created by Honour The Maunga, paying to a verified bank account of ECOVIS KGA LIMITED (Group) on behalf of Honour The Maunga (Group)
Page Moderated The page has been checked by our team to make sure it complies with our terms and conditions.

Want to get in touch with Honour The Maunga?