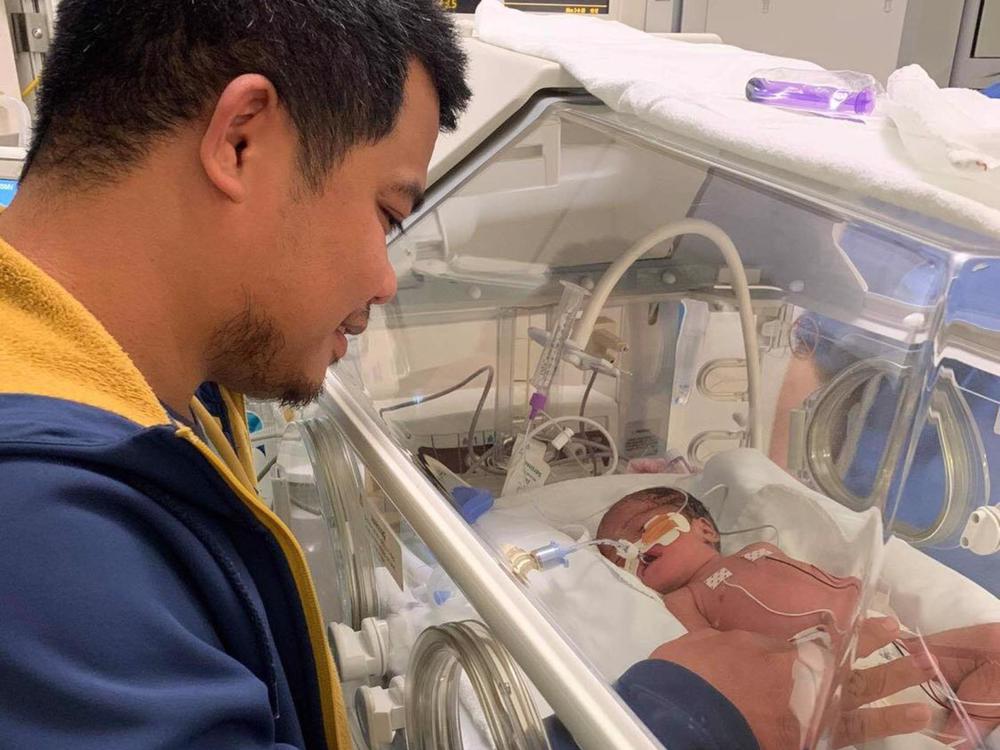 Our dear friends Heylon and Teresa are going through a challenging time, and we want to help and support them, and so can you!

Hayloon and Teresa are both wonderful ICU nurses and amazing parents to 5-year-old Nio. They were expecting baby #2 to arrive around September this year.

On the 3rd of August, after a night shift, on what was supposed to be a normal day, just before his wife's surprise baby shower, Hayloon woke up to the news that his beautiful wife had "collapsed" at work. Heylon thought it was the same fainting spell that Teresa also had a couple of weeks ago. Unfortunately, this was not the case and then the nightmare started.

As she did not wake up, she had to be admitted to ICU and have a breathing tube put in.

A CT scan of her head showed a massive bleed. Because the brain is still too swollen after the sudden bleed, the neurosurgeon deemed it was risky to do any surgery on Teresa at this stage. Mum being on sedation and critically unwell was not good for baby and so the decision was made to do an emergency C-section. Estella Marie, the one good thing that came out of this day, was born at 32 weeks as strong as her whole family combined!

Active liaising with immigration is done on the background for Teresa's family to be able to fly over to New Zealand and be with her and support Hayloon and the children.

For now, Teresa will remain in ICU asleep with a breathing tube while the medical team is doing everything they can to stabilise and monitor her until she is well enough to have surgery. Baby Estella is currently in NICU but breathing on her own! She continues to prove how amazing and fitting she is to her name, A STAR!

And, as with any other nightmare, we hope Hayloon and Teresa wake up from this.

Donations will be transferred directly to Heylon's account to help support his young family as well as Teresa's mother and sister.

Teresa is now undergoing extensive rehabilitation. It has already been a week since she was transferred up to Wakari Hospital Rehab Unit.

Once again, thank you to everyone who showered my family with their unending support throughout this challenging time.

Rebekah on 29 Oct 2020
My thoughts, aroha and prayers are with you all. You are all so amazing! Kia kaha!
Private

Guest Donor on 07 Oct 2020
Love and prayers to your whole family - our God is Saviour of the body and miracles still happen. I trust you make a full recovery.
$20

Paying to a verified bank account of Hayloon Lee Sevilla on behalf of Sevilla family
Page Moderated
The page has been checked by our team to make sure it complies with our terms and conditions.

Want to get in touch with marge caberte?