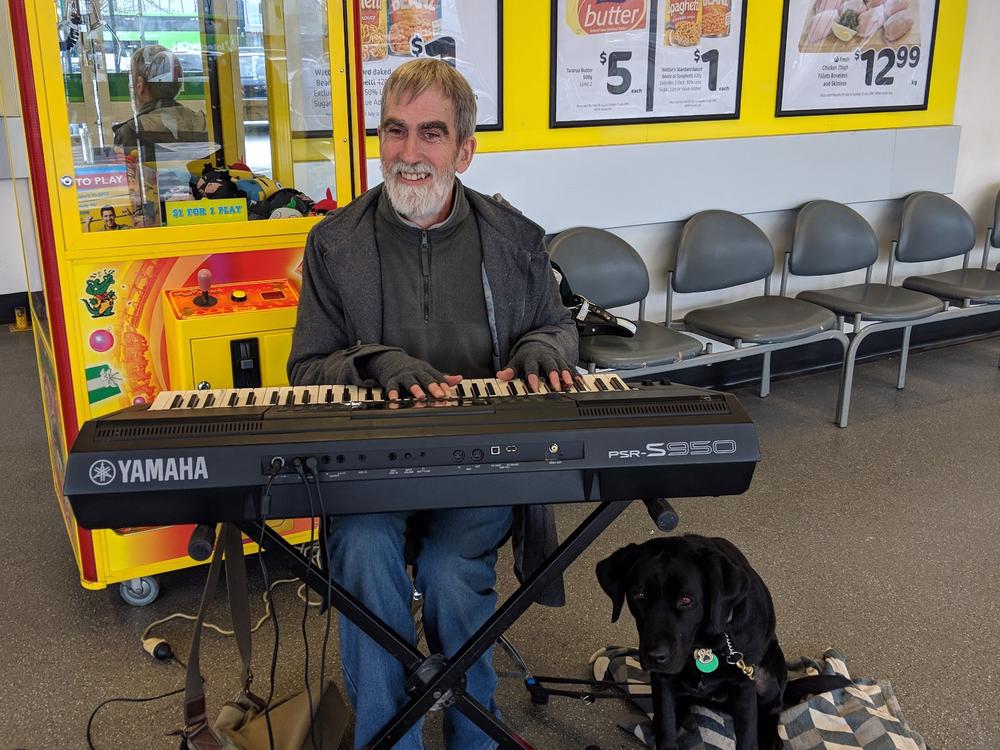 Richard Hore plays at my local supermarket with his dog every weekend for hours on end to help make his daughters dream come true.

Richard Hore comes to my local supermarket every weekend with his dog and spends seemingly endless hours playing his keyboard. He does this to help fundraise for taking his 18 year old daughter Meg, who has cancer, tick off the top thing on her bucket list and make it to Disneyland in Paris. I wanted to harness the power of the internet to see if we can help Richard make his daughter's dream come true.

Richard Hore comes to my local supermarket every weekend with his dog and spends seemingly endless hours playing his keyboard for Meg. I thought we could harness the power of the internet to help him out.

I will be giving Richard all the money raised in person, hoping it will help him take his daughter to Disneyland in paris. 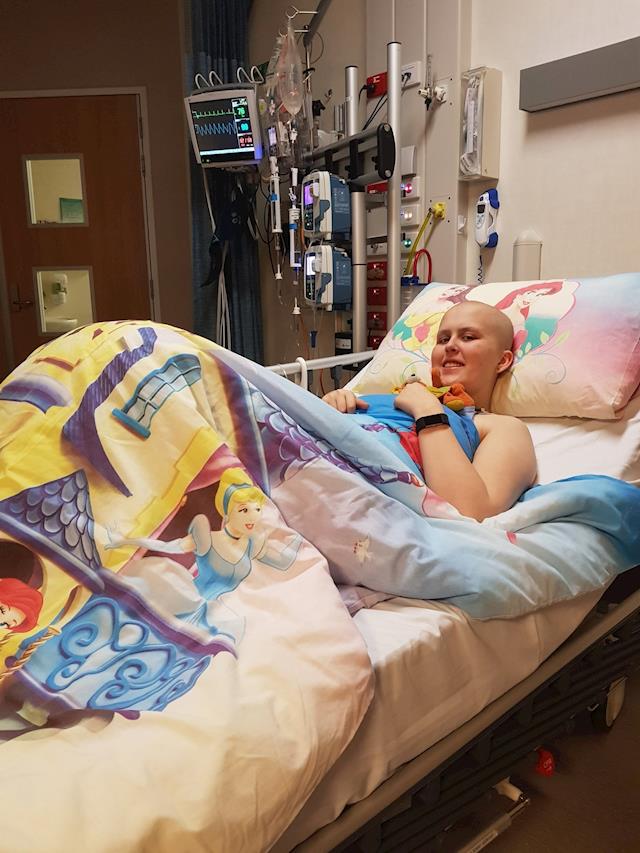 Firstly thank you for all your kind donations. We as a family are blown away by your generosity and kind inspiring words. I thought I would give you a little bit of family history. Richard was diagnosed with Retinoblastoma (cancer of the eye) when he was ten weeks old. In those days, doctors only had one option; to remove his eyes. Richard and I married 30 years ago and went on to have two delightful daughters. What we didn’t know was retinoblastoma was hereditary. Both girls got it, both were treated and kept their eyes. Life moved on like most families. Last year, however, Meg was woken one morning by cramp in one of her legs and the pain didn't stop. Within days she found the walk to school difficult and finally started to limp. We then decided to see our GP, who sent us for an x-ray. Within an hour of getting home we were called back to the GPs to be told Meg had osteosarcoma (cancer of the bone). This happened on the 2nd October. Since then Meg has had 5, almost 6, cycles of chemotherapy plus surgery to remove her fibula and muscle in her right lower leg. Unfortunately, after surgery we were told that chemo wasn’t working as well as expected and that we now had a 50-50 survival rate. She will be tested every three months for the next five years. If anything is found during that time it sadly becomes terminal.

Meg has been a Disney fan most of her life. This only grew after a trip to Disneyland in 2011. Her dream was to attend the Disney College program when she was at university. This is still her dream. Since her diagnosis she has talked a lot about all the different parks and wanting to go to them in her lifetime. These became the basis of her bucket list. We hope with hard work, saving every cent we can and your generosity to make her bucket list attainable.

Bishopspark on 13 Sep 2018
A little something to help at this challenging time, in return for all the joy Richard has given to us over the years. Bless you all
Private

Paying to a verified bank account of Richard and Marilyn Hore on behalf of Meg
Page Moderated
The page has been checked by our team to make sure it complies with our terms and conditions.

Want to get in touch with Jamie Rutledge?