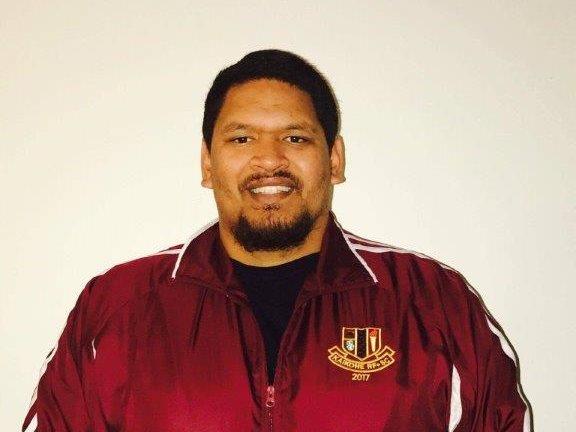 Given by 8 generous donors in 15 days

Kaikohe man Mihaka Lemon has been selected to represent the Deaf Blacks in England.

The trip will see Mihaka play rugby for the New Zealand team for deaf and hearing impaired players for the first time.

Mihaka has been playing rugby for about 13 years, and this year played in the open men's competition for Kaikohe.

After playing for Northern Marlins Deaf Rugby at the annual Easter tournament with other regional teams, Mihaka was named in the New Zealand team.

Mihaka says he is excited to pull on the black jersey and wear the silver fern.

He will meet the Deaf Blacks squad in Auckland before flying to England on October 29, and will return to New Zealand on November 14.

"I'm a bit nervous and I was surprised to be selected," he says.

Mihaka, 29, was diagnosed at the age of one of being profoundly deaf and uses sign language to communicate with others.

He says he wants people to follow their dreams.

This is not the first time Mihaka has been selected in the New Zealand team, but two events - in 2005, and 2008 - were cancelled.

He says his goal is to have some big games for the Deaf Blacks in England, where they are scheduled to play four matches.

While in England he says he "wants to touch Big Ben and see the Queen".

Mihaka is also looking forward to performing the haka, and is proud to represent his Māori background.

He says he enjoyed playing a number of sports growing up and represented Okaihau College in basketball and for their first XV rugby team.

Mihaka says the deaf players use their hands to communicate with numbers, with one finger for example meaning go forward and two meaning go to the backline for a pass.

His mother Trish is very proud.

"You can be an All Black from Kaikohe, it's normal, but it isn't for the deaf or those with special needs.

Paying to a verified bank account of Mihaka Lemon
Page Moderated The page has been checked by our team to make sure it complies with our terms and conditions.

Given by 8 generous donors in 15 days